League of Legends Wiki
Register
Don't have an account?
Sign In
Advertisement
in: Harold, Characters, Characters in Arcane (TV Series) 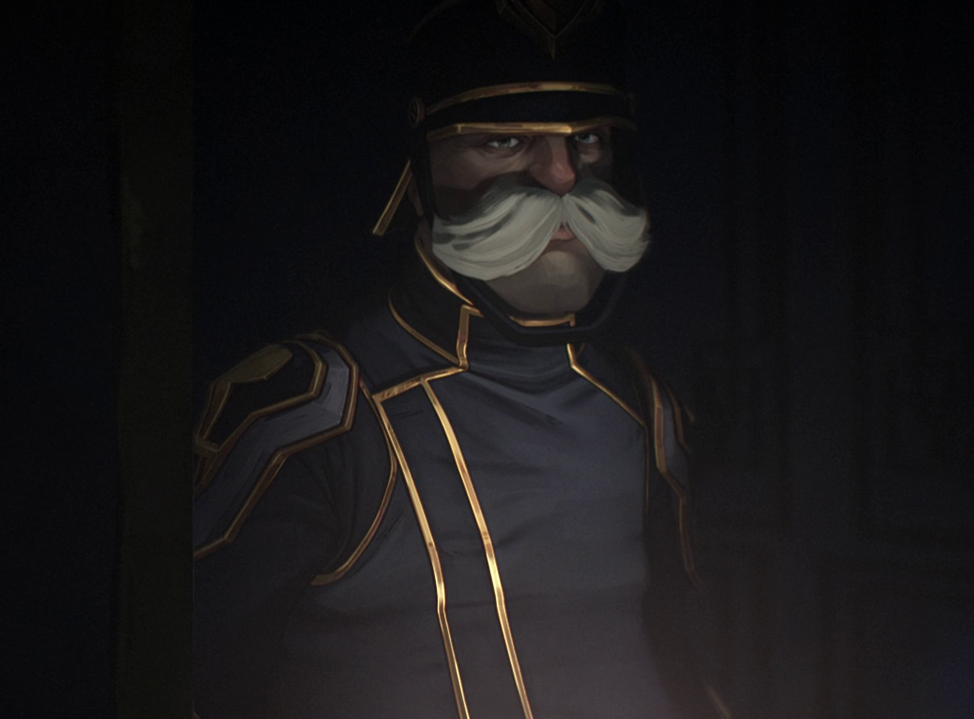 Harold is an elderly officer in Piltover.

At some point in his life Harold would joined the Enforcers. During the time when

Grayson was Sheriff, he would be tasked to patrol the Piltover Academy hallways for any would be intruders.

One evening while patrolling the hallways of the Academy, Harold was stopped by the Councilor

Mel Medarda just outside of

Heimerdinger's laboratory. Mel turned him around to walk with him in the opposite direction and engaged him in conversation, not knowing that she had just prevented him from catching

Viktor from breaking into Heimerdinger's lab.[1]

Harold is an elderly pale man, with brown eyes and gray hair, as well as sporting a large mustache. He is seen wearing his Warden uniform with navy blue colors and gold trimmings.

Not much is known about Harold's personality. He is polite and easily distracted by those who he knows and trusts.

Harold and Mel know each other well enough for her to refer to him on a first name basis.