Runeterra Prime
The Greenfang Mountains are a mountain range in eastern Demacia. It was the site of the first battle where

During the Battle of the Greenfangs, an order of warmages, known as the Arcane Fist, bombarded the Demacian troops for thirteen days. Afterwards the colossus known as

Galio awakened for the first time and single-handedly defeated the entire mage army.

The Demacians cheered. They were eager to thank the petricite sentinel that had saved them... but as quickly as he'd come to life, their fearsome protector had ceased moving, returning to his pedestal, just as before. Back in the Great City, this bizarre tale was told in hushed tones by the few who had survived the Battle of the Greenfangs, and was usually received with silent incredulity. That day passed into legend—perhaps a mere allegory of ancient days to help people through hard times. 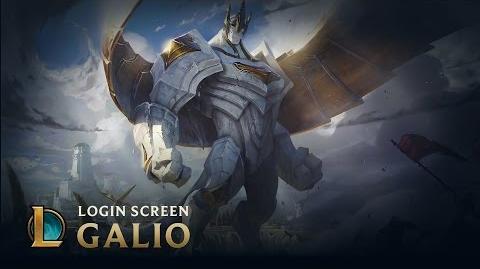