Garrison was a summoner spell in League of Legends exclusive to the Dominion game mode. It has two opposite effects, depends on the casting target. 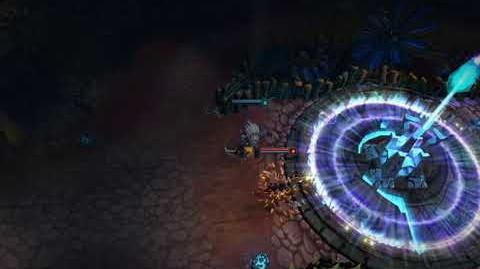