< Fizz
View source
watch 02:56
Raise a Floppa - The Loop
Do you like this video?
Play Sound 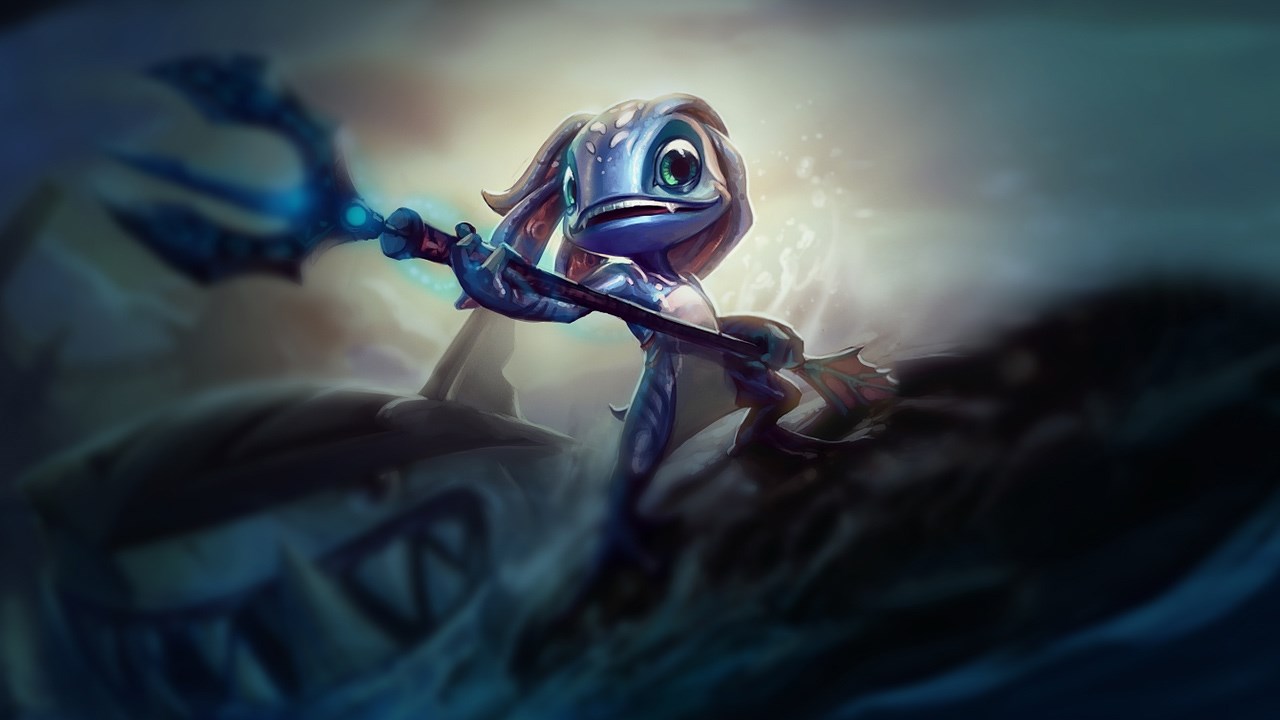 Fizz is a champion in League of Legends.[1]

reduced damage from every instance of damage, up to a maximum of 50% reduction.

dashes a fixed distance in the direction of the target enemy, and upon colliding with them or if they are still within 200 units when the dash ends, he deals them magic damage plus 100% AD physical damage and applies

Chum the Waters during Urchin Strike, but not

Active: Fizz's next basic attack within 4 seconds has an

If Seastone Trident kills its target, its

cooldown is reduced to 1 second and refunds

on-hit for the next 5 seconds.

dashes to the target location while becoming

untargetable, balancing on his trident for 0.75 seconds, during which he can cast

Trickster after 0.15 seconds into the duration.

Fizz then begins to hop off of his trident over 0.5 seconds, afterwards becoming targetable and landing to create a splash beneath him that deals magic damage to all nearby enemies and

While hopping off of the trident, Fizz may input movement commands to direct his landing.

Playful will cast at max range if cast beyond that.

dashes to the target location, hopping down and splashing onto the ground prematurely upon arrival to deal the same damage in a smaller radius but not applying the slow.

Trickster will cast at max range if cast beyond that.

Active: Fizz throws down a lure at the target location that attracts a shark, granting

sight of the area before emerging and chomping at the lure after 2 seconds, dealing magic damage to surrounding enemies,

knocking them back, though not through terrain, and

slowing them for 2 seconds. The further the lure travels in its initial flight, the larger the shark that is attracted; increasing Chum the Waters' damage, slow, eruption radius and knock back distance.

champions can intercept the lure while it is in flight, which attaches to them upon contact and causes the shark to emerge at their position after the same delay. The lure's holder is

knocked up for 1 second instead of knocked back.

Chum the Waters will cast at max range if cast beyond that. 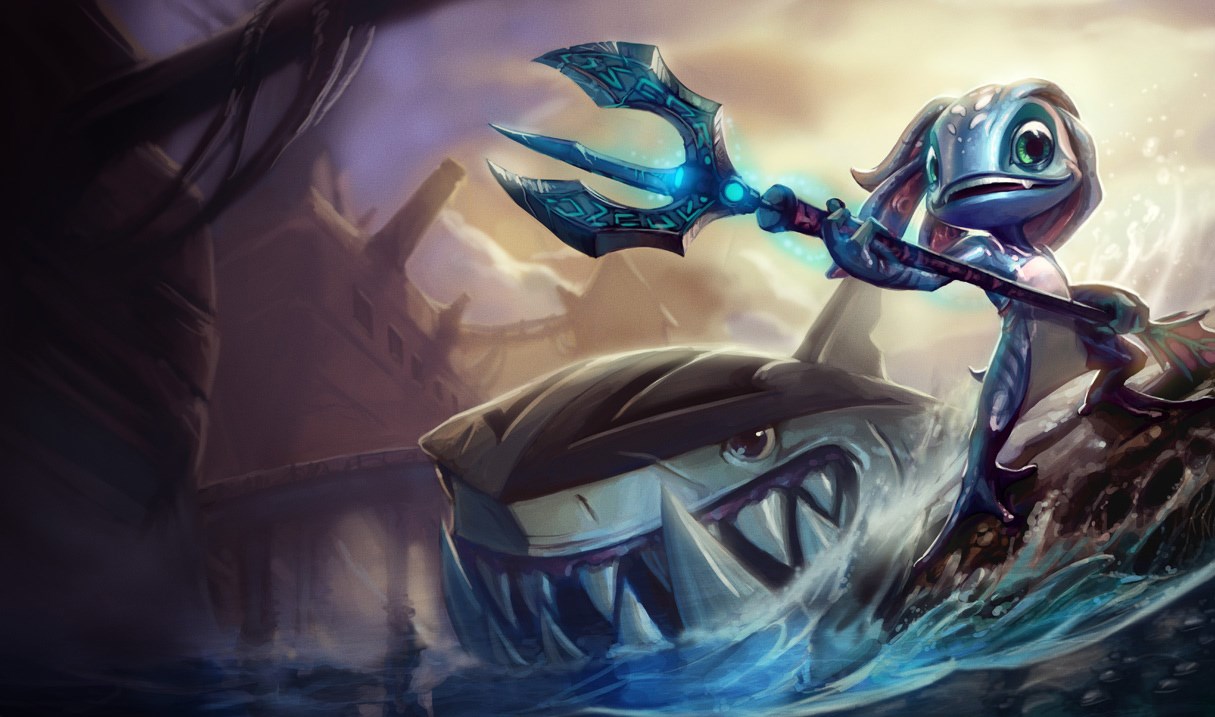 880
15.11.2011
Fizz is an amphibious yordle, who dwells among the reefs surrounding Bilgewater. He often retrieves and returns the tithes cast into the sea by superstitious captains, but even the saltiest of sailors know better than to cross him—for many are the tales of those who have underestimated this slippery character. Often mistaken for some manner of capricious ocean spirit, he seems able to command the beasts of the deep, and delights in confounding his allies and enemies alike. 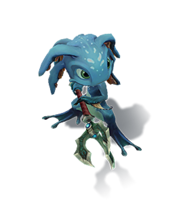 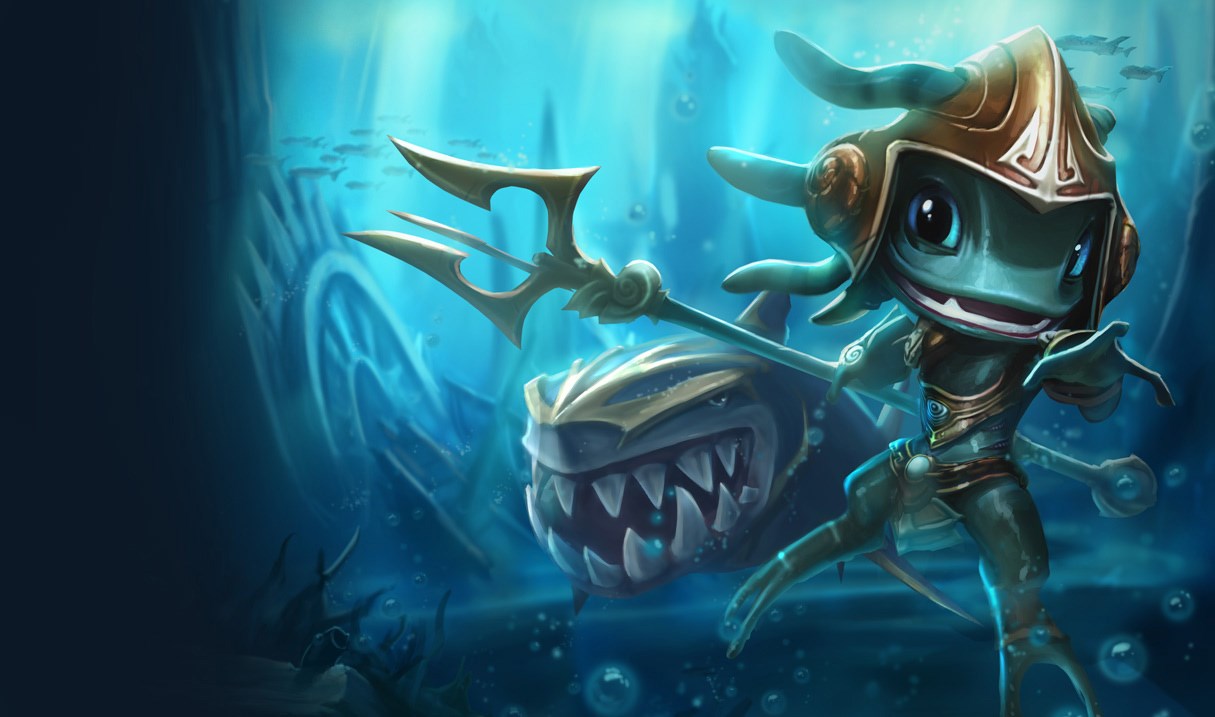 520
15.11.2011
“When I was very young, my grandfather told me stories of Atlantis—of their high temples and great undersea army, and their great General Fizz. Grandfather remembered it as it was, you see, and not the silent mausoleum it has become.” 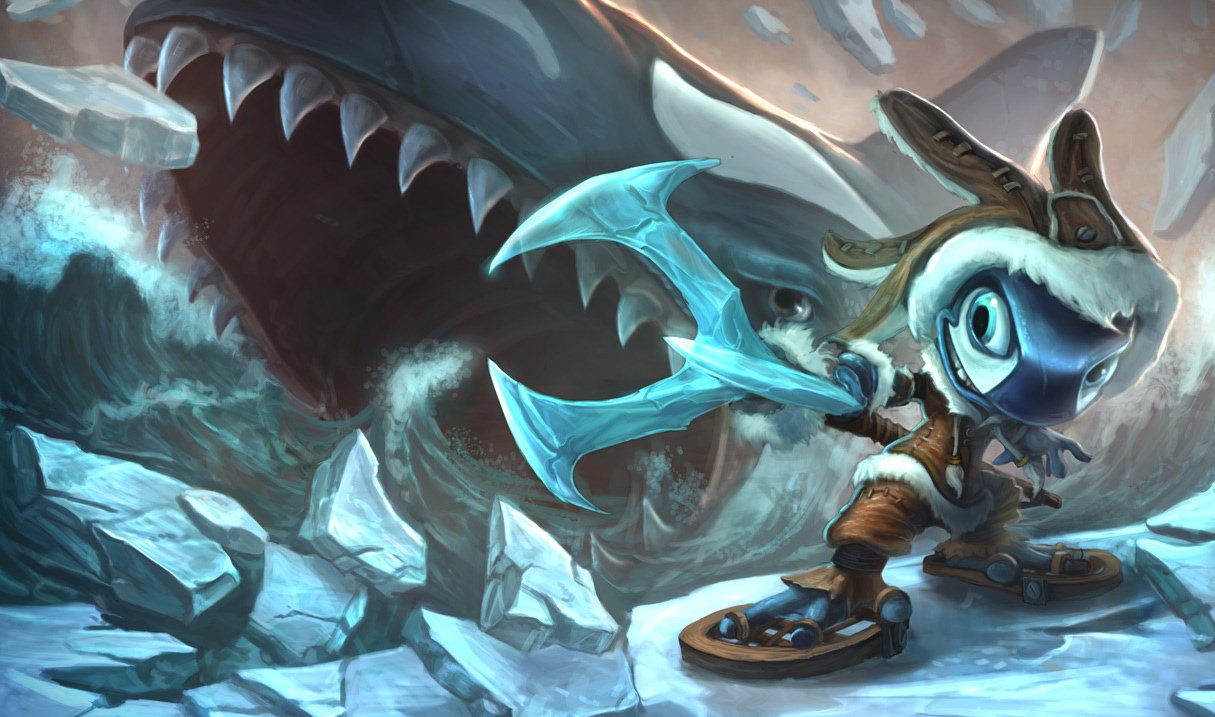 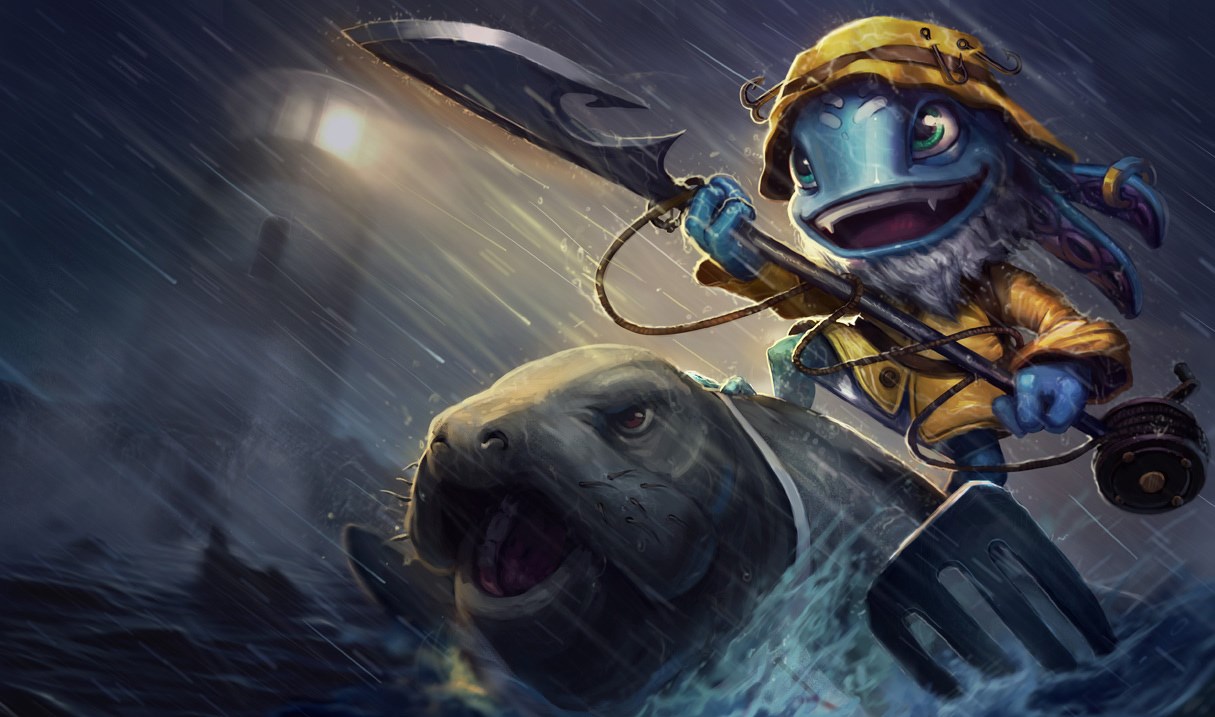 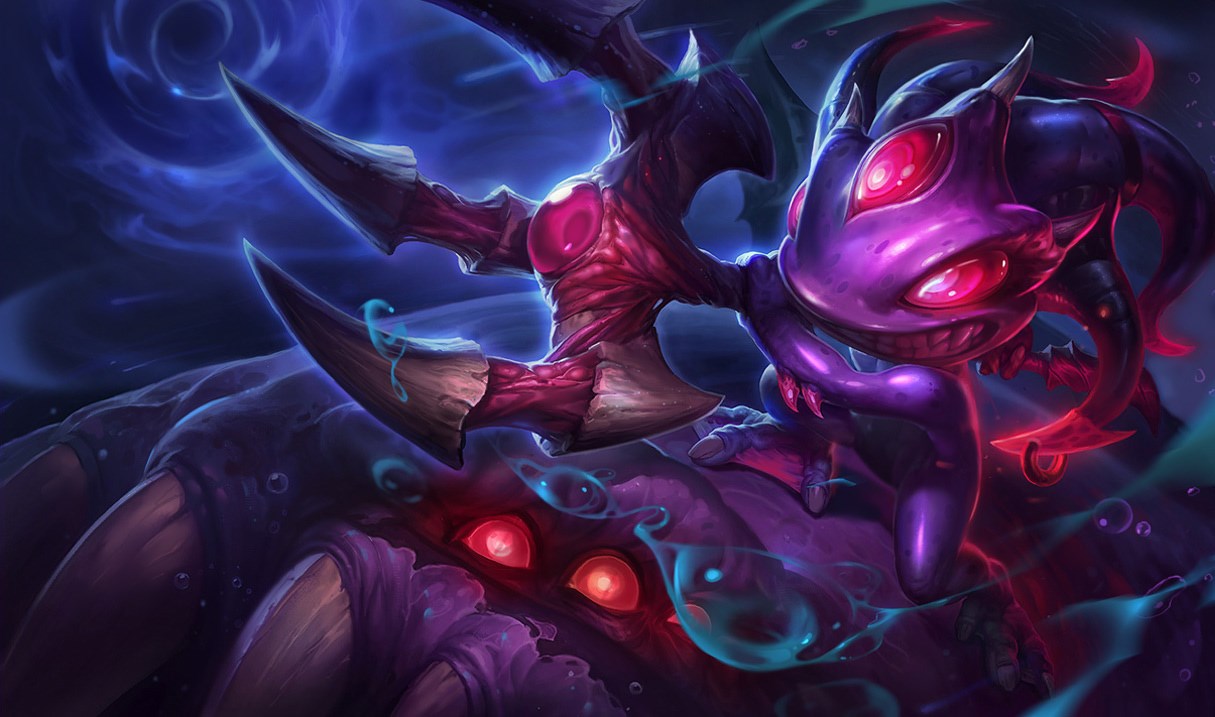 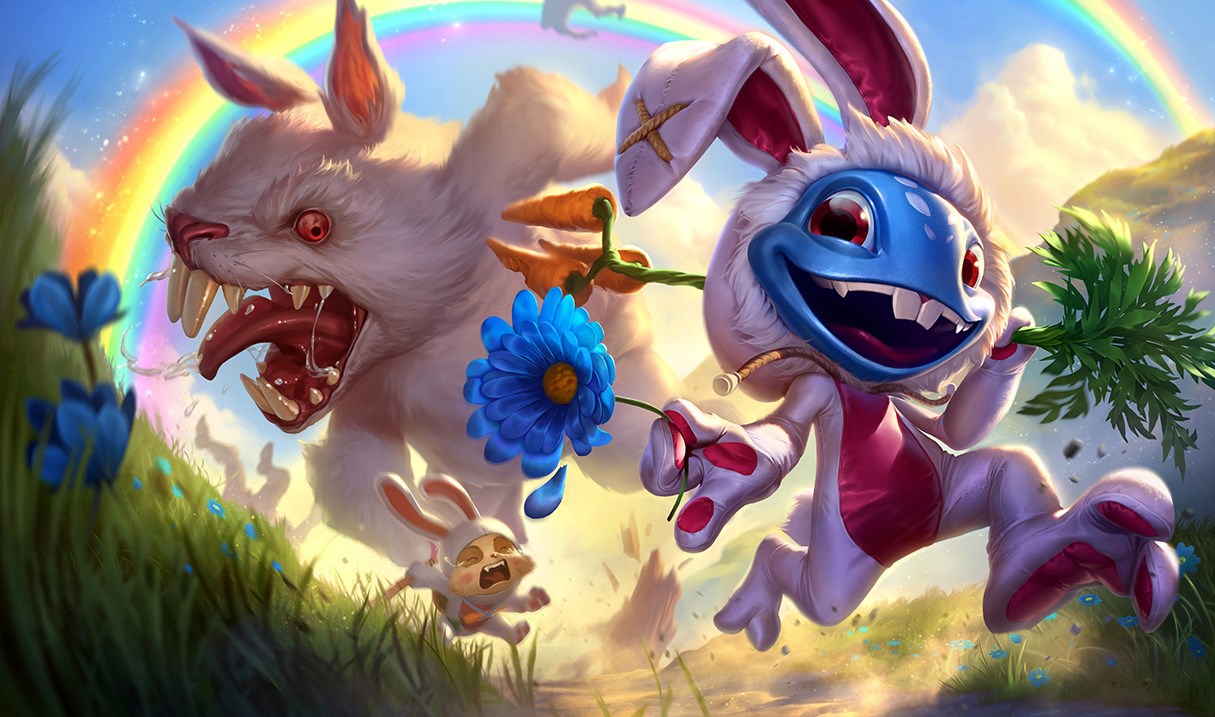 975
09.08.2015
Rising from the fluffiest depths to crush all root vegetable cohorts, Fizz commands the greatest threat carrots have ever known—a killer rabbit with the foulest and cruelest of tempers. 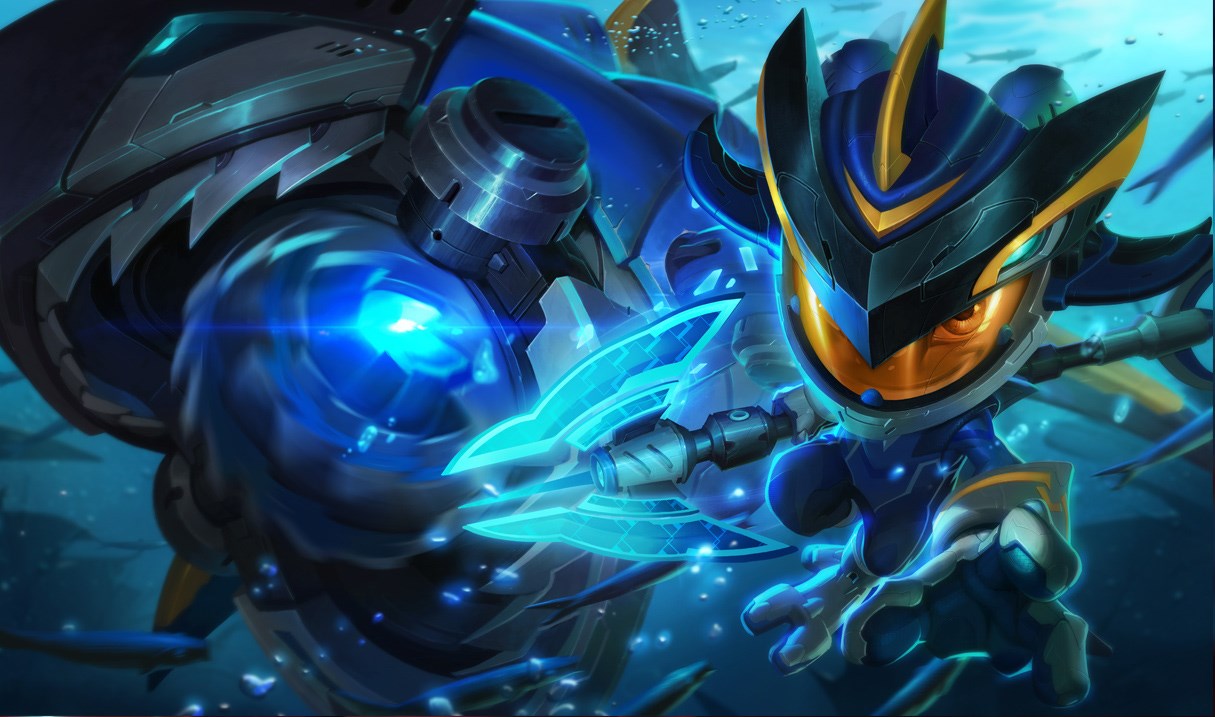 1350
25.05.2016
Nobody is quite sure how Fizz graduated the Super Galaxy academy, but one thing's for certain: no other pilot (or space fish) can summon a mecha-gigalodon from seemingly out of nowhere. Not that anyone should in the first place… 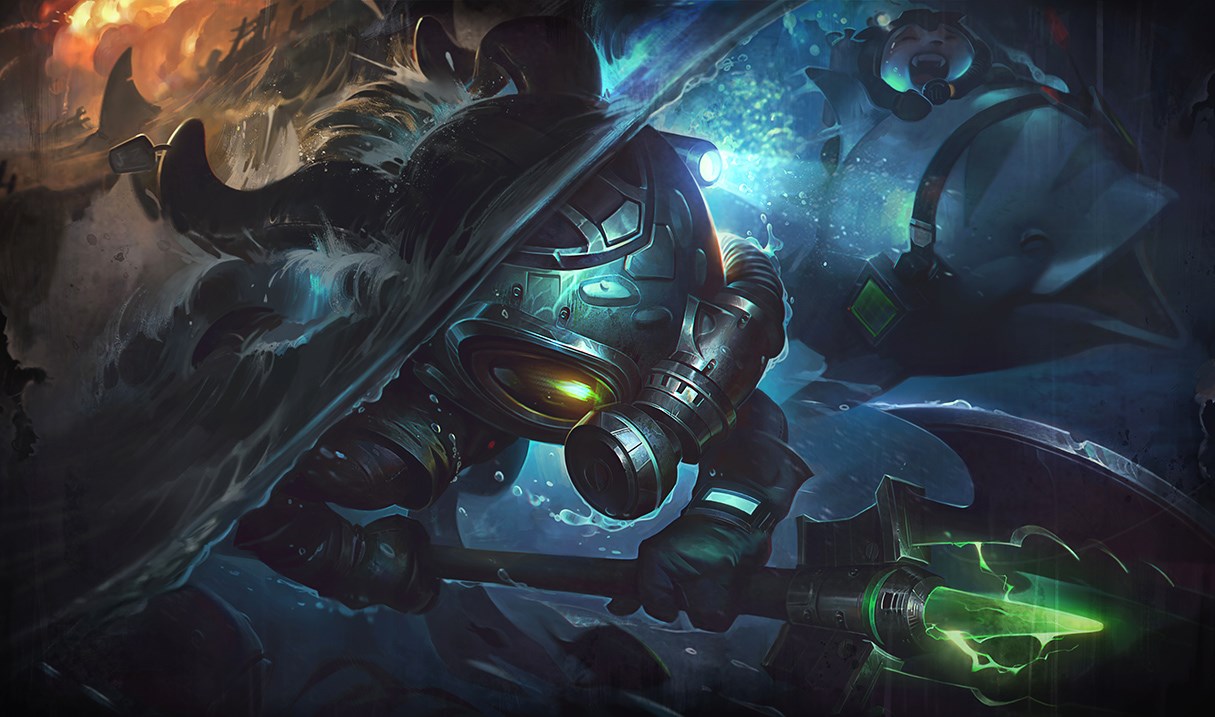 1350
26.07.2017
Omega Squad's saboteur, Fizz is skilled in underwater combat. It is unclear what kind of action he saw before joining up, however, as he only ever refers to the sea as “a big bucket of chum.” 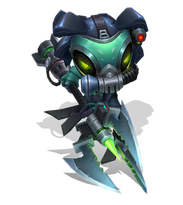 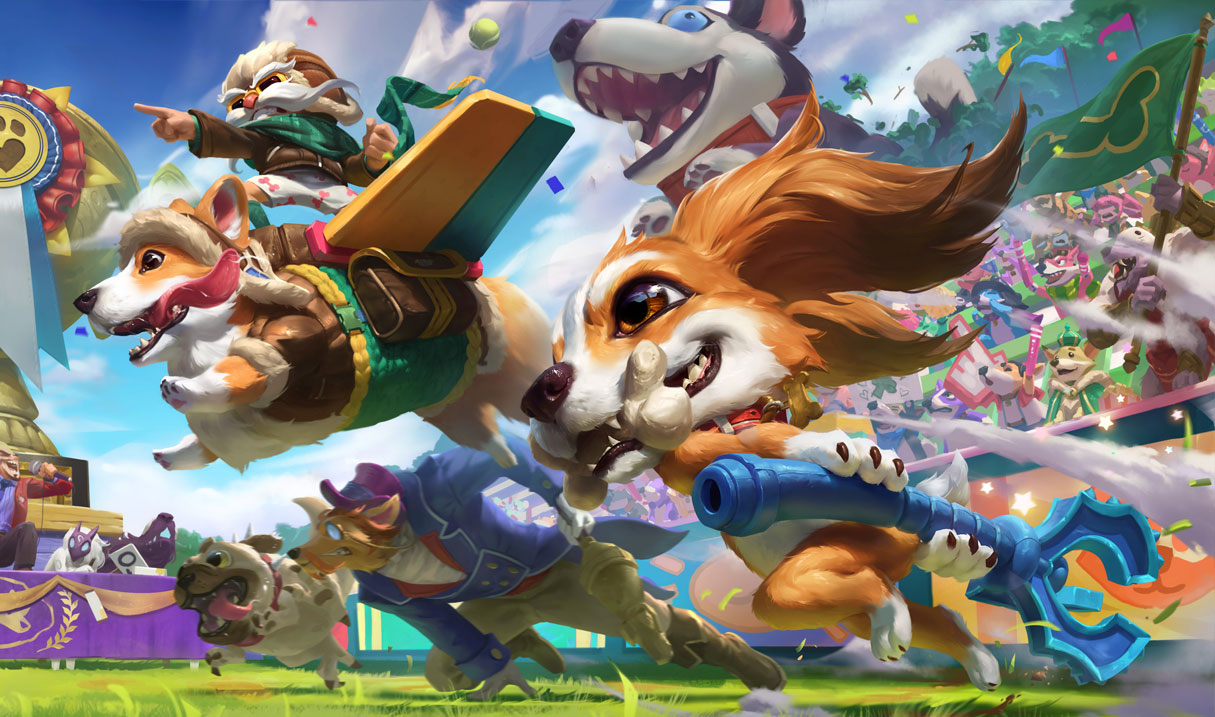 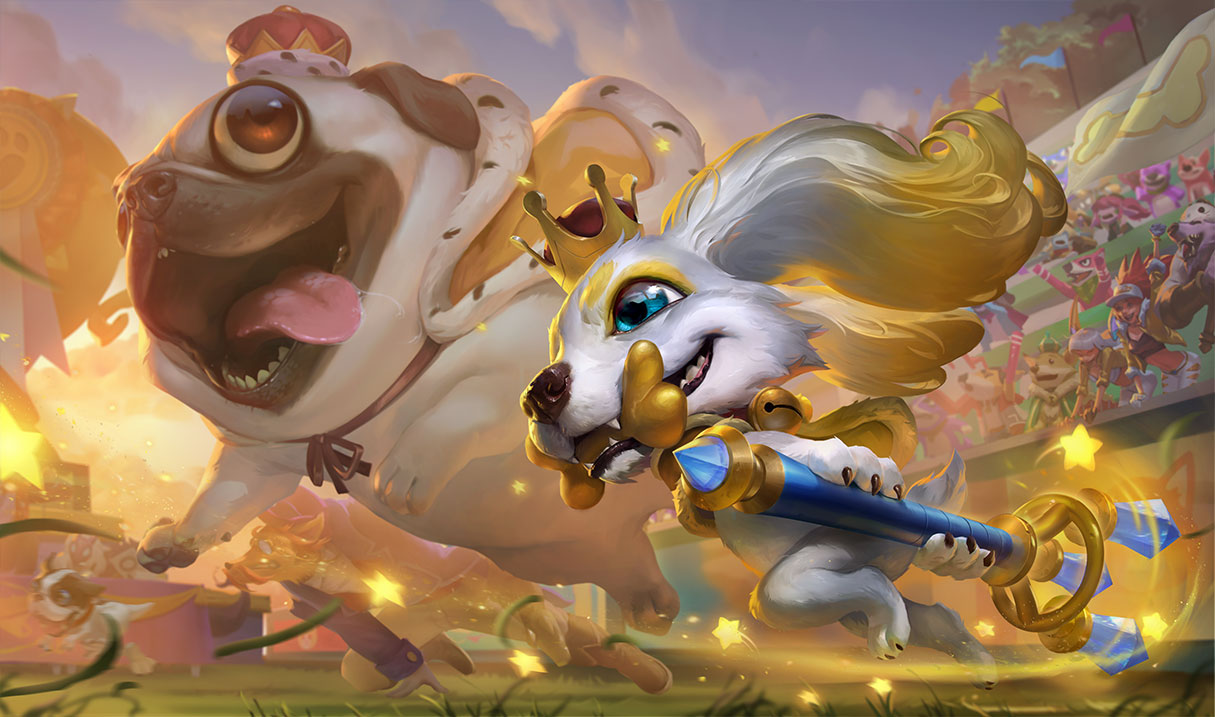 Prestige Fuzz
View in 3D
Special
27.03.2019
There's something deeply unnerving about a bipedal Cocker Spaniel mix running around society unchecked, stabbing pedestrians with a tennis ball grabber, and summoning other, bigger dogs out of the ground. And yet, here we all are. Together. 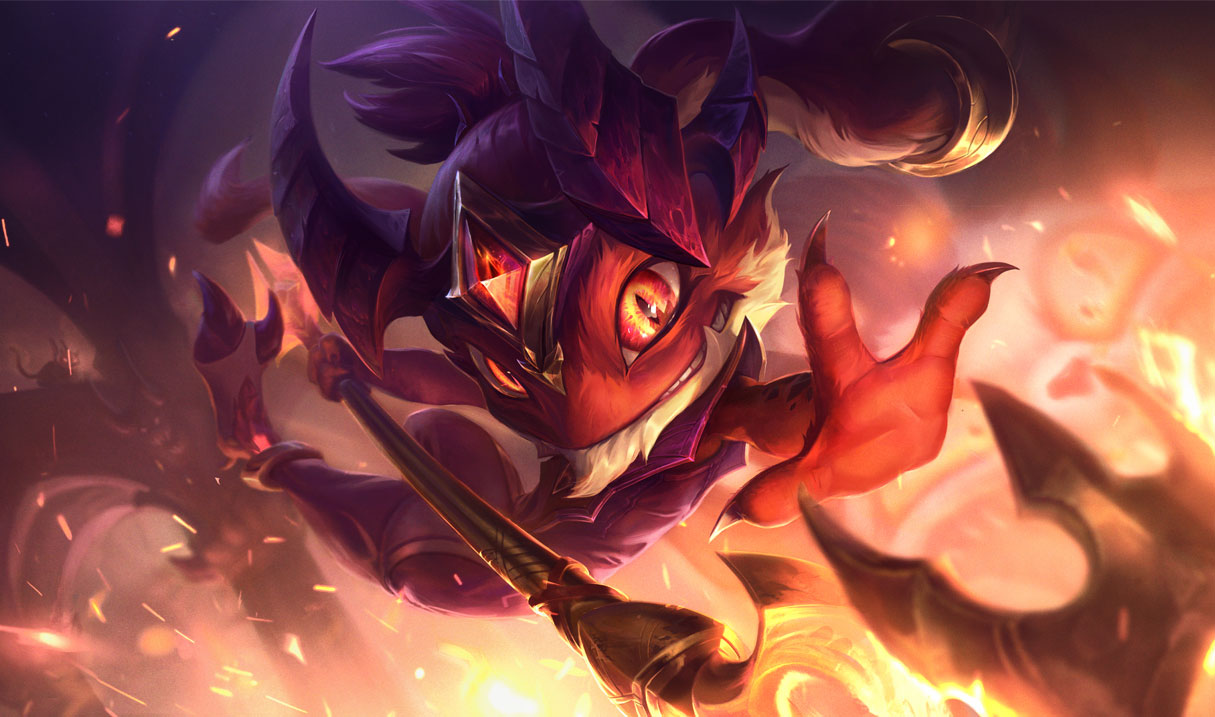 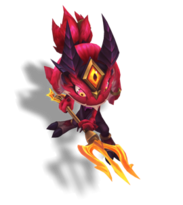