Unique – Trinket: Reveals an area for 2 seconds. Enemy champions inside the area at the time of placement will be

revealed for 5 seconds. This does not affect stealthed champions. Also places a visible

Farsight Ward at the target location that lasts indefinitely (198 − 99 (based on average of all champion levels) second cooldown; 4000 range).

Limited to 1 Trinket item. Switching to another trinket keeps the current cooldown, if there is any.

Cannot be purchased until level 9.

Farsight Alteration is a basic trinket item in

League of Legends. Cannot be purchased until level 9. 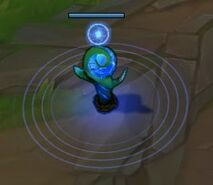 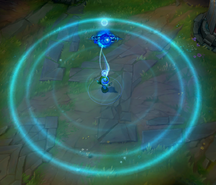