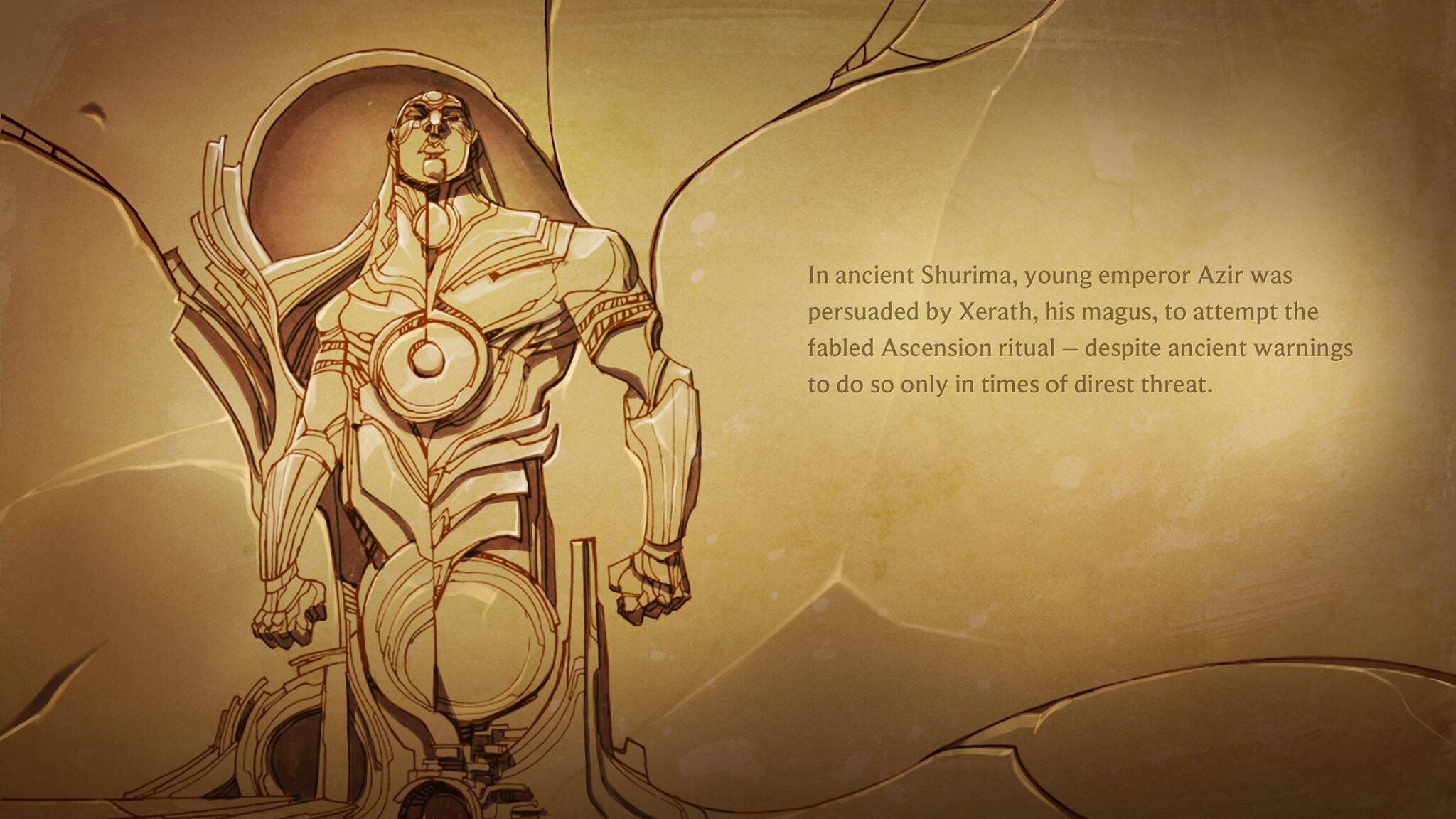 "In ancient Shurima, young emperor Azir was persuaded by Xerath, his magus, to attempt the fabled Ascension ritual – despite ancient warnings to do so only in times of direst threat." 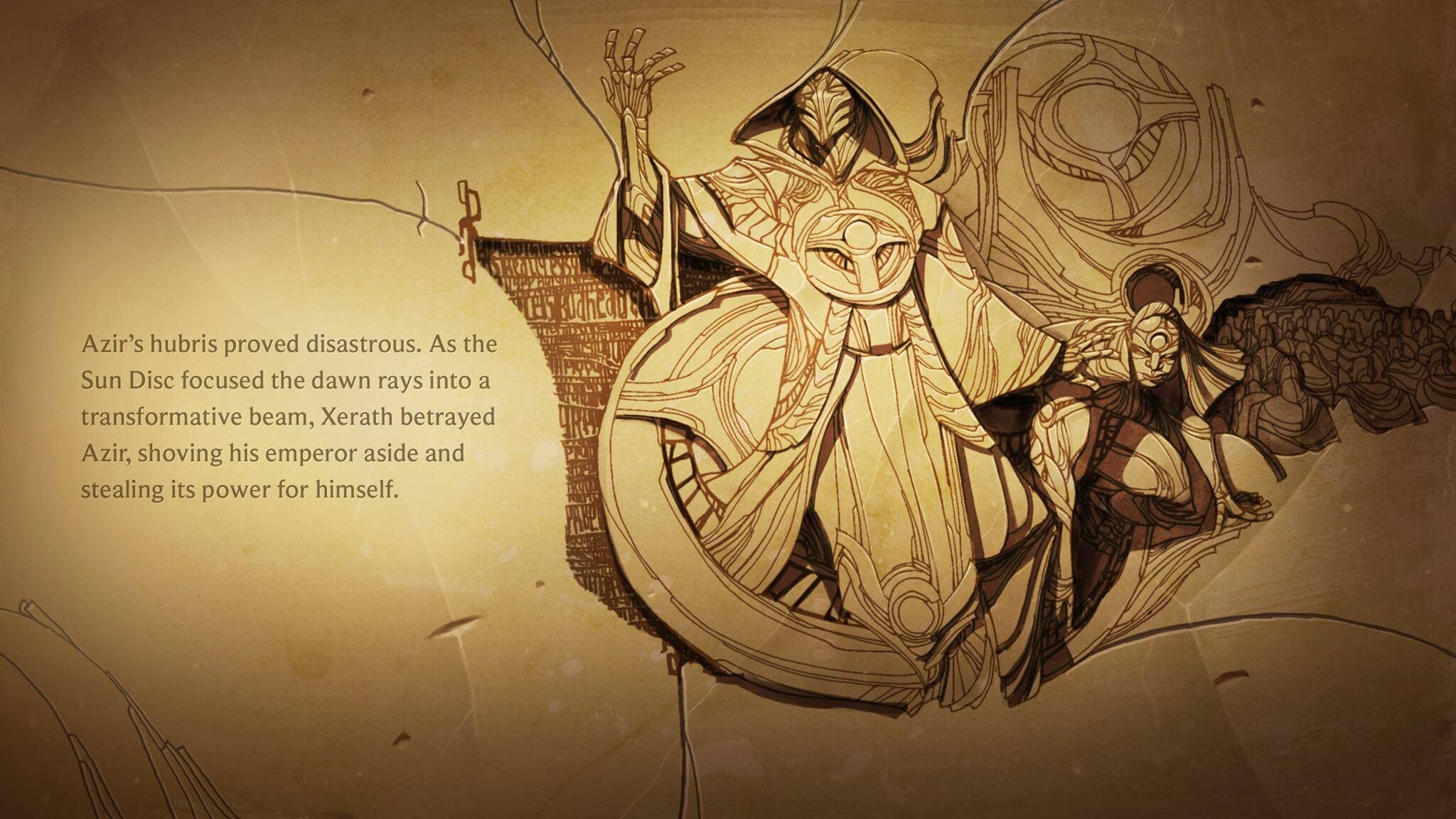 "Azir's hubris proved disastrous. As the Sun Disc focused the dawn rays into a transformative beam, Xerath betrayed Azir, shoving his emperor aside and stealing its power for himself." 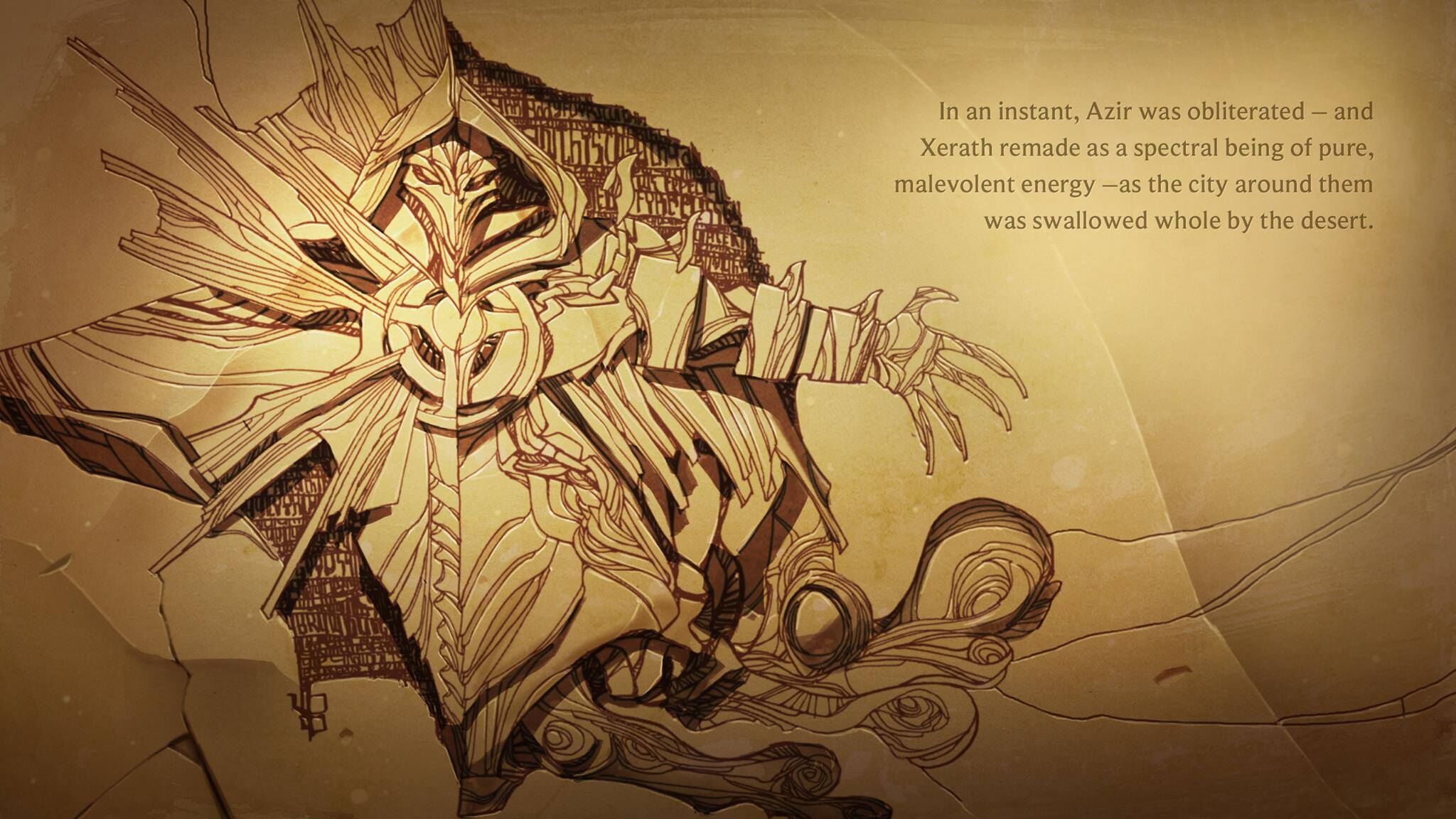 "In an instant, Azir was obliterated – and Xerath remade as a spectral being of pure, malevolent energy – as the city around them was swallowed whole by the desert." 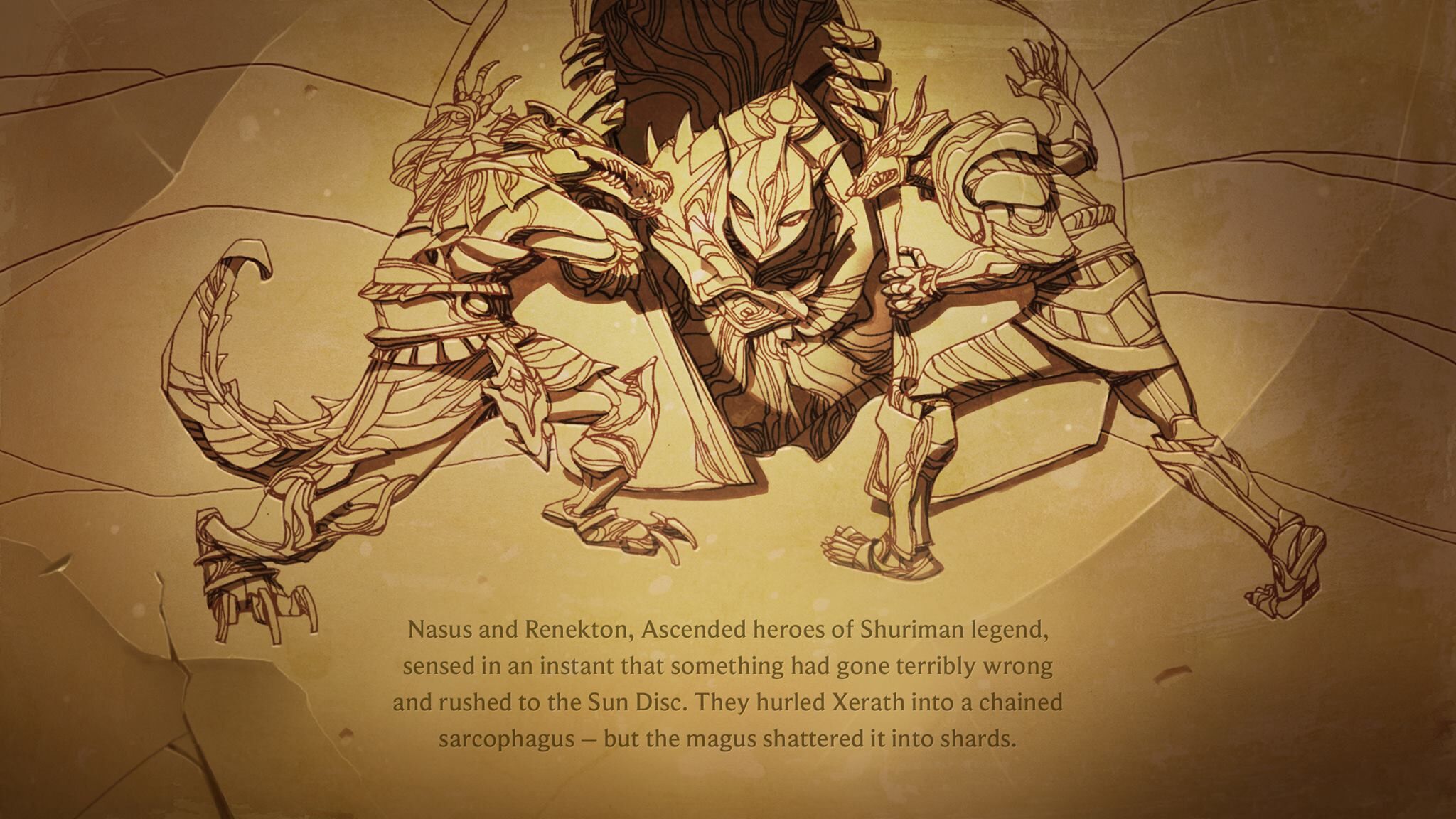 "Nasus and Renekton, Ascended heroes of Shuriman legend, sensed in an instant that something had gone terribly wrong and rushed to the Sun Disc. They hurled Xerath into a chained sarcophagus – but the magus shattered it into shards." 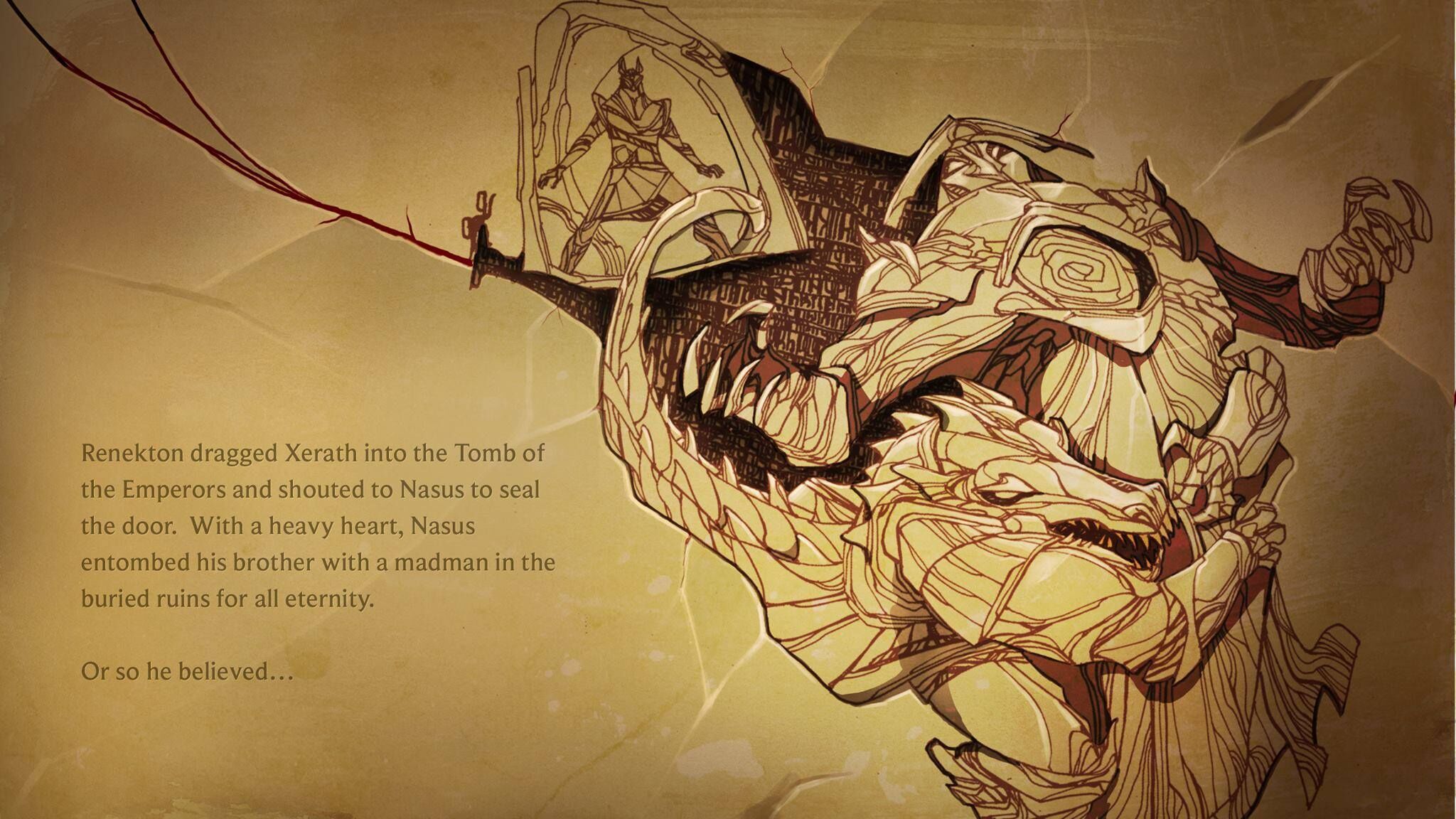 "Renekton dragged Xerath into the Tomb of the Emperors and shouted to Nasus to seal the door. With a heavy heart, Nasus entombed his brother with a madman in the buried ruins for all eternity. Or so he believed..."
▲ TOP ▲

Lore and Events
Retrieved from "https://leagueoflegends.fandom.com/wiki/Fall_of_the_Empire?oldid=3111139"
Community content is available under CC-BY-SA unless otherwise noted.