Runeterra Prime
Fae'lor is the western most island on the Ionian Archipelago. It is currently in control of Noxus. 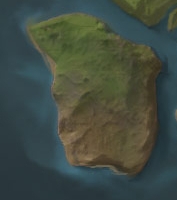 An island ravaged by war, it has since been stripped bare by Syndra's power, and the fort ripped free of its foundations.

A fragment of esoteric lore, discovered after the attack on the Noxian fortress at Fae'lor. The author(s) and provenance are unknown.

The compendium shows several types of demons that branch out from three root branches, the primary one being Fear. The types of demons that spawn from Fear are: Nightmare, Secrets (which further branches out to Obsession), and Delirium (which further branches out to Bliss and Frenzy), and currently unknown branches. Nine inscriptions of what are hinted to be Azakana. Around the branches, several images can be seen, such as the image of Raum, Fiddlesticks' key, and an image showing 10 circles.

The inscription is written in a currently unknown language, possibly connected to Ochnun or the Noxian writing system, as it was found in a Noxian stronghold. 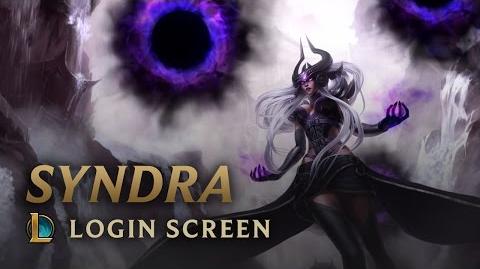