Face of the Mountain

Timeworn Face of the Mountain.

Face of the Mountain
edit

Unique – Deadly Phalanx: Grant a shield to yourself and an ally equal to 10% of your maximum health for 4 seconds. After 4 seconds, the shield explodes to

Unique – Spoils of War: Melee basic attacks execute minions below 340 − 680 (based on level) health. Melee autoattacks that would proc Spoils of War gain 150 bonus range and slightly increased attack speed. Killing a minion by any means heals you and the nearest allied champion for 50 (+ 2% of missing health) health and grants them kill gold. These effects require an allied champion within 1050 units of the user (20 seconds recharge time; 4 charges).
Unique – Bandit: Grants

Face of the Mountain was a legendary item in

Eye of the Equinox 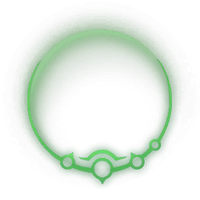