XP) by playing games and completing missions (when missions are available). When a summoner reaches a certain amounts of experience points they increase their summoner's level.

The level of a summoner determines whether they can access some features of the game. Most prominently, a summoner level of 30 or higher is required to play ranked games.

Each time a summoner reaches a new level they receive a reward. The most common reward is a champion capsule, which contains up to 5 champion shards and sometimes also 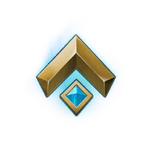 The amount of experience received for a game is determined by several rules:

Based on these factors, each game awards roughly between 50 and 300 XP, with average values around 175 XP.

The experience gained for Co-op vs. AI games is reduced for Summoners with level 10 or higher.[2]

First Win of the Day

A daily mission is available starting at level 15. It rewards you with

50 and 400 XP when winning a matchmade game. After being completed the mission will be unavailable for 20 hours. Note: The mission will not become available while a game is being played. Only games started after the 20 hour mark count towards completing this mission.

Leveling up grants access to new game modes, summoner spells, and extras such as loot and champion masteries.

Estimating the required time to level up can be done by taking one's level and noting its position beyond a multiple of 25 (except for the first two progressions: 1 to 30, and 31 to 50). Example: Leveling from 51 to 52 is faster than leveling 74 to 75, but also quicker than a player at level 49, since you're positioned at the very first level of the count (51 to 75).

The following table describes the amount of XP required to level up and some of the game content unlocked when reaching each level.[5][6]

A Masterwork Chest & Key is rewarded for completing all missions.

Rewards are given after the first game is played.

Prior to V7.22, the level system comprised 30 levels, each represented by a number from 1 to 30. Higher numbers mean more experience. Summoners start their first game at level 1 and progress until they reach level 30 after a variable number of games (typically between 300 and 400). The level system is based on the concept of Experience Points (XP). Summoners accumulate XP by playing games. When they accumulate a certain amount of XP, they progress to the next level. The level progression finishes when the Summoner reaches level 30. Reaching this level is one of the requirements to participate in Ranked games (the others are owning 20 champions and taking part in a series of placement games).

The Visual Design of League Leveling 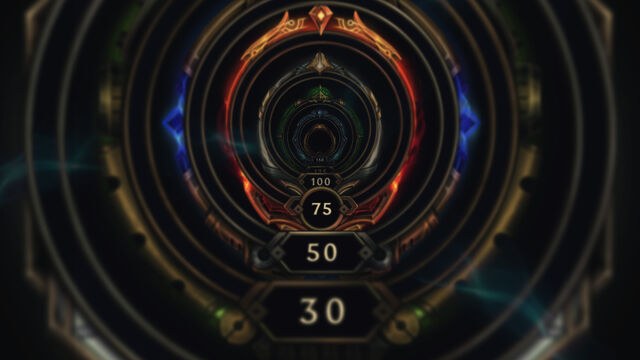 Hey guys, we're Riot_Mort and SpicyMemeDreamz, here to talk about some of the key design elements behind League's new leveling system.[7]

With the uncapped leveling system, our goal was to recognize and reward you for playing League regardless of your playstyle or skill level. We also wanted to give you the ability to progressively show off your dedication to the game in the years to come.

Since our intention was to build an uncapped leveling system that could grow with you, we had to think early about how the visual language could scale with those conventions. In plain speak, how do we make you look cooler as you level up? We looked at a lot of systems in other games (and in real life) to see how progression feels across them all, and found that there seems to always be a point where visual representations of progression go overboard. Whether it's an adornment of stars or additional medals and materials tacking onto the sides, a visual representation of progression always runs the risk of looking the same (or unintelligible) after a certain point.

For League's system, we looked for an expression of progression that would continually feel fresh for you, but also had clear points of distinction when you were comparing your progress against that of others. To accomplish that, we first examined our existing progressions systems. We wanted strong design elements we could leverage into something new, while still maintaining a sense of familiarity. It was also a big focus of ours to provide you with goals, or checkpoints, as you level, to give you that awesome feeling of accomplishment. Being able to reach meaningful thresholds allows everyone to feel like they're working towards an achievable goal instead of grinding to infinity.

The newly launched Honor System brought a uniform color tier progression to League that will eventually be used for all methods of progress and rarity. While this was a core element that was imperative for us to implement into our own system, it also came with a unique challenge based on the system we were building. With leveling being uncapped, it would make it nearly impossible to ever reach that highest tier color (as well as create a situation where you feel like you're forever trapped in a single color).

Our solution was to still leverage the color tier system, but to build in a reset system where the colors would go back to the lowest color tier and scale back up at certain level milestones. This gave us room to scale up levels as high as we wanted while keeping the clear visual signifier of progression. To make sure you don't stagnate too long in a current color tier, we set a reset to happen every 100 levels. With exception to our first level progression (which starts at level 30 and changes at at 50), you'll progress every 25 levels.

Now that we had a clear way of showing tiers through colors, we still had to solve for how to make one level of green look better than the next. To solve that, we looked through the universe surrounding League of Legends to find visual elements that could accompany this color tier system and help differentiate one from another. We did many explorations that utilized elements from our game, Runeterra itself, and even skin line themes. Going through these explorations, we discovered we could dress up the surrounding areas of progression borders, as long as a few core principles stayed in place:

MAKE EACH BORDER LOOK BETTER THAN THE LAST

Follow similar shape language for core areas of the borders

Use themes to decorate, not obfuscate, the progression of a player

Since this progression is about you, we wanted to ensure that all elements of the system stayed as close to information about you as possible. This heavily influenced where and how we show leveling for yourself (and others) around the client.

At any given time, we want to make sure that you are aware of where you are in terms of progression. Bringing the level meter back to an always-visible section of the client was important to us — it gives you an easy-to-see visual element to help you decide if it's worth getting one more game in to level-up. It's always ideal if you can find information without having to try and track it down.

One of the things we agreed on pretty early was that you and your friends should be able to see each other's level. Bringing level and current progression into the player hovercard gives you a quick way to check in on your friends, see how they're doing, and compare your own level progress. That said, we also decided your level wasn't important to any particular game, so from Champ Select until the Victory (hopefully) screen, we didn't want your level shown. Level is a fun progression system, but is not a measure of your skill. That's what ranked is for! You WILL have a way to show your progression off (if you want, and we'll cover that in a sec), but it won't be exposed by any in-game system. 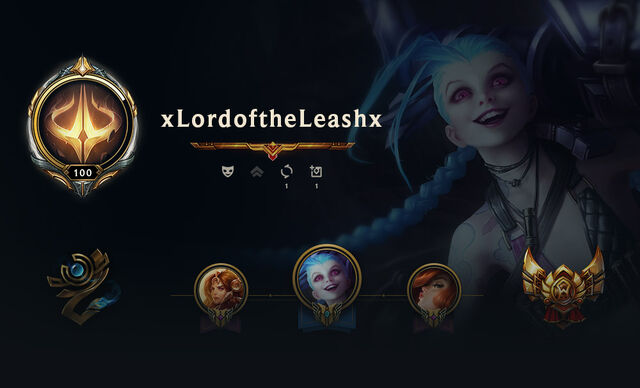 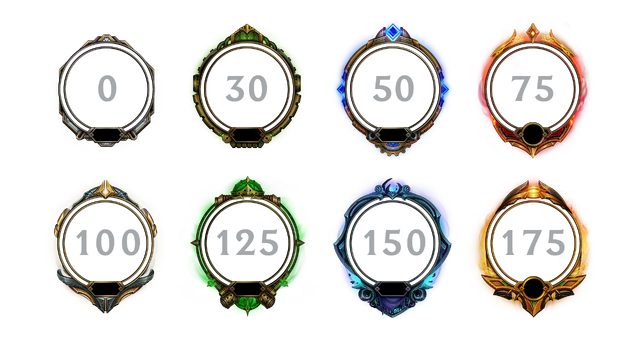 Your current level and progress will be shown on your profile, with a border that evolves as you get to higher levels. 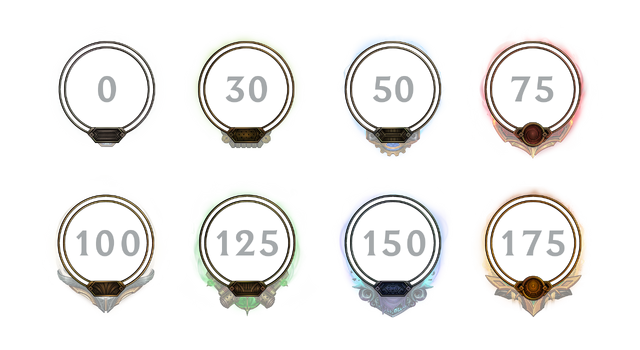 We wanted to make sure your progress is quickly visible whenever you finish a match. Bringing your progression into the end-of-game screen creates a destination during a core part of our game loop that lets you know how much you gained for that match and how close you are to reaching your next level.

For the icing on the cake, we wanted to give you the extra ability to show your level progression to others in the fields of battle. Since this system is meant to be an indicator of knowledge acquired and time played, it made sense to create a series of emotes for every major tier of the themes. So whenever you get a sweet outplay or want to show off how much time you've spent on the Rift, go ahead and smash that emote button.

We talked about a single emote that would upgrade as you leveled up. However we felt (and have seen with other things like the Honor Wards) that players favor a specific reward and like to keep using it, even if they've earned something else. If we removed that when you leveled-up, it wouldn't be ideal. Instead, if you really love the Level 50 emote, you can have it and use it forever.

We hope everyone enjoys having a little extra progression in League. You might be struggling in ranked to make progress, but now you'll always be moving forward in some way. We think that's going to feel a lot better. As always though, we're open to feedback. If you have any questions or comments, drop a note in the comments or pop by the boards!