< Evelynn
View source
watch 02:52
Roblox: DeepWoken - The Loop
Do you like this video?
Play Sound 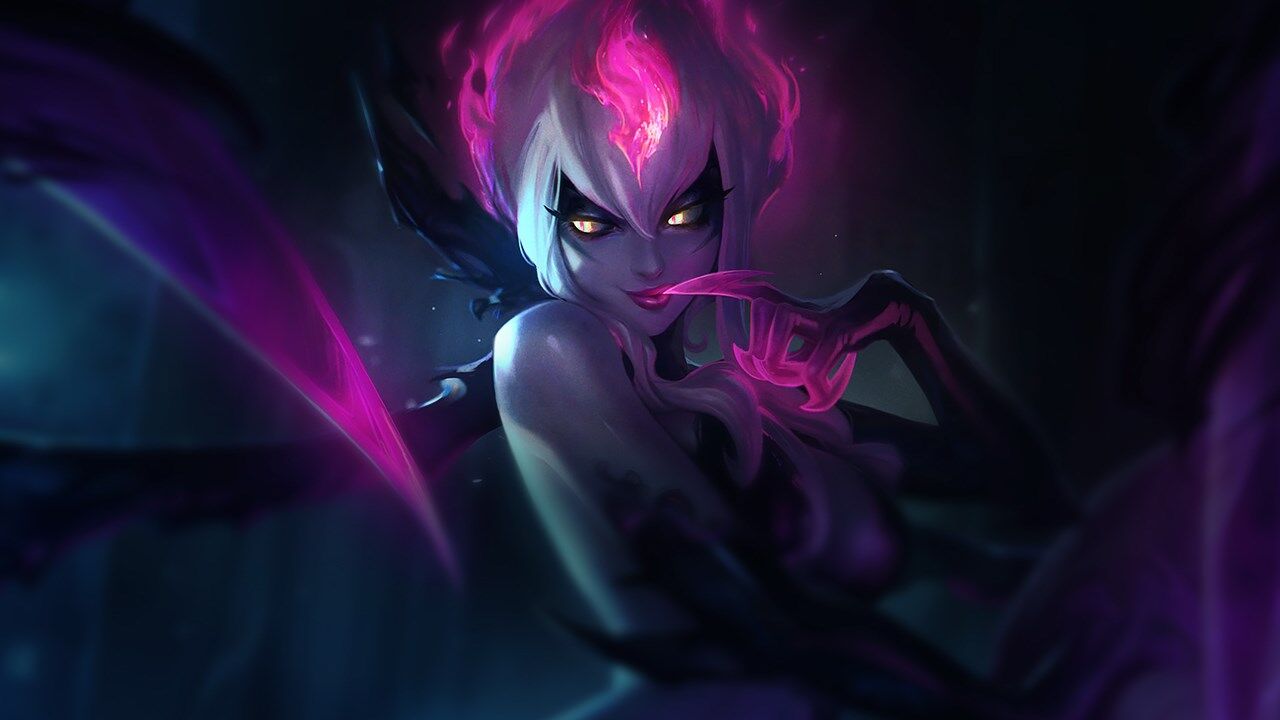 Evelynn is a champion in League of Legends.[1]

turrets ends Demon Shade immediately and puts it on a 1.5-second static cooldown.

Demon Shade: While below

heals herself for 15 − 75 (based on level) every second. From level 6 onward, Demon Shade also grants

"It's better in the dark."
Info 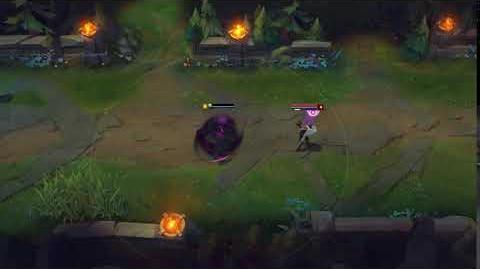 Active: Evelynn launches a dart in the target direction, dealing magic damage to the first enemy hit and marking them for 4 seconds.

Hate Spike may be recast up to 3 times at no cost until the ability comes off cooldown.

Recast: Evelynn unleashes a line of deadly spikes in the direction of her attack target if they are in range, dealing magic damage to all enemies struck. Hate Spike will first prioritize Evelynn's attack target, then the nearest

visible enemy is required to recast this ability. 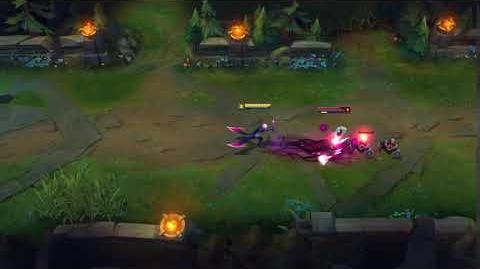 Evelynn's next basic attack or ability against the accursed target expunges them,

Expunging a target will refund Allure's

mana cost. If the target is cursed for at least 2.5 seconds, the expunge also

charms them for a few seconds and the duration of the

slow is increased to last for this time, as well as applying additional effects based on the target type.

Against champions, the expunge also

reduces their magic resistance for 4 seconds.
Against monsters, the expunge deals bonus magic damage and the

Casting Allure does not break

Demon Shade nor its fade into it. 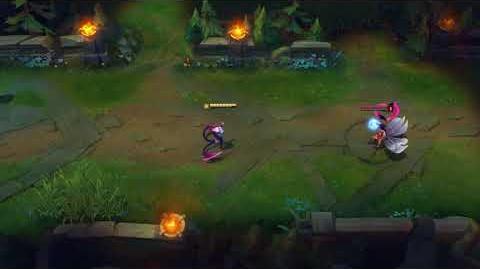 Active: Evelynn whips the target enemy with her lashers, dealing them magic damage and applying

empowers its next cast.

dashes toward the target enemy, dealing

increased damage to them upon completion as well as to all enemies within her path. On-hit effects are only applied to the primary target.

untargetable as she reveals her true form to all enemies in front of her in the target direction, before

blinking 700 units in the opposite direction and becoming targetable again.

Enemies caught in her reveal are devastated, taking magic damage, with enemies below

30% of their maximum health receiving 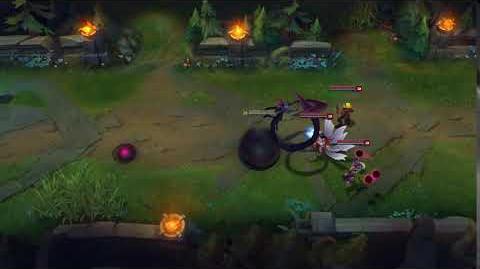 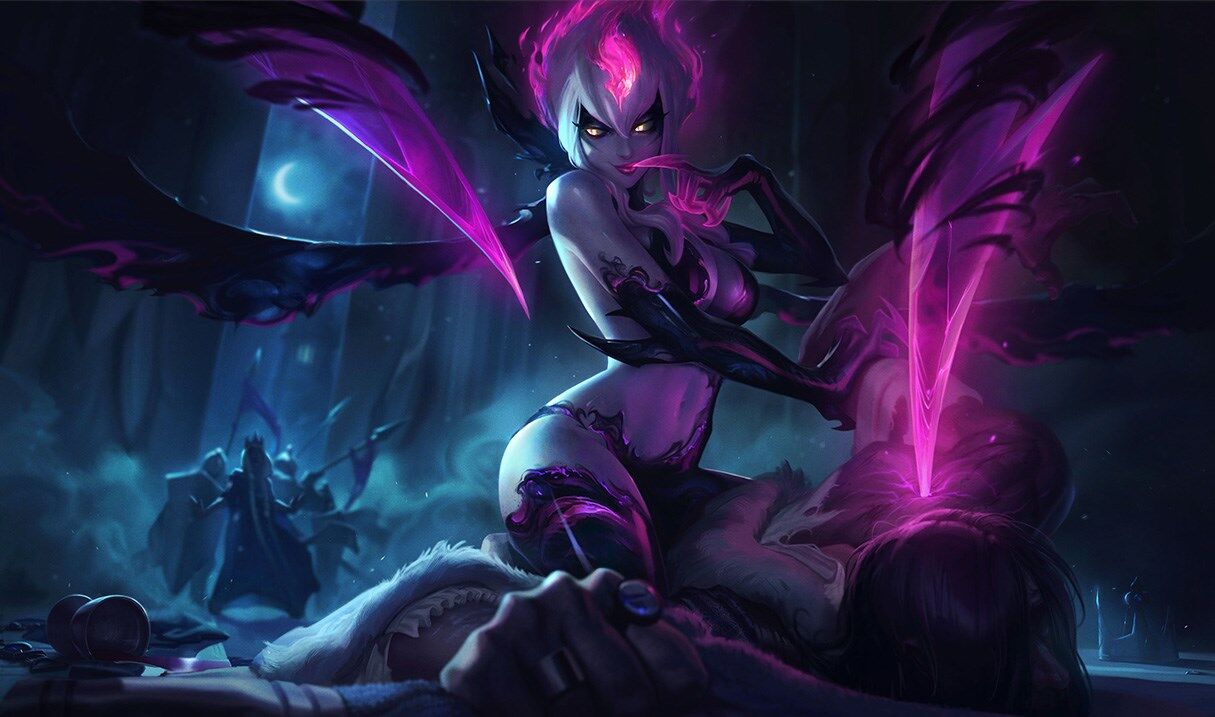 585
30.04.2009
Within the dark seams of Runeterra, the demon Evelynn searches for her next victim. She lures in prey with the voluptuous façade of a human female, but once a person succumbs to her charms, Evelynn’s true form is unleashed. She then subjects her victim to unspeakable torment, gratifying herself with their pain. To the demon, these liaisons are innocent flings. To the rest of Runeterra, they are ghoulish tales of lust gone awry and horrific reminders of the cost of wanton desire. 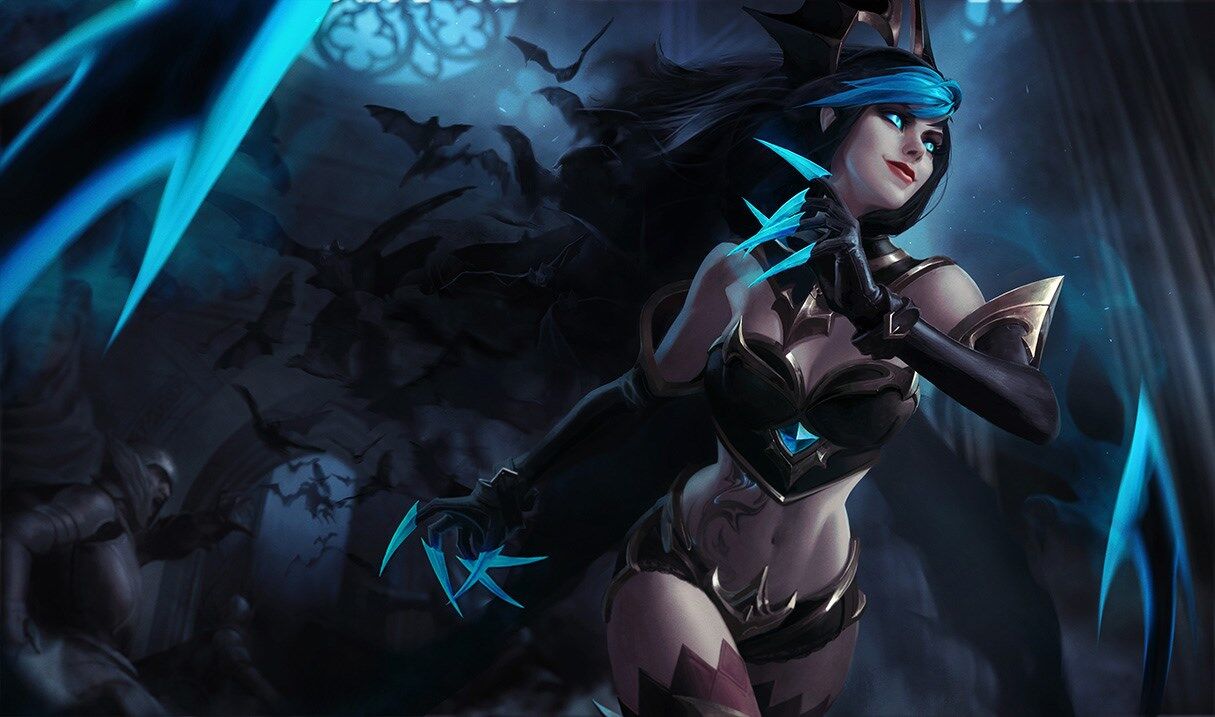 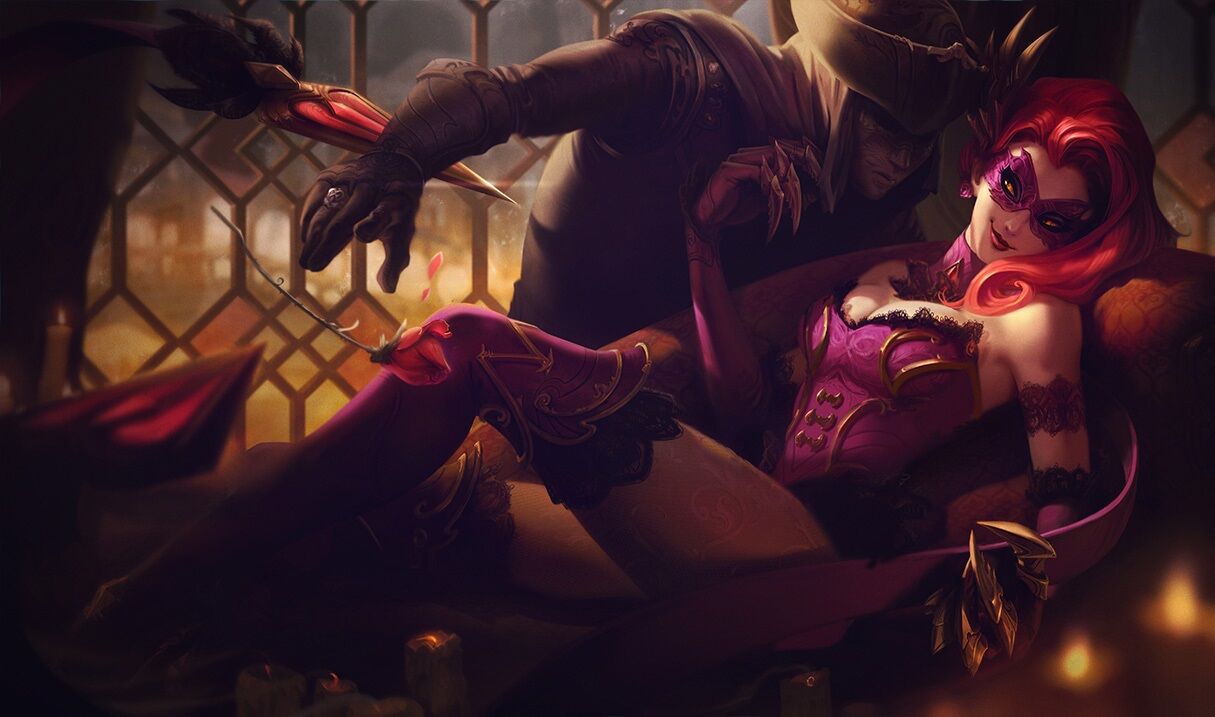 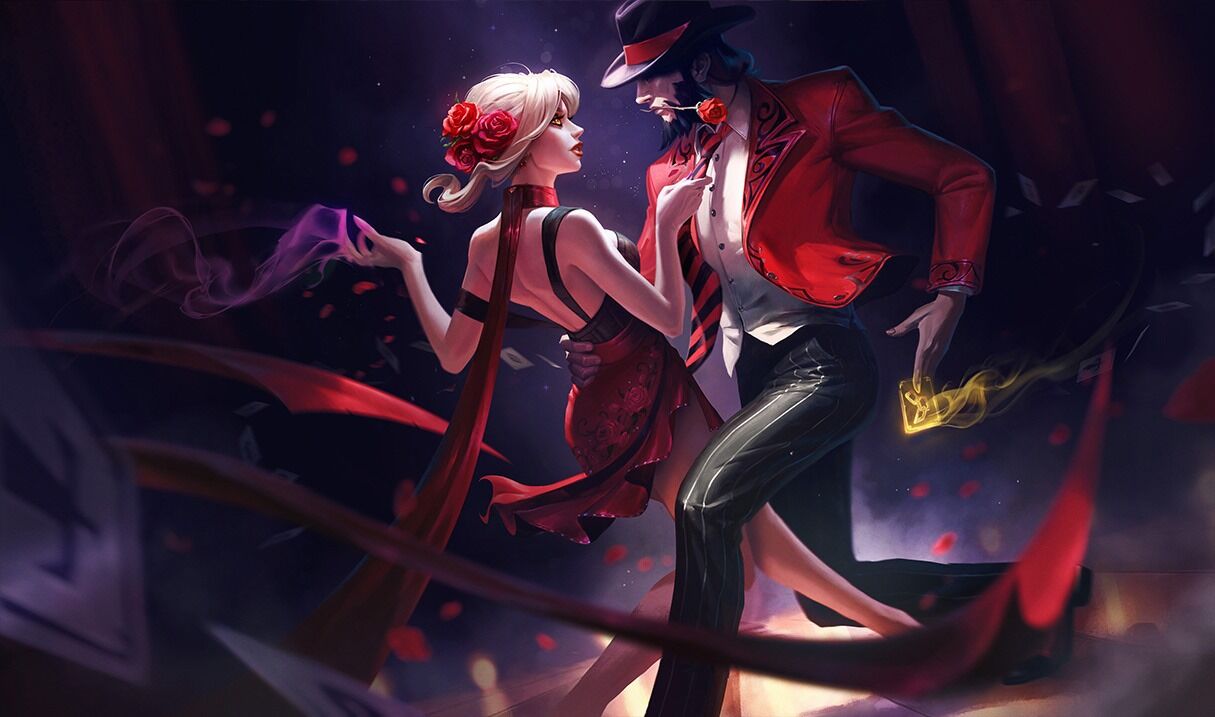 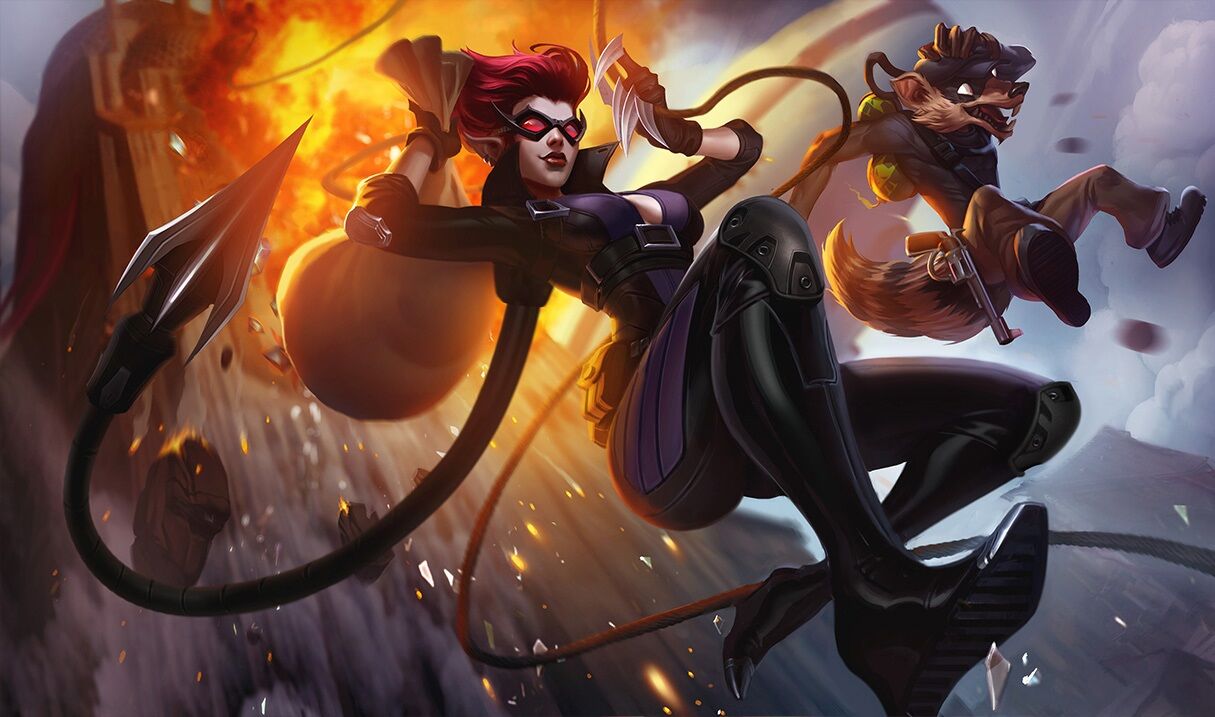 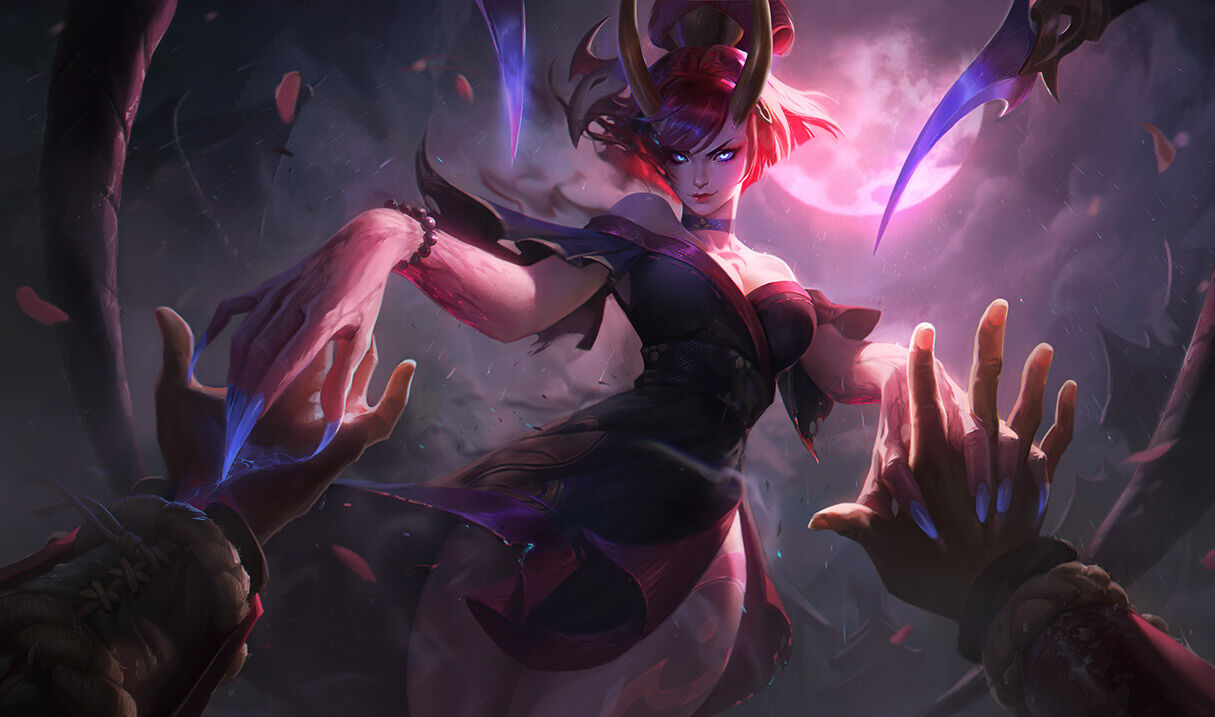 975
08.05.2018
A seductive demon summoned on the night of the Blood Moon, Evelynn moves between isolated villages, wooing the residents until they fall deeply in love with her. One by one these poor souls will surely perish, their hearts torn from their still-living bodies. 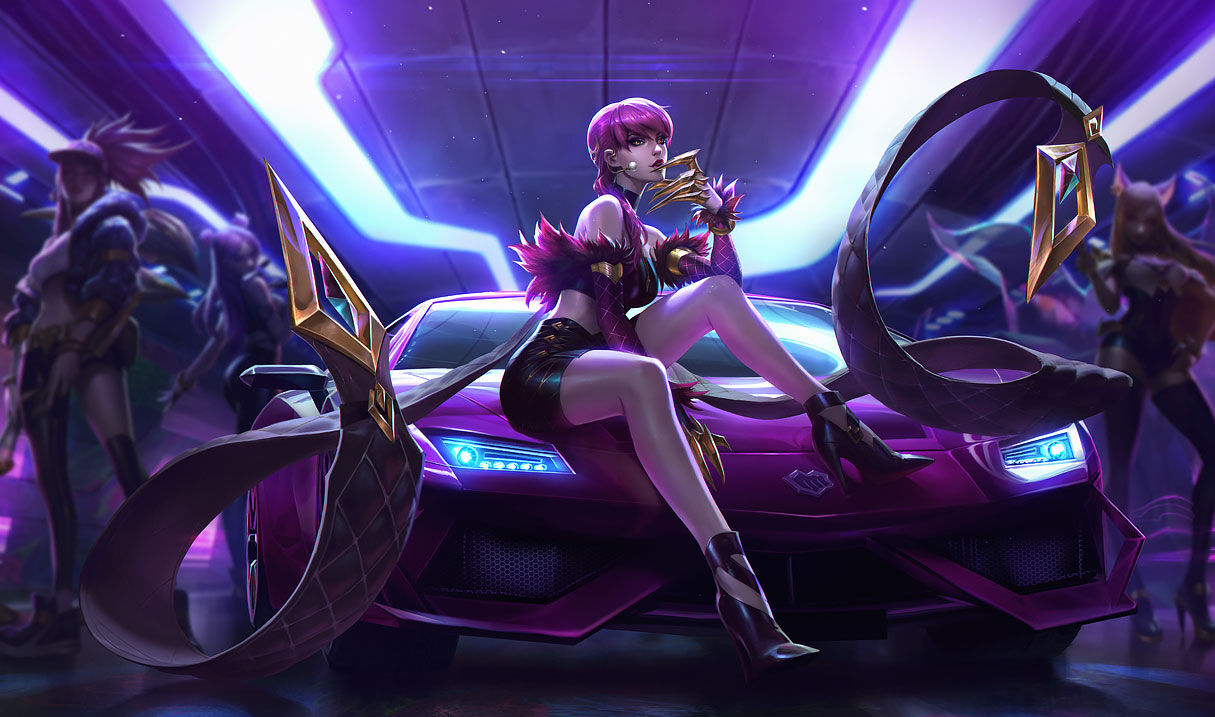 1350
03.11.2018
No one is as deliciously volatile as Evelynn. She's a diva who drives divisiveness in the media—they love her one day and hate her the next, her name a permanent fixture of tabloid headlines. She is a born superstar, and the foundation of K/DA's sound. 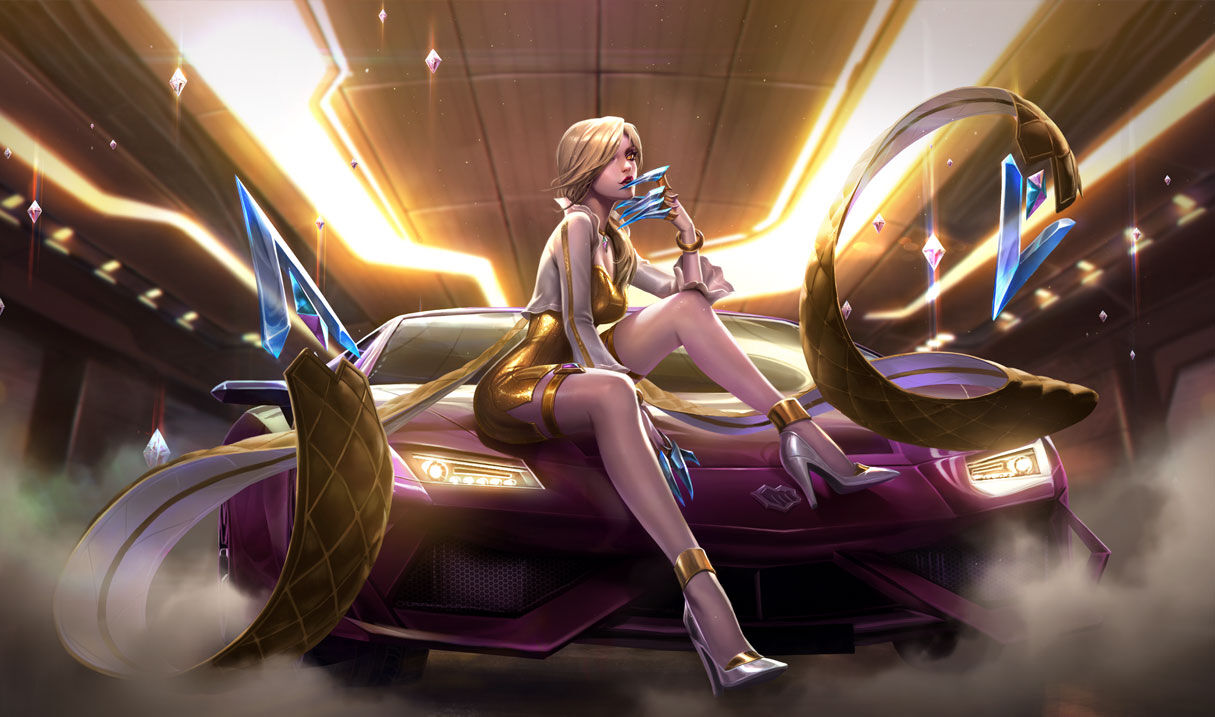 Prestige KDA
View in 3D
Special
18.04.2019
With that wild in her veins, K/DA Evelynn stomps into the spotlight, shimmering in a custom golden outfit from the Pop Music Awards. Only 'winning, winning' now. 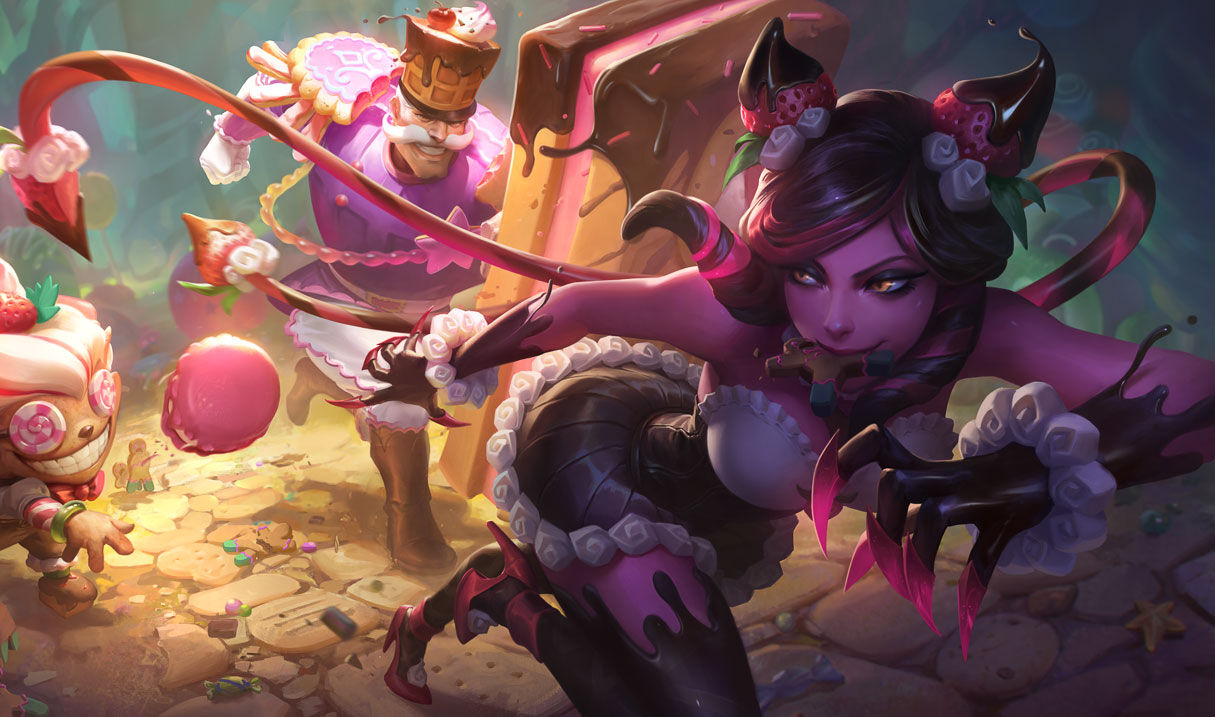 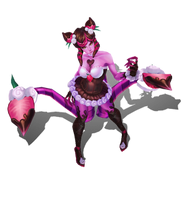 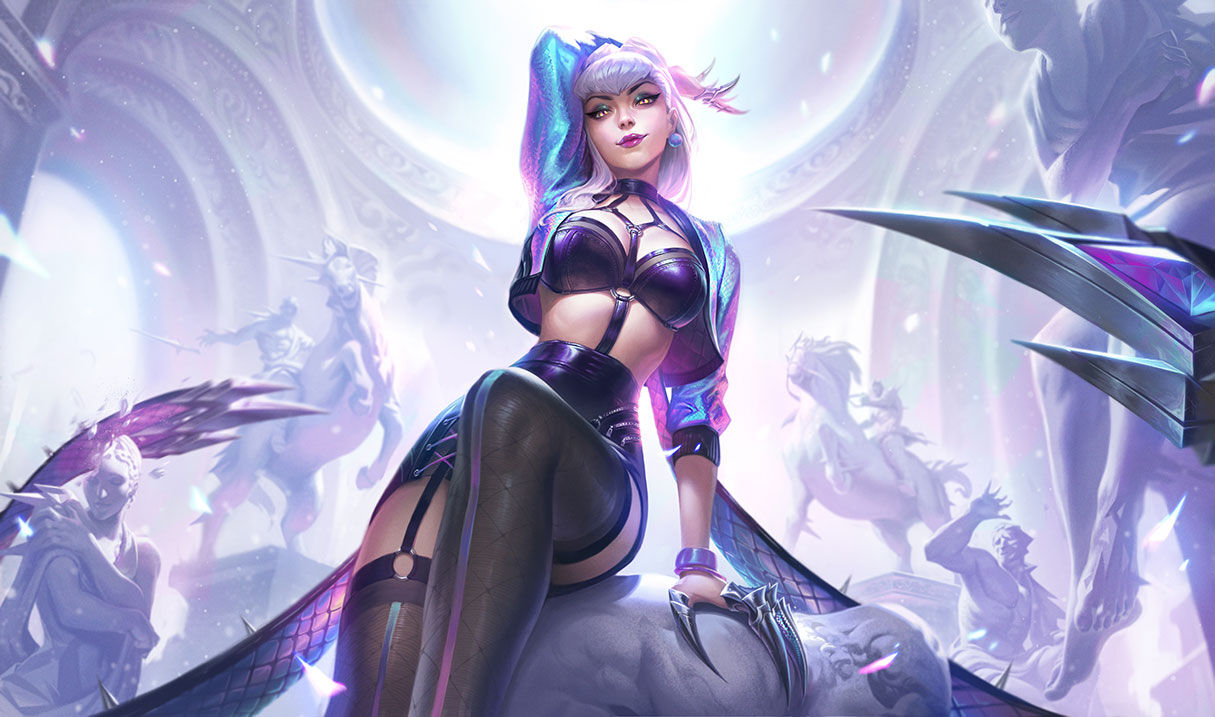 KDA ALL OUT
View in 3D

1350
29.10.2020
With a single devastating glance, Evelynn can ensure that all eyes are on her—when she wants them to be. K/DA's success has ensured that this provocative diva's name will be on everyone's lips, but Evelynn is intent that her killer fashion sense will keep it there.

Chromas
K/DA ALL OUT Evelynn Chromas 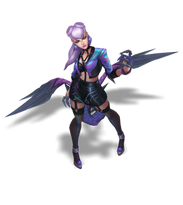 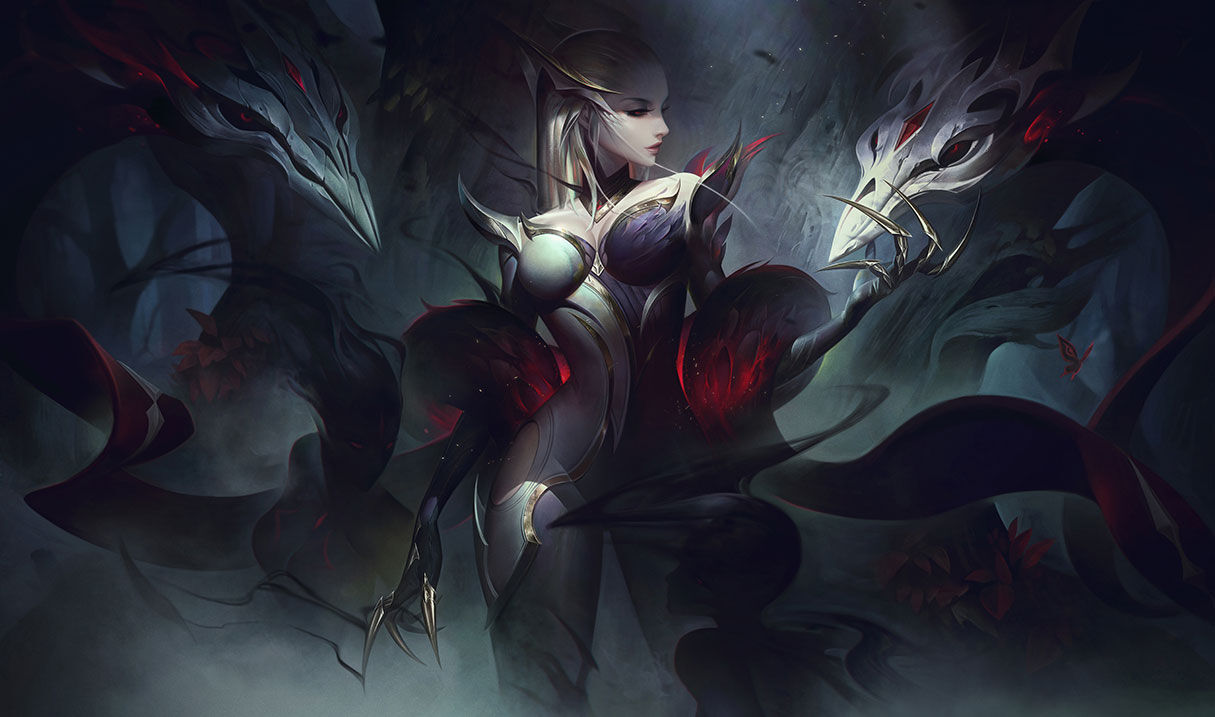 1820
12.08.2021
The covens of the south join their sisters for the great resurrection, as old things stir once more, and old grudges are at last repaid in full. Evelynn, daughter of the Great Harrier, gladly joins her sisters for the darkness to come—a trail of brutality and death always in her wake. 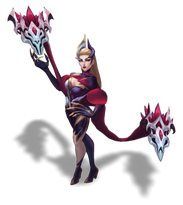