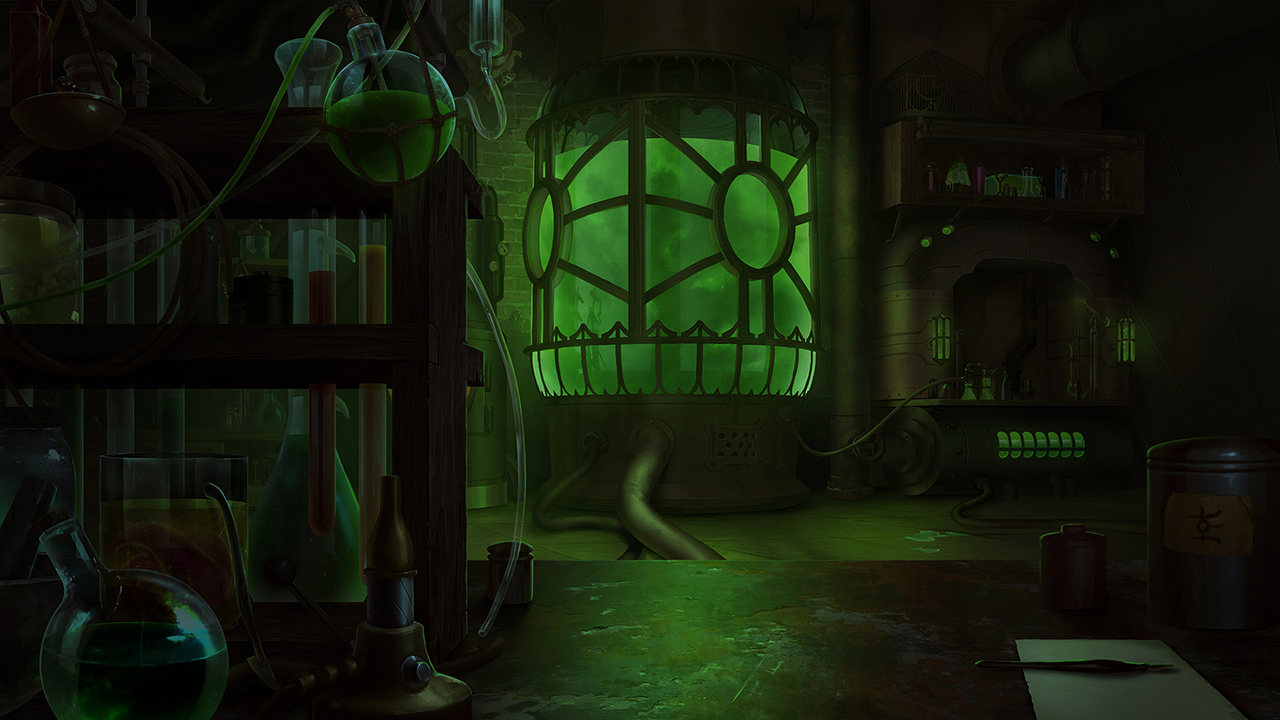 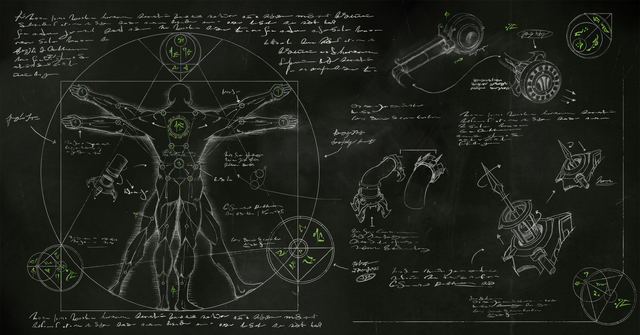 Procured a cutthroat hiding among the populace and feigning civility. Only a disciplined eye could recognize the beast within, yearning for release. How could I refuse? For what is my work if not an attempt to reveal life's hidden truths through science? It required two doses to subdue him. Impressively resilient. A necessary quality to survive the grand catalyst of pain and provoke the transmutation. The metamorphosis will reshape the man into a chimeric

predator, and all of Zaun will be its hunting grounds. 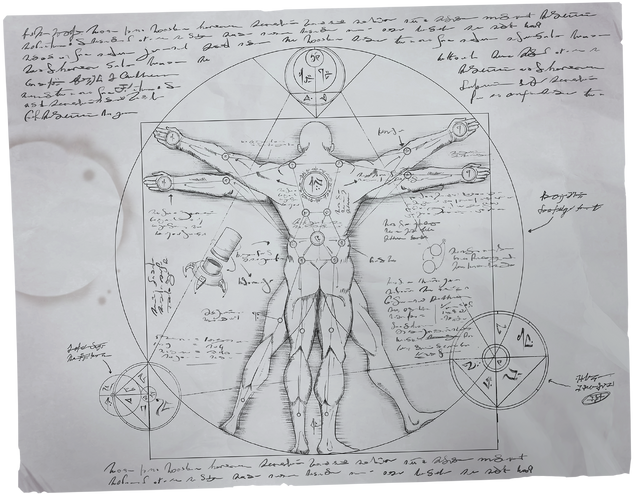 Prepared subject for implantation. Tested a surgical technique I observed during the Ionian Campaign to reach the scapulae. Required several minutes of drilling through bone to attach the alchemical

chamber and pumps that will deliver the transmutative formula. Subject wailed and pleaded. Insisted he was no longer a monster but a good man. Ignored the distractions and threaded lengths of delicate hoses throughout his extremities, splicing them with his veins and arteries. The subject remained conscious and screaming for six hours. Very encouraging, as he endured significantly longer than earlier failures. Finished by integrating the mechanical augmentations with the neurolous fibers of the spine. Minimal stitching required. Subject stable and recovering. I must rest and replenish before tomorrow's procedure. 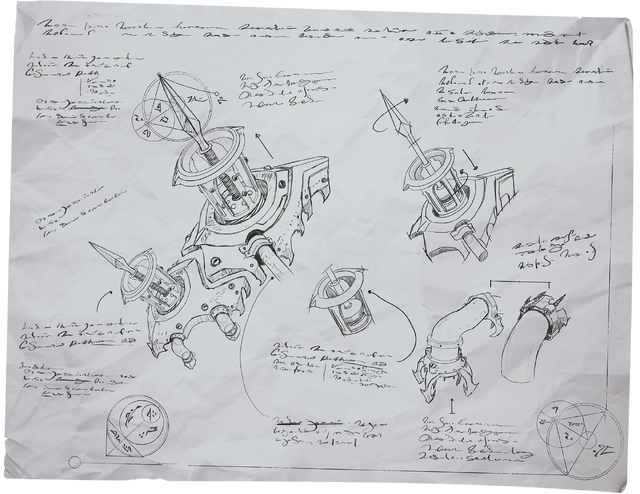 Found subject despondent and shrinking at the slightest gesture. He struggled against his bonds as the delivery chamber filled with the transmutative formula and activated. The mechanism primed the alchemicals, then initiated the next stage. The effects were instantaneous. The subject convulsed as his blood vessels constricted against those first drops. The plunger pushed the mixture through the obstruction, and the subject thrashed violently, nearly toppling the surgical table.

As hypothesized, pain proved the catalyst of change. It released the flood of chemistry required to transmute the subject's base anatomy. A snapping of bone and sinew followed, reshaping the skeletal frame. And then a jagged shard ripped through the subject's wrist. He wrenched against the bindings, pulling until the joint cracked sharply, and his severed hand fell to the floor. There was a piercing wail, and his entire body seized before suffering a full collapse. The transmutation had failed. I stanched the wound and stabilized the body's vital tasks. Perhaps I've overestimated the subject's tolerance for pain. I will recalibrate and begin anew tomorrow. 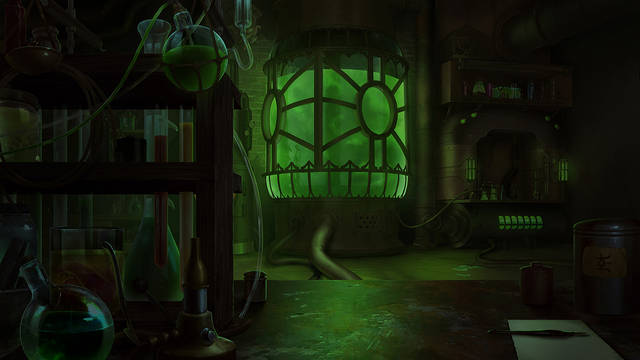 Returned to my laboratory and found the severed hand still on the floor. Surprisingly, it showed no signs of decay or rigor. Examined the subject's mangled stump as he spat a litany of insults and threats. The rise in aggression is a promising aftereffect of the alchemicals. But the most striking change was hidden beneath the blood-soaked bandages: a protolimb. Embryonic and malformed, but beautiful in its predatorial function. Even now, hours after the aborted procedure, flesh continues to grow and outpace the formation of misshapen bone. Perhaps allowing more time for the serum to take effect may prove beneficial. 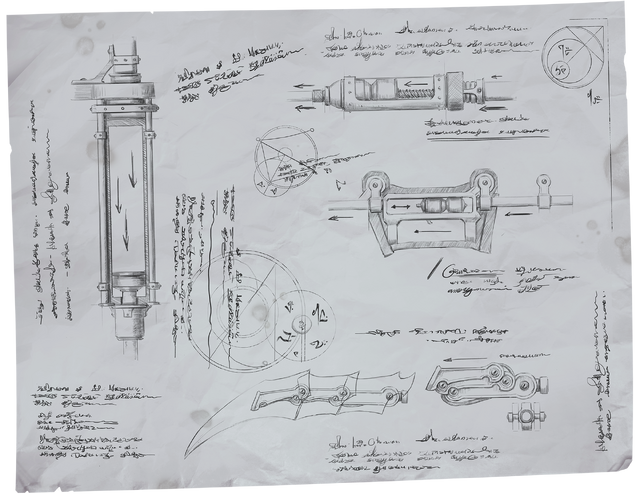 Images of the protolimb pervaded my sleep. Its beauty and singular purpose arrested in tragic failure. But what if it could be more? Awoke with the spark of inspiration. Metallurgy. It may lack the refinements of true chemistry but, last night, it served my purpose. Worked until first light, forging steel, sharpening edges, and hammering a framework. It should provide the necessary structure, a scaffolding of sorts, for the new limb to grow into. Improving upon nature is simple when she's already offered a design. 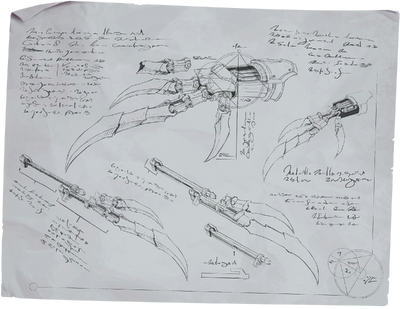 The constraints of the procedure forced me to benumb the subject and work swiftly. Discovered signs of new growth on the protolimb. The changes had slowed, but not settled. Grafted the malformed limb's muscle tissue, blood vessels, and delicate nerve endings to the framework. Finished by integrating the

augmentation with the alchemical chamber. Observed a slight twitch in the smallest digit. Moved subject and reinforced his restraints. What other enhancements could be made? Perhaps I shall have a stroll and take in the Gray. There is much to consider. 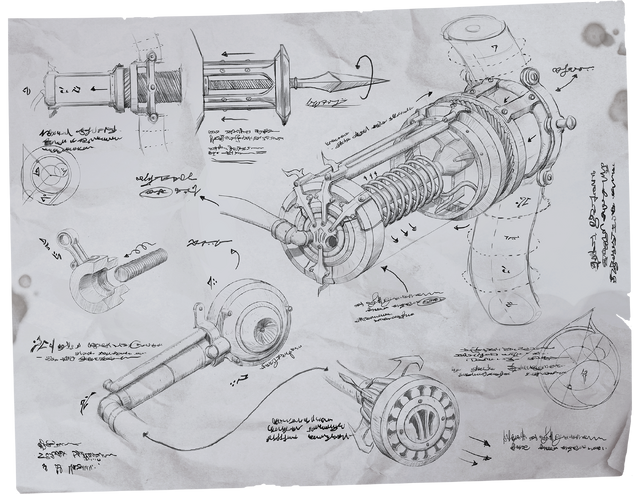 Returned from the Boundary Markets and was greeted by an old familiar stench: tributaries of blighted veins stretched across the subject's back. The infection originated where bone and metal chamber adjoined. Made adjustment to the formula and dispensed the new batch. The subject's stupor broke in a piercing shriek as his skeletal structure fractured and reshaped. A bestial form began to emerge, the chimeric properties finally surfacing, but then the transmutation slowly ebbed and stilled.

Increased the chamber's outflow: it trembled violently, delivering twice the dosage for every beat of the heart. The body contorted in response as flesh split like poorly seamed fabric, unable to contain the changes occurring underneath. The chamber rumbled as the mixture roiled within the sealed container: pressure built until it released in a rupture of hoses, seals, and blood vessels. A series of snapping sounds followed, metallic and clanging, and the subject's restraints gave way.

An instant later, he was tearing into my face, reopening the old wounds and feeding the old rage. We struggled briefly, until he finally grew limp and collapsed: a single word escaped his throat. And then, all the indicators of life faded and the body finally settled. No heartbeat detected. Applied several drops of caustic solution to his left arm, and received no response: subject deceased. Dragged the body outside and disposed of the remains in the Sump. Once again, scientific progress is stifled by lesser creatures. The only consolation is that even failure adds to the vast reservoir of knowledge. 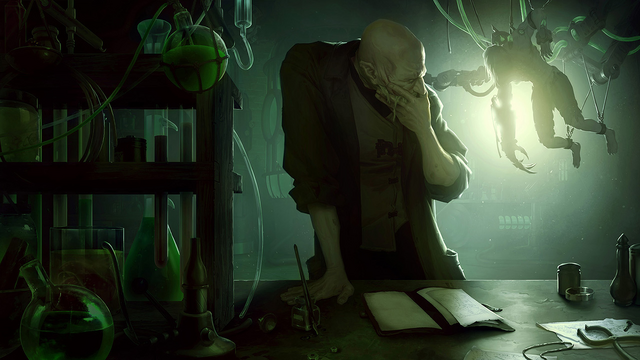 There was a disturbance last night: arrived to discover the rear door to my laboratory was torn from its hinges, its heavy wooden planks cleaved and splintered into kindling. Inside, my equipment and provisions suffered a similar fate: nothing was spared. And everything bore the same deep, gouging slash of sharpened metal. Hours of examining and comparing the marks confirmed the truth - the subject had returned! I don't know how, but there are a myriad of questions already forming in my mind. But first, a new laboratory must be secured before locating the beast and starting the next phase. What was the word the subject said before it collapsed? A name, perhaps? I'll start there and see where the search leads me.
▲ TOP ▲

Lore and Events
Retrieved from "https://leagueoflegends.fandom.com/wiki/Engineering_the_Nightmare?oldid=3088656"
Community content is available under CC-BY-SA unless otherwise noted.