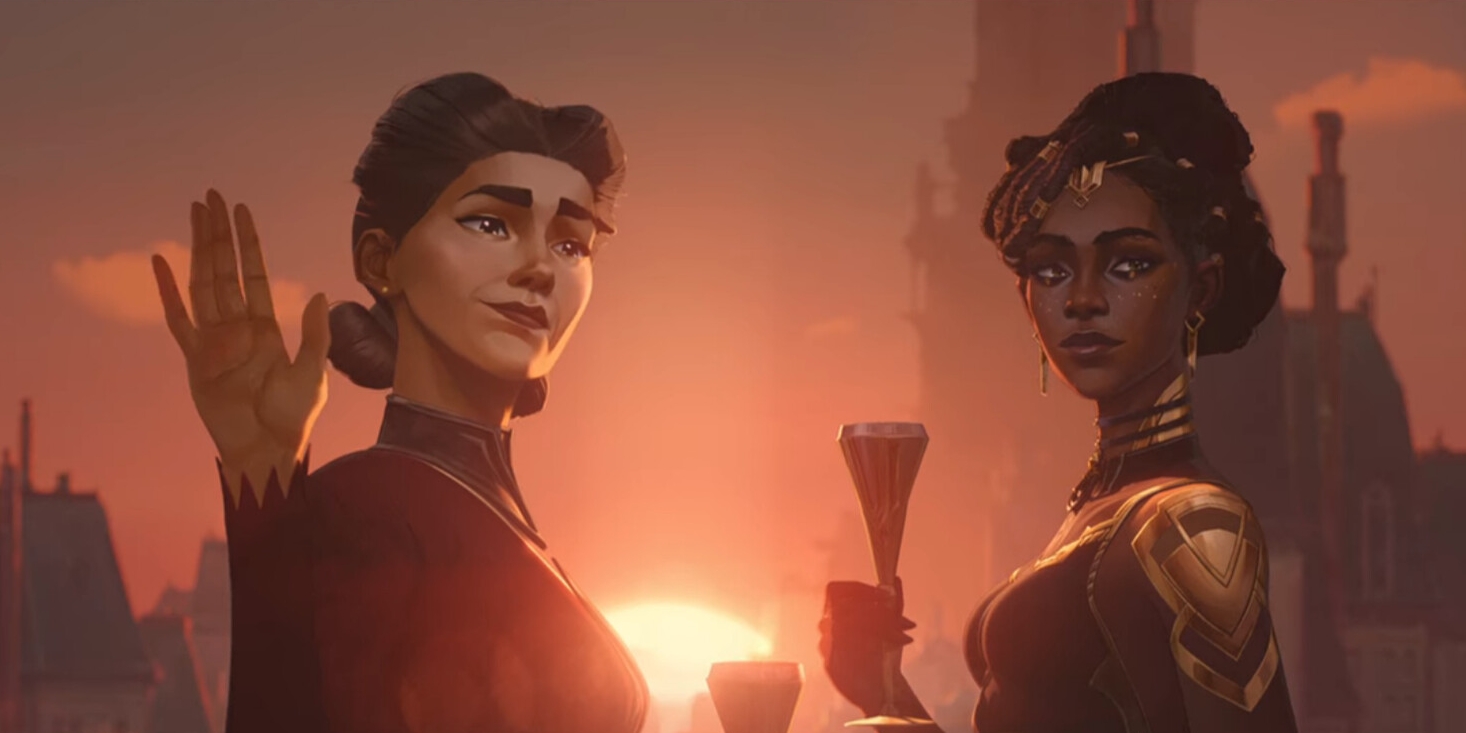 Elora is the right-hand and assistant of

Not much is known about Elora's early life. Eventually she would be tasked to be the assistant to

Mel Medarda, after she was banished to

Piltover to the Piltovan Medarda branch of the family. Elora would aid Mel in becoming a Piltovan Councilor.

Elora would continue to assist Mel in daily council matters. She would be the one to inform Mel about

Jayce Talis and his particular case before his trial.[1]

Around the time of the Piltovan Bicentennial, Elora would aid Mel in preparing a fundraiser party (which was Noxian themed).[2][3] After the incident that resulted in

Jinx stealing a hexgem from the fair, news would spread to Noxus, with Ambessa sending a letter which Elora forwarded to Mel informing of Ambessa's arrival soon in Piltover.[4]

Elora would prepare the arrival customs for Ambessa's ship, as well as be by Mel's side when her mother arrived.[4][5]

It is unclear what happened to Elora after

Jinx attacked the council chambers with her rocket, as Elora was not present in the room when the meeting was held.

As the assistant of one of Piltover's Council, Elora handled many of Mel's communications with her business and political associates. Due to this and how closely together they work, Elora is made privvy to at least some of Mel's grander plans. She is also at least somewhat familiar with her origins.

Elora knows Ambessa at least on a first name basis and seems to be rather well viewed by the Noxian warlord.

Elora mostly sees Jayce as an investment and an asset for her ladies plans. She would also act polite and cordial around him.