Start a Wiki
watch 02:57
What are Dragons?
Do you like this video?

For other uses, see Dragon (disambiguation)

For the buff granted by Dragons see:

Dragons, also known as drakes, are powerful monsters that can be found in

Summoner's Rift. Their camp is located in the river alcove on the lower right side of the battlefield.

The first four types are globally known as Elemental Drakes, which permanently grant a

Dragon Slayer stack when slain, granting various effect based on the dragon killed. The

Aspect of the Dragon. Elder Dragons beyond the first for the same team grant

Empowered Aspect of the Dragon, which is twice as effective and lasts twice as long.

All dragons are between levels 6 to 18 and all of their attacks are ranged.

A fast moving and fast ranged attacker that can damage multiple champions at once, dealing more damage to a single target.

Cloud Drake has the fastest movement and attack speed, delivering high DPS to single targets while being better at chasing than other dragons.

Infernal Drake deals AoE attacks, but can otherwise be considered the most generic of the elemental drakes.

A slow attacking, but highly resistant, ranged monster that can damage multiple champions at once.

Mountain Drake has slow, AoE, hard hitting attacks. It has the greatest health, armor and magic resist of elemental dragons. Its significant toughness makes it harder to secure, giving the opposition a longer opportunity to contest.

A ranged attacker that can damage and

slow one target's movement speed by 30% for 2 seconds.

slow the target's movement speed by 30% for 2 seconds. This limits its target's ability to disengage quickly, making it more vulnerable to ambush. Getting this drake to attack an enemy for the slow can be potentially useful during a fight.

Elder Dragon is a much more powerful caliber of dragon, requiring multiple champions to secure quickly.

Due to its durability and the strength of the reward, attempting to kill an Elder Dragons usually prompts the enemy team to contest the kill. Therefore, teams wishing to slay it must take great caution when doing so while the majority of the enemy team is alive, much like

Dragons are among the most powerful neutral monsters in Summoner's Rift. Slaying a dragon grants the team one of the

Dragon Slayer buffs. The levels of dragons range from 6 to 18.

At 5:00 into the game, an elemental drake of a random type spawns in the dragon camp. If it is slain, another random elemental drake spawns after 5 minutes; this continues until the game reaches 35 minutes. The same type cannot spawn more than 3 times. After 35 minutes have elapsed, the next dragon with be the

Elder Dragon. If it is killed, another

Elder Dragon spawns after 6 minutes, and so on.

The next dragon to spawn has their insignia noted in both the spawn timer and the wall of the alcove.

Cloud Drake is useful for both teams regardless of their gold lead or deficit; leading teams can create pressure, split push, and rotate around the map faster for positioning, while trailing teams can still use it to expand vision, respond to split pushing, and position defensively.

Infernal Drake is considered by many players the strongest dragon due to its raw power boost. If viable, contest the dragon at all cost.

Ocean Drake is deceptively powerful during the laning phase; the healing during downtime allows less assertive laners to extend their presence where they otherwise couldn't. 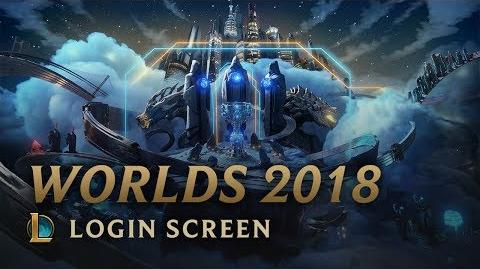 This patch history concerns only the changes about dragons, for changes on the