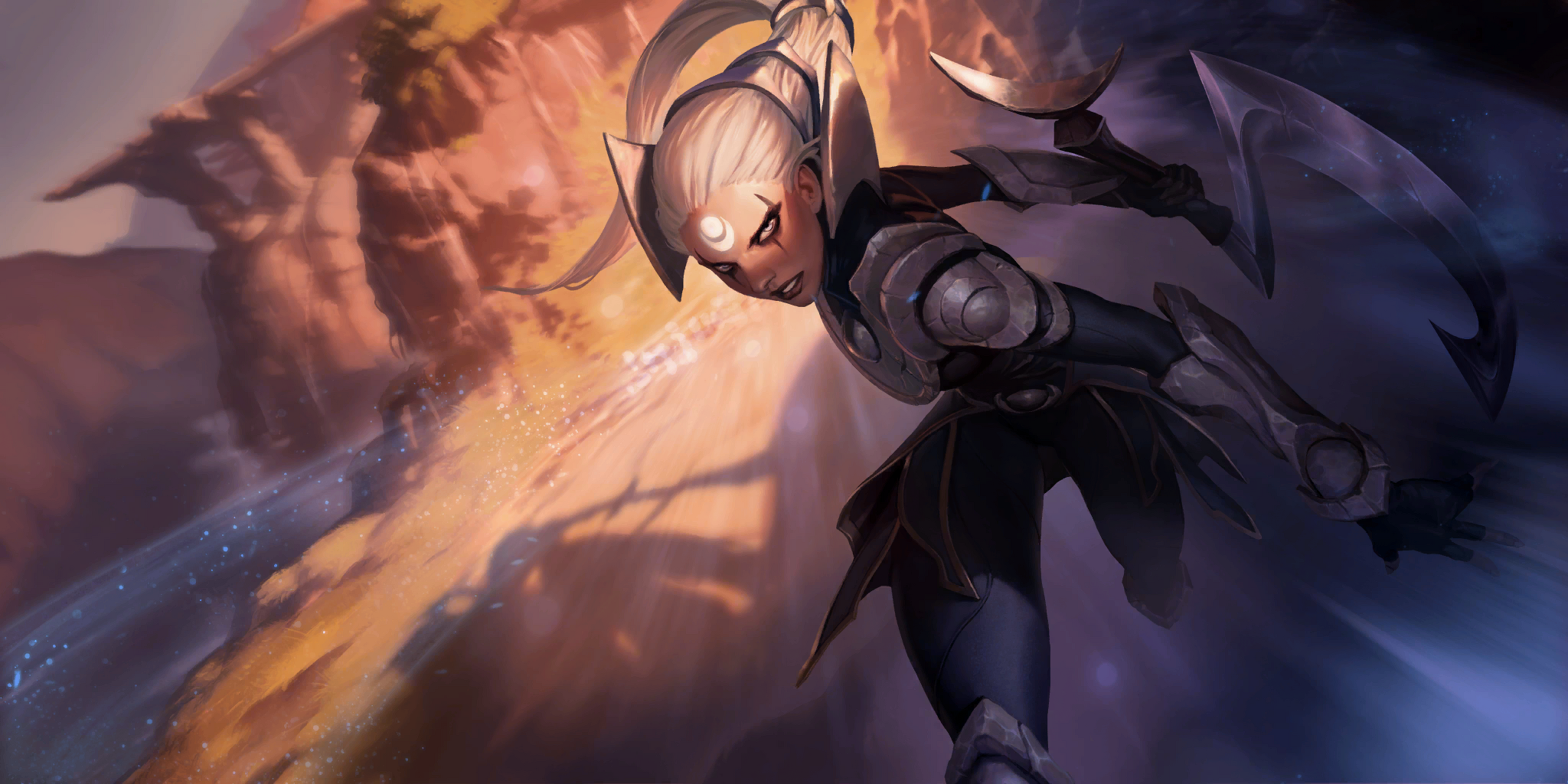 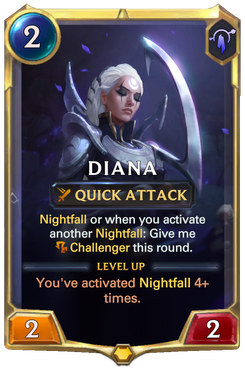 She stood amidst them as she prepared for battle--radiating light, bedecked in silver and blue, her eyes like stars. As the moon rose and shone down on her, each of the Lunari gathered there closed their eyes in silent prayer for her safety, and in gratitude. 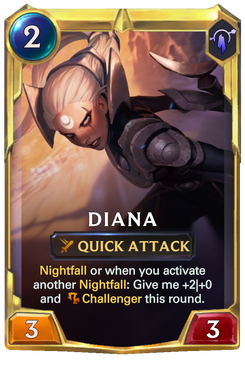 Nightfall or when you activate another

Diana raced down the mountain, sword drawn and coated with duskpetal dust. She knew Leona would find her--she was counting on it. Her heart fluttered with anxious anticipation, and she breathed deeply to still it. This time upon their meeting, she would have the upper hand; this time, she would face her old friend head-on. 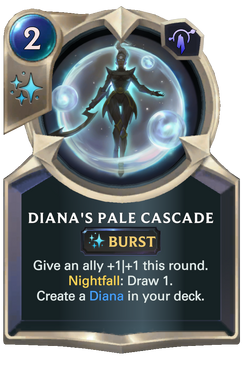 2Diana in your deck.

"Under cover of night, watched over by a pale moon." - Diana

Legends of Runeterra
Retrieved from "https://leagueoflegends.fandom.com/wiki/Diana/LoR?oldid=3259663"
Community content is available under CC-BY-SA unless otherwise noted.