Passive: You generate stacks every 0.5 seconds on enemy

turrets within 600 units, up to 6 after 3 seconds. Your next basic attack against a turret with 6 stacks deals 100 (+ 35% of your maximum health) bonus physical damage.
Demolish cannot be triggered against the same turret again by anyone for 3.5 seconds. Stacks fall off once every 1 second if you move out of range.
Demolish activates after 45 seconds of game time. 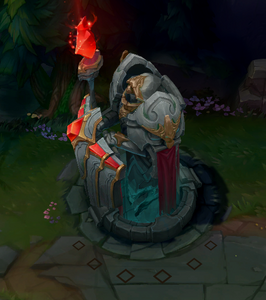 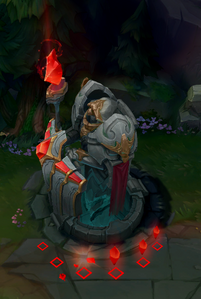 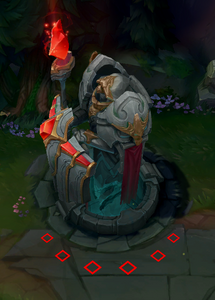 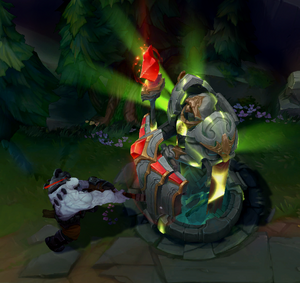