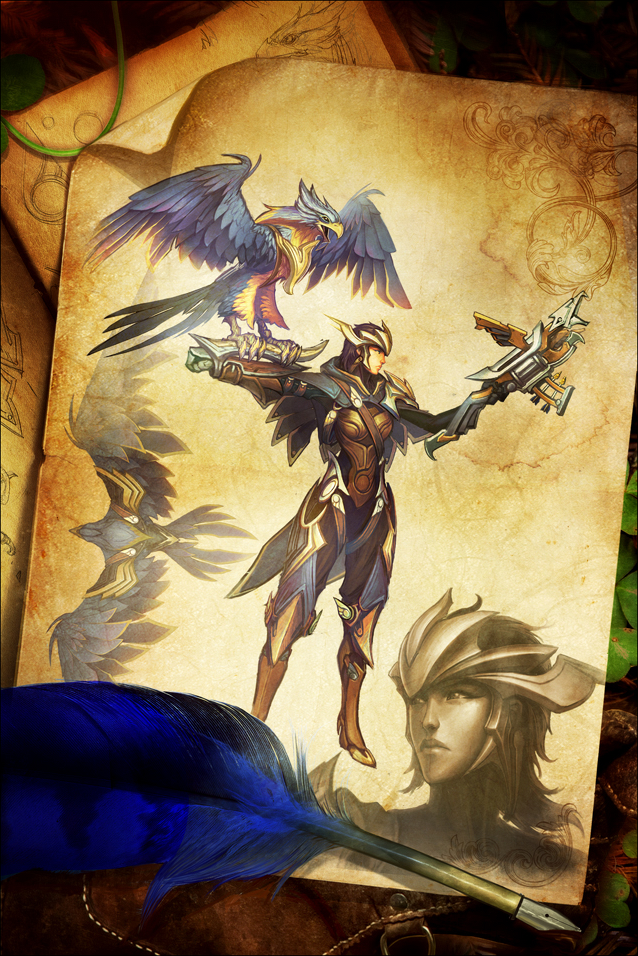 They are the legions of blue and gold. They are the beacons of justice. They bear the standard. They lead the charge.

Demacia has always stood a stalwart sentinel against darkness and evil, but the nation faces a world of new and terrible threats. They wield the sword and spear, marching against their foes in mighty numbers, but can an army catch an assassin? Can numbers alone hold back spells woven in shadow and flame? With such vicious forces bearing down upon her doorstep, how will Demacia endure?

The answer is simple: a new champion approaches. 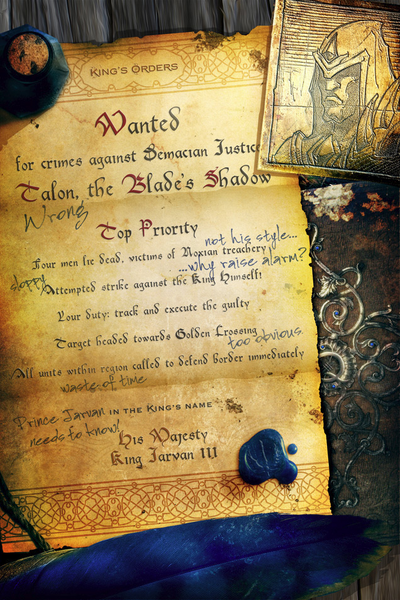 This is her story. Her worth will be tested, her ways will be questioned, but she will forge ahead. Honor guides her path. Justice steadies her aim.

Valor is the only ally she needs. 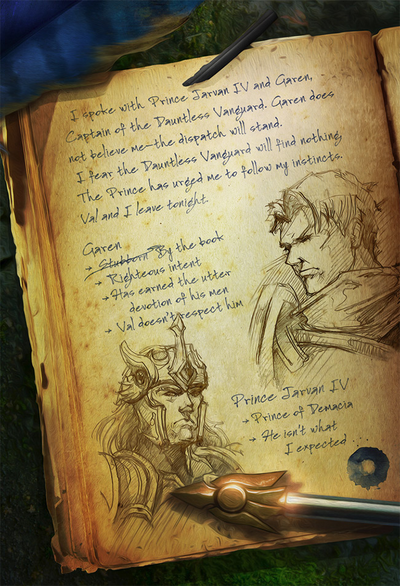 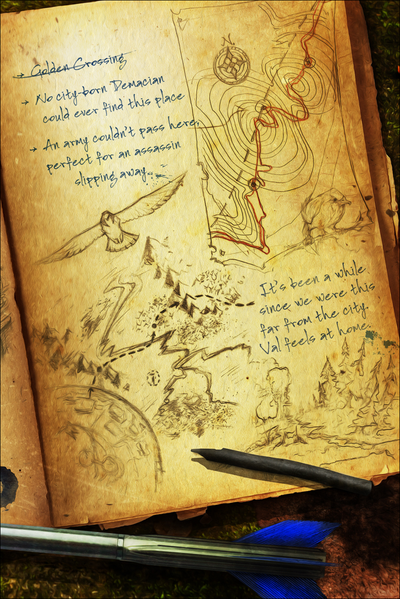 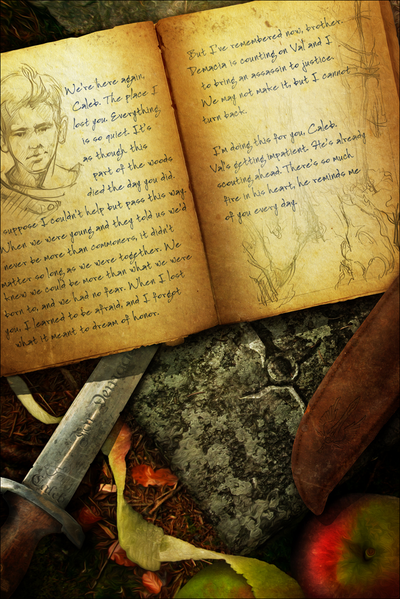 Hand to the ground. Eyes to the sky. Listening, watching, quick strides towards an unknown target. The forests stretch out before them. The wind at their backs. 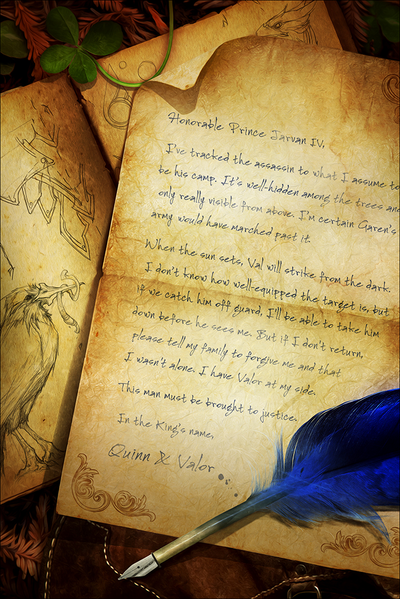 "Brought to justice", but questions remain. If not

Talon, who? If not Noxus, what? Memories, victories, and battles still to be fought. The forest and fields stretch out before them. Looking towards the future, taking flight, the wings of Demacia spread wide. 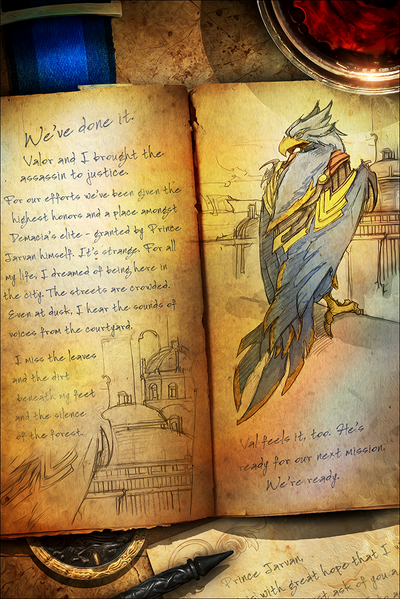 Hand to the ground. Eyes to the sky. Demacia needs heroes. 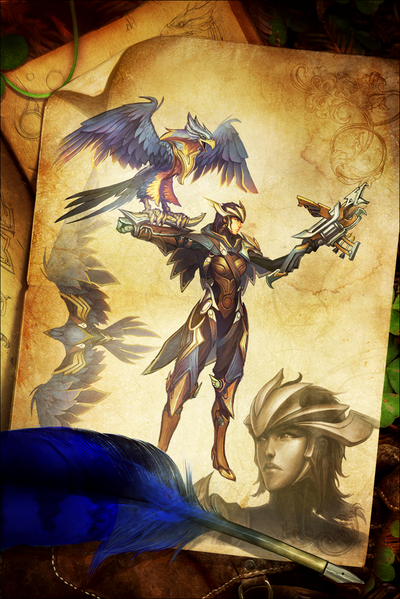 Lore and Events
Retrieved from "https://leagueoflegends.fandom.com/wiki/Demacia_Needs_Heroes?oldid=3088760"
Community content is available under CC-BY-SA unless otherwise noted.