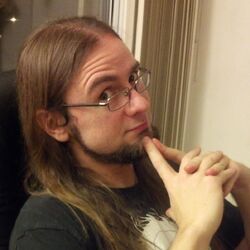 Daniel was first hired as one of the Community Coordinators for the League of Legends German forums. Soon after, he started to shoutcast competitive games during Dreamhack and several other tournaments. He eventually progressed into the design department, where he cooperated with his fellow designers for minor help with a few different champions before finally going on to become a full-fledged one.