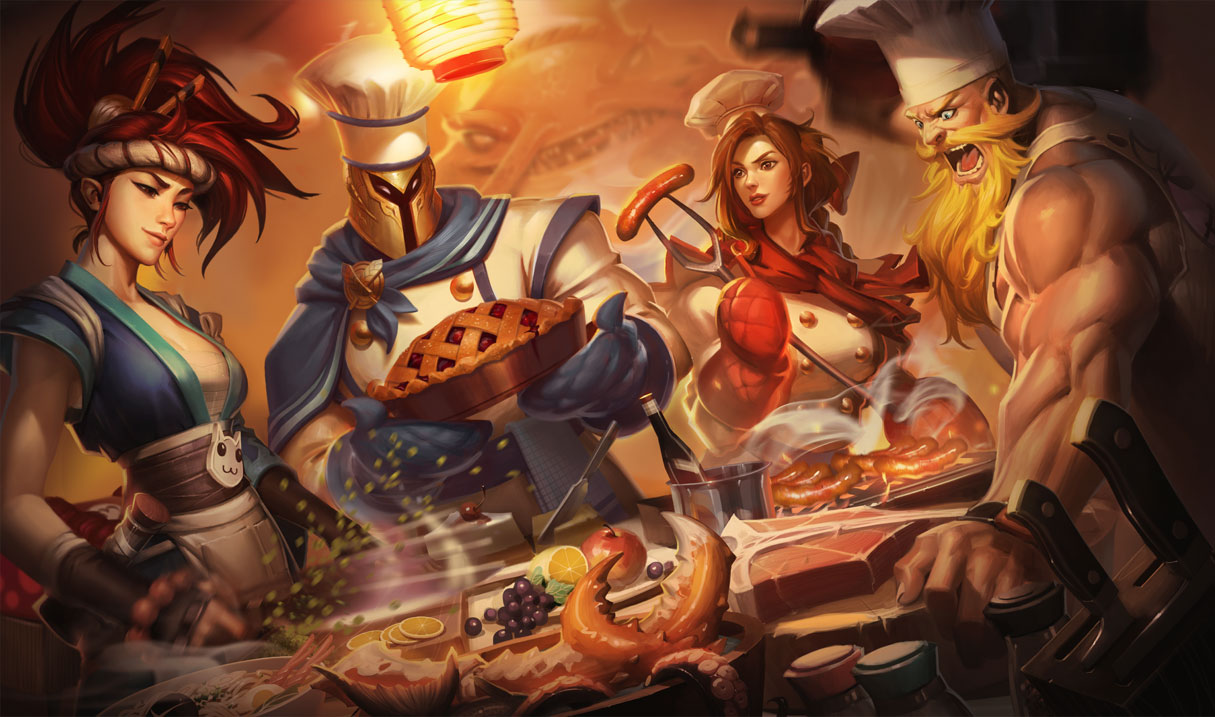 Culinary Masters is a series of alternate future/universe skins in League of Legends. Set in a cooking show environment, all of the champions are chefs of various skill levels.