League of Legends Wiki
Register
Don't have an account?
Sign In
Advertisement
in: Lore of Piltover, Lore of Zaun, Short Story,
and 10 more
English

< Council Archives
View source
watch 02:52
Roblox: DeepWoken - The Loop
Do you like this video?
Play Sound 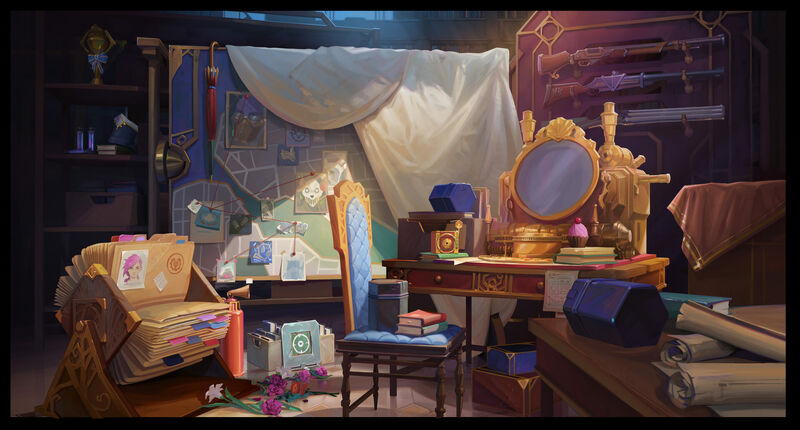 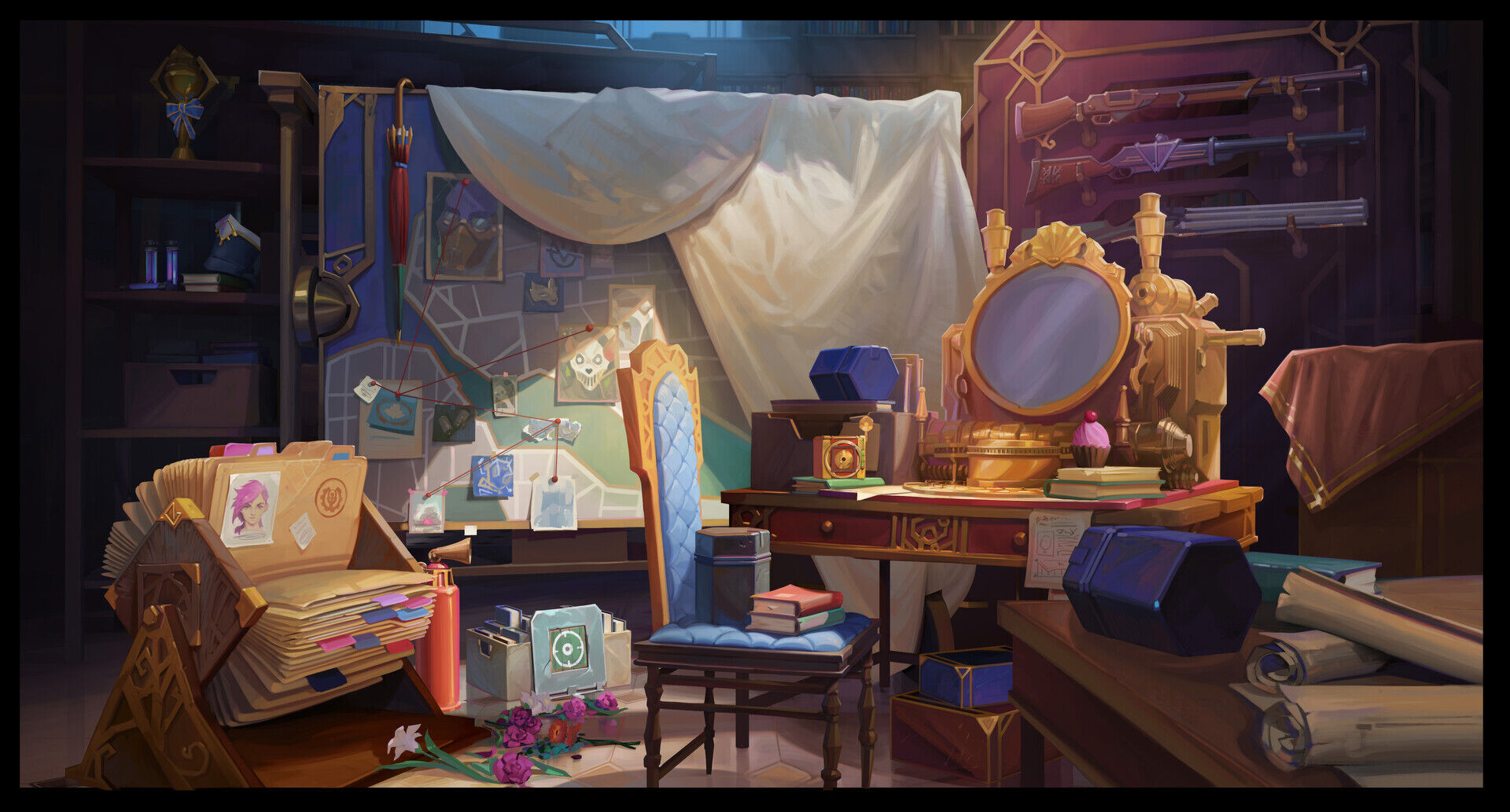 The wavy pink hair, the self-inked tattoos. It's a realistic painting of former inmate #516. No—not a painting—but an image captured from reality, a moment frozen in time with this Zaunite urchin. In all you've researched, there was no indication that the criminal was even capable of smiling. But in this picture… she's laughing.

There's something about Kiramman's tenacity that's both inspiring and downright dumbfounding. That she would risk her job, her reputation, and her very life to pursue a case after nearly dying. You recognize this "Conspiracy Board" confiscated from the intrepid enforcer's house. She was three steps ahead of everybody, working alone. Imagine what she could have done with Piltover's resources.

You've seen rifles like these, of course, slung over the shoulder of every enforcer in Piltover. But this one appears to be built for a smaller frame. And while the weapons of your typical officer are merely functional, this gun is irrefutably expensive; its receiver is as glossy as the day it was made. Like its owner, it was never meant to see battle or hardship. You know all too well that she had different plans. 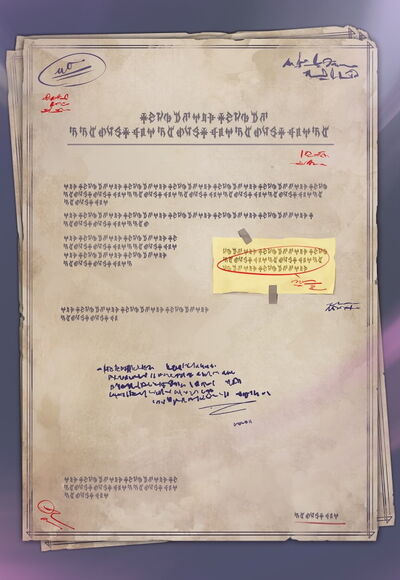 Captain Grayson was investigating a call in the undercity when she was attacked by an unknown assailant. Marks on her body are consistent with attacks by that of a large animal.

There is no evidence of the animal's origin or potential owner. No predators capable of inflicting such wounds are known to exist in Piltover. 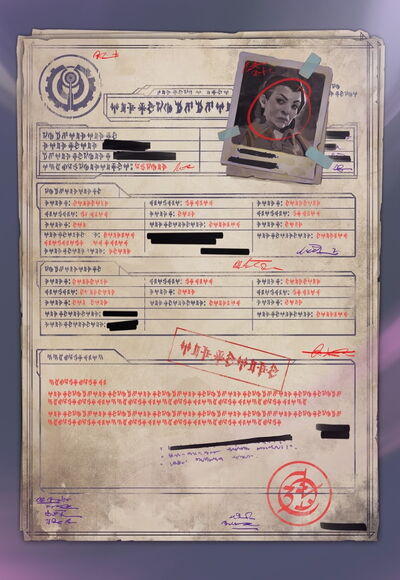 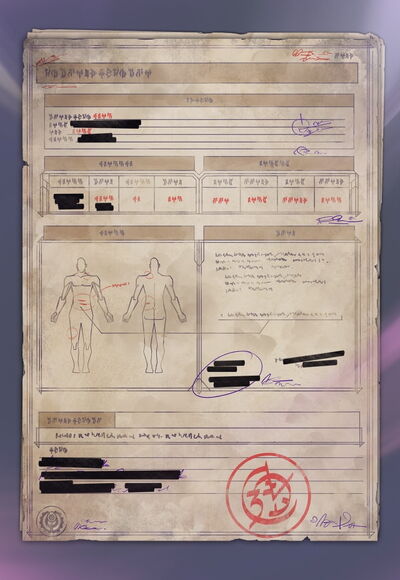 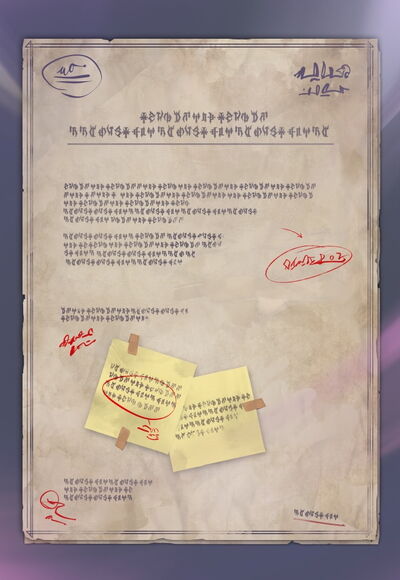 During the night of ███████, an unknown person entered the business of ████████████. The suspect entered through the door, which was found ripped off of its hinges by investigators.

The sound of the break-in alerted ████████████, who rushed from his domicile upstairs with a legally owned firearm. He discovered the suspect rummaging through his possessions.

A witness overheard the victim give the suspect a verbal warning. This was followed by the sounds of shattering glass and heavy objects being tossed about. The witness reports hearing the victim fire several shots in rapid succession. A scream let out that the witness recognized as belonging to the victim. Suspect was seen fleeing the scene holding a large, club-like object.

Inventory documents reveal that a stash of medical items worth approx. ████████████ is missing from the premises. 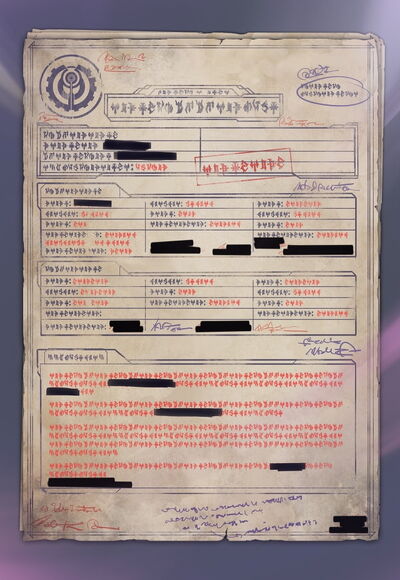 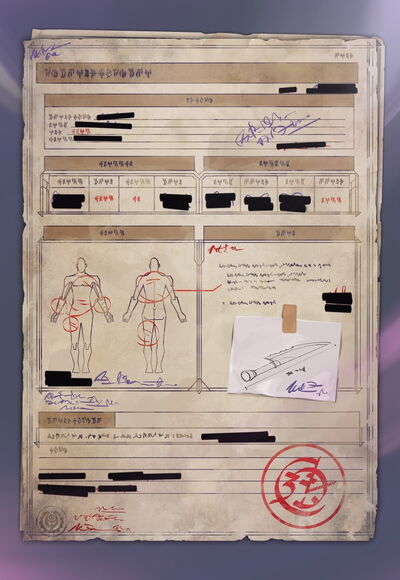 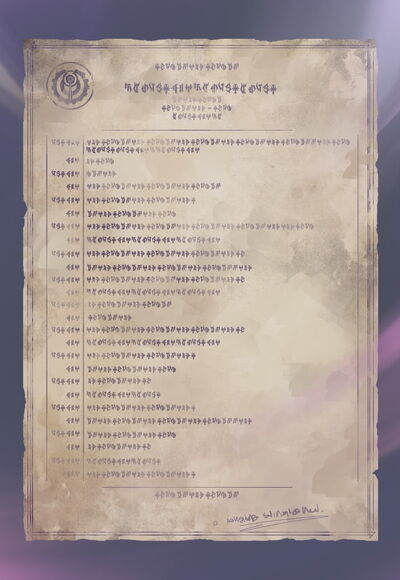 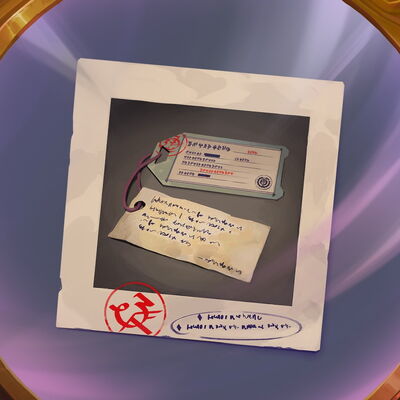 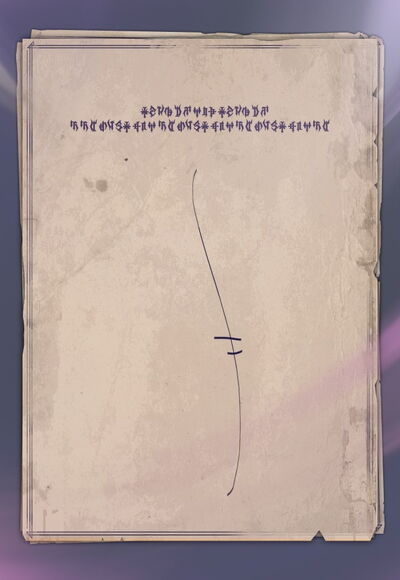 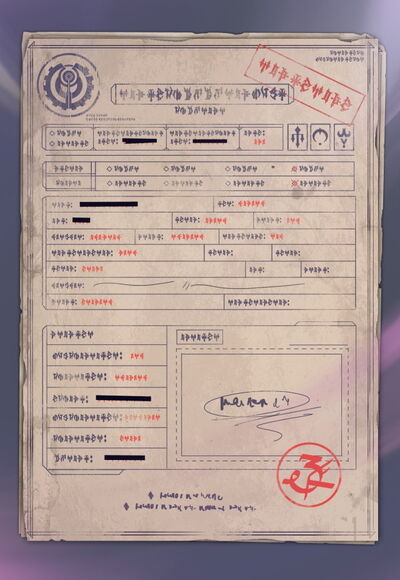 On ██████, a Piltover enforcer on a routine patrol was alerted to strange noises coming from the sewage tracks running between the Fissures and the streets above. Backup was deemed unnecessary, and the enforcer proceeded to investigate the disturbances.

Entering the pipes, the enforcer followed the noise - a sort of mechanical whirring (ADD THAT HE HEARD CRYING, TOO). The enforcer gave a verbal warning that he was marching forward. There was no response.

The enforcer continued deeper down into the lanes. They reached a wall obstructed by a large metal gate. The enforcer brute-forced the gate open and proceeded down a dark passage in the waste-management system.

Some time down the path, the enforcer was alerted to a bright light coming through a crack in the wall. Moving several bricks aside, they entered into what appeared to be a make-shift hospital.

In the hospital, several children were sat at (CHANGE TO STRAPPED TO) beds and hooked up to machinery. Syringes at the arms, legs, and neck injected a greyish-green liquid into their squirming bodies. At this time, the Piltover Enforcers suspect that the children were part of scientific experiments.

Upon safe return to Piltover, one child was identified as ██████████, a missing child reported over a month ago. They were reunited with their mother, a citizen of Zaun. The other children have yet to be identified.

The illegal operation has been shutdown and all equipment confiscated for examination by Piltover Enforcement. Any potential leads should be reported to authorities. 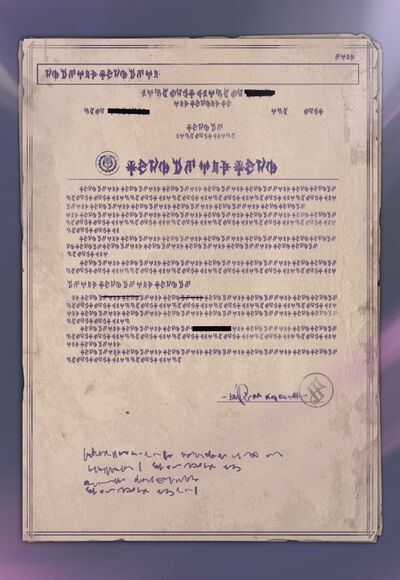 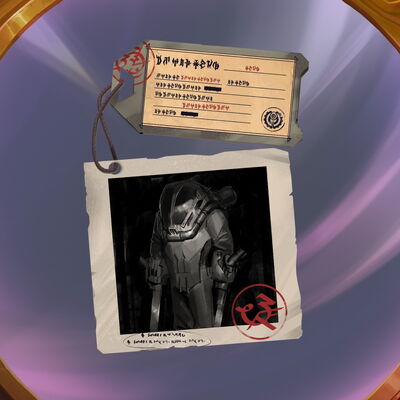 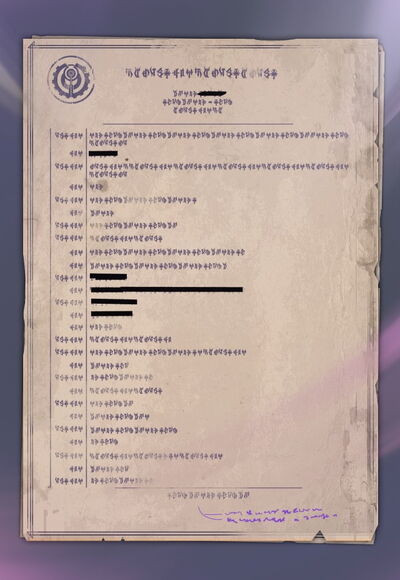 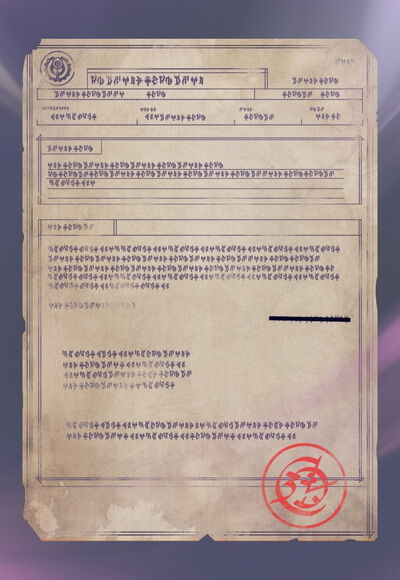 Though Chross' real name is unknown, the criminal has made a name for himself in the undercity. He's the leader of a highly organized and dangerous gang, as ruthless as he is clever.

He originally hails from Piltover, but the opportunities present in the undercity were more favorable to his skill set and personality. What follows is a collection of information - largely focused on his most infamous former hitman - intended to help dedicated officers track down this wanted offender. 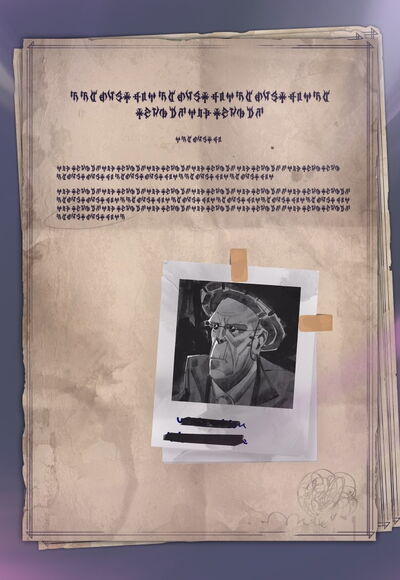 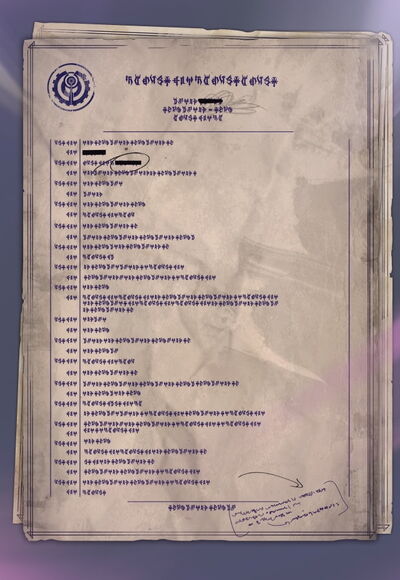 Victim was found dead in storage fridge of Polarant's Meats. An anonymous employee discovered his boss around dawn, hanging from a meat hook and entering the stages of Livor Mortis. He immediately contacted the authorities.

In interrogation, employee informed authorities that his boss Mr. Polarant owed money to several undercity gangs. He was reportedly attempting to expand his business to several other locations.

Investigators discovered a Progress Day pin at the scene stained in the victim's blood. There are no suspected links between the victim and the Piltovan event 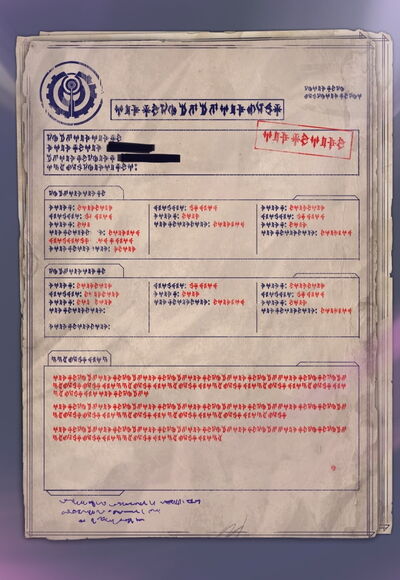 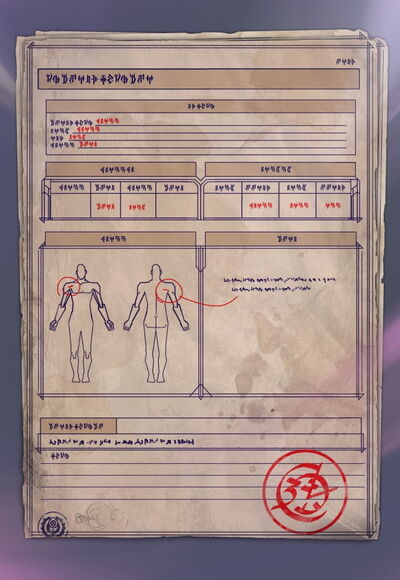 Workers at the 9th St. Bathhouse noticed a foul smell coming from one of the steaming pools. Upon investigation, they discovered the body of Mr. Drenaught clogging the filters. Coroner's cause of death was listed as drowning, though it appears his body was mutilated afterwards to contort into the filter pod.

Drenaught was a regular at the bathhouse, and its primary shareholder. The business had recently opened its shares to the public.

Investigators discovered a Progress Day pin stuffed in an adjacent filter pod. It is recommended that the investigating officer refer to case file #9393.

What is the pin's significance? 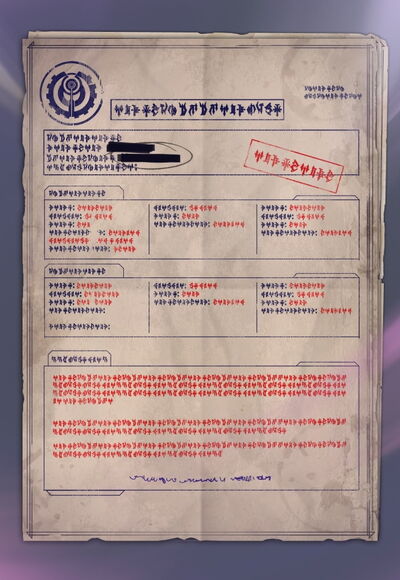 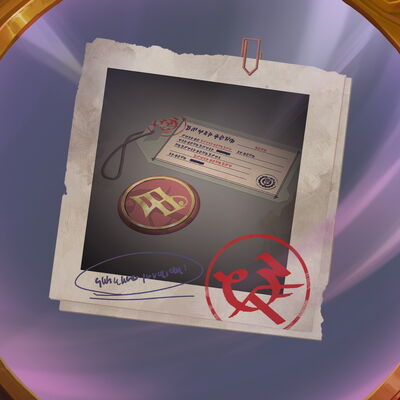 Enforcer █████████ on his nightly beat through the undercity when a scream rang out from a nearby nondescript building. The officer rushed inside to find a man - later identified as Nero Eso - lording over a makeshift operating table. The officer then saw another man - Faren Revaro - strapped to the table.

The officer raised his firearm and instructed Eso to get on the ground. The suspect complied. The officer reported the suspect had a very "nonchalant" attitude.

Back-up arrived on the scene shortly thereafter and helped to book Eso. It was at this time that enforcers carefully removed the straps and medical equipment around Revaro. Investigators noted that Mr. Revaro's mouth had be amateurly sewn shut with copper wire. The wire continued down the length of Revaro's neck, where it entered his skin, connecting to a small mechanical device at the top of his spine.

Medical experts on staff determined the wire not only functioned to keep Revaro from speaking, but also - if removed - would trigger the device, causing a deadly explosion.

As for the suspect, he too remained silent. The only contraband confiscated at booking was a Progress Day pin. 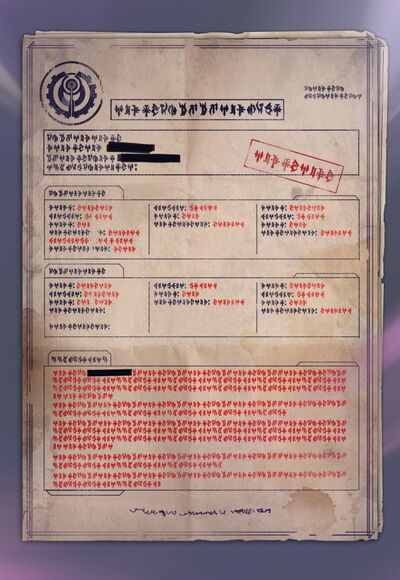 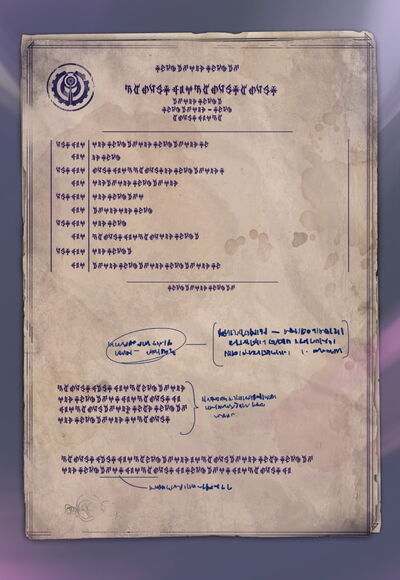 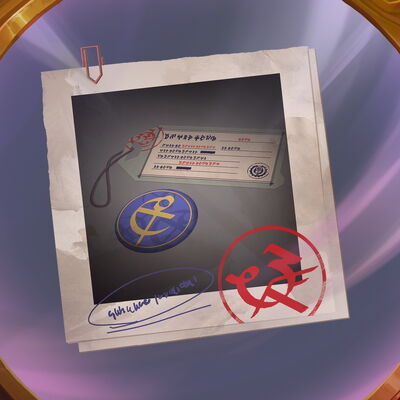 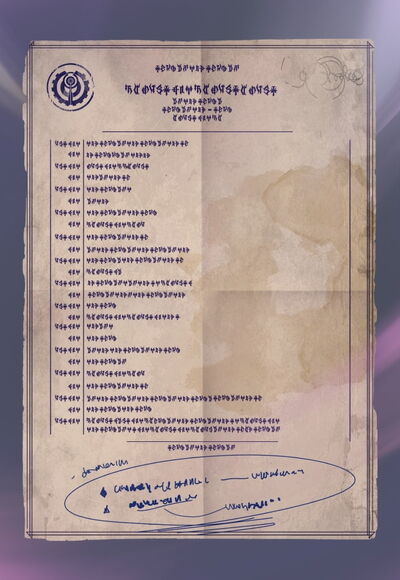