Consumes a charge to regenerate 5.208 health and 3.125 mana every 0.5 seconds over 12 seconds, for a total of 125 health and 75 mana. During this time, basic attacks and damaging abilities against enemy champions burn them, dealing 15 bonus magic damage over 3 seconds, increased to 20 while the user cannot regenerate mana. Bonus damage is halved for area of effect and damage over time effects.

Holds charges that refill upon visiting the shop (3 charges).
Corrupting Potion can be used even at full health and mana.

Limited to 1 type of Potion.

Corrupting Potion is an advanced consumable item in 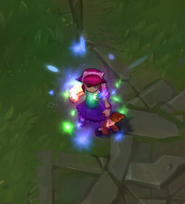 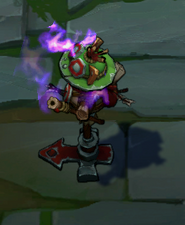