Reveals an area of the map for 5 seconds.

Clairvoyance was a 'targeted' summoner spell. It is only available on Featured Game Modes that are being played on The Crystal Scar map, such as Ascension and Definitely Not Dominion. It is mainly used for scouting, aiming skills, avoiding enemy ganks and setting up ganks of your own. It can not detect invisible units, but it can see into brush. Unlike wards, Clairvoyance needed not be "placed" into a specific patch of brush, but instead it revealed all brush within its range. 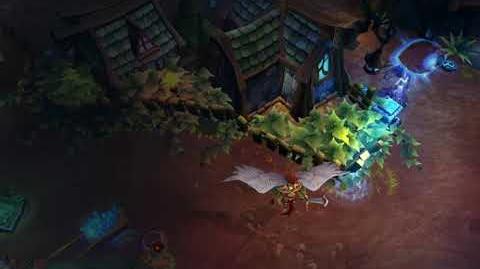