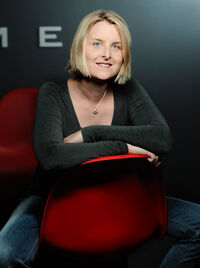 Christina 'kitae' Norman is the Design Director on Wild Rift working at Riot Games Inc. She was previously the Lead Creative Designer on League of Legends. She has previously worked at BioWare as a lead gameplay designer for Mass Effect 2 & 3, before moving on to Riot just before the release of Mass Effect 3.