< Champion classes
View source
watch 02:56
Raise a Floppa - The Loop
Do you like this video?
Play Sound

Tanks are tough melee champions who sacrifice damage in exchange for powerful crowd control. While able to engage enemies in combat, a tank's purpose isn't usually to kill opponents; rather, tanks excel at disrupting enemies and diverting focus to themselves, allowing them to lock down specific targets (or several targets at once), as well as remove (or peel) threats from their allies.

In addition to strong base defenses, tanks generally have a means of amplifying their tankiness even further with their abilities, and tend to fully invest in defensive items to maximize their resilience. However, tanks lack the tools to truly succeed in single combat, and their influence is limited by their low overall mobility, preventing them from constantly staying on top of their targets.

As tanks can handle burst damage very well, they tend to succeed against assassins and most mages, but their vulnerability to continuous damage puts them at a disadvantage against fighters and marksmen. Subcategories of Tanks are vanguards, and wardens. 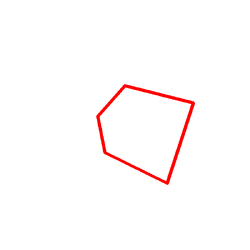 Vanguards are offensive tanks. Vanguards lead the charge for their team and specialize at bringing the action. Their explosive team fight initiation seeks to catch enemies out of position while allowing allies to follow-up to devastating effect.

Wardens are defensive tanks. Wardens stand steadfast, seeking to hold the line by persistently locking down any on-comers who try to pass them. Wardens keep their allies out of harm’s way and allow them to safely deal with enemies caught in the fray.