< Champion classes
View source
watch 02:52
Roblox: DeepWoken - The Loop
Do you like this video?
Play Sound

Slayers are highly mobile champions who specialize in single target burst damage. What they generally lack in resilience, they more than make up for with their ability to quickly cover large distances, kill priority targets and retreat just as fast. Epitomizing a high risk, high reward playstyle, assassins are natural opportunists and prefer to strike when their targets are alone and vulnerable, rather than engage them in a direct assault, favoring damage-oriented item builds to capitalize on their offensive capabilities. They're particularly effective against softer (or squishy) targets, especially mages and marksmen, but often struggle against the heightened defenses of fighters and tanks. Subclasses of Slayers are assassins and skirmishers. 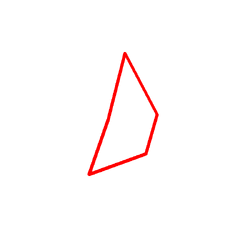 Assassins specialize in infiltrating enemy lines with their unrivaled mobility to quickly dispatch high-priority targets. Due to their mostly melee nature, Assassins must put them themselves into dangerous positions in order to execute their targets. Luckily, they often have defensive tricks up their sleeves that, if used cleverly, allow them to effectively avoid incoming damage.

Skirmishers (also known as Duelists) aim to shred through any nearby enemy that approaches. Because Skirmishers lack high-end burst damage or reliable ways of closing in on high-priority targets, they are instead armed with situationally powerful defensive tools to survive in the fray, along with extreme sustained damage to cut down even the most durable targets.