< Champion classes
View source
watch 02:53
GTA: The Criminal Enterprises - The Loop
Do you like this video?
Play Sound

Mages are champions who typically possess great reach, ability-based area of effect damage and crowd control, and who use all of these strengths in tandem with each other to trap and destroy enemies from a distance. Specializing in magic damage, often burst damage, and therefore investing heavily in items that allow them to cast stronger and faster spells, mages excel at chaining their abilities together in powerful combos in order to win fights, though their abilities also tend to be difficult to land and can be mitigated, if not avoided completely, by their targets if they react in time.

Though mages tend to focus on killing prime targets in combat, they can also fall back to their innate crowd control and utility to manipulate key opponents, protecting their team from them or setting them up for a takedown, and in the right circumstances can damage and control multiple enemies at a time. In spite of the influence they exert, mages tend to be innately fragile, and fall quickly to direct strikes.

In general, mages are capable of dealing well with marksmen, as their burst can kill them before they can return the same amount of damage, and fighters, as their crowd control tends to make them excellent kiters. However, they are easily shut down by assassins who can often bypass their reach and spells completely, and tanks, who can lock them down and soak up their abilities better than other classes. Sub-classes of Mages are burst, battle, and artillery Mages. 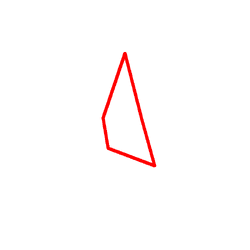 Artillery Mages are the masters of range, and they leverage that advantage to whittle down their opponents over time from great distances. In turn, Artillery Mages are severely punished when enemies finally succeed in closing in on them, due to their extreme fragility and limited mobility.

Battlemages (also known as Warlocks) get into the middle of the fray, seeking to wreak havoc upon the entire enemy team with their overwhelming sustained area damage. Due to their relatively short (but not melee) combat ranges and the need to burn down their opponents over time, Battle Mages have significant defensive capabilities that range from sustaining endlessly to literally defying death for a short period of time.

Burst Mages aim to single out vulnerable targets by locking them down and following up with a devastating barrage of damage from range. They are strongest when using their full suite of spells executed perfectly to maximum effect, and most vulnerable when they cannot deliver.