< Champion classes
View source
watch 02:40
World of Warcraft: Dragonflight - The Loop
Do you like this video?
Play Sound

Fighters (also known as Bruisers) are a diverse group of short-ranged combatants who excel at both dealing and surviving damage. With easy access to heavy, continuous damage (or DPS) and a host of innate defenses, fighters thrive in extended fights as they seek out enemies to take down, but their limited range puts them at constant risk of being kept at bay (or kited) by their opponents via crowd control, range and mobility.

Fighters tend to have an advantage against assassins, whose burst tends to fall short of killing them when unaided, as well as tanks, whose inferior damage allows fighters to eventually defeat them in duels, but often struggle against mages and marksmen, whose superior reach allows them to kite approaching fighters. Sub-classes of the Fighters are juggernauts, and divers. 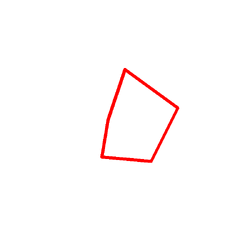 Divers are the more mobile portion of the Fighter class. Divers excel at singling out high-priority targets to blitz toward, immediately forcing those targets (and their teammates) to deal with the diver’s presence. Divers are not as durable as the tanks or juggernauts of the world, but Divers can take their fair share of punishment while bringing enough damage to be a real kill threat if left unchecked.

Juggernauts are melee titans who relentlessly march down the opposition and devastate those foolish enough to get within their grasp. They are the only subclass who excel at both dealing and taking significant amounts of damage, but in turn they have a tough time closing in on targets due to their low range and extremely limited mobility.