League of Legends Wiki
Register
Don't have an account?
Sign In
Advertisement
in: Games, Riot Forge, Lore games,
and 5 more

CONV/RGENCE: A League of Legends Story (or CONV/RGENCE) is an upcoming single player, action platformer game developed by Double Stallion Games and published by Riot Forge. Players will explore the spectacular world of

Ekko, a young inventor with an ingenious device to manipulate time. Follow the journey of Ekko, a fan-favorite

League of Legends Champion, as he discovers that the power to change time comes with many consequences.[1]

The game has only one known playable Champion who originates from League of Legends. 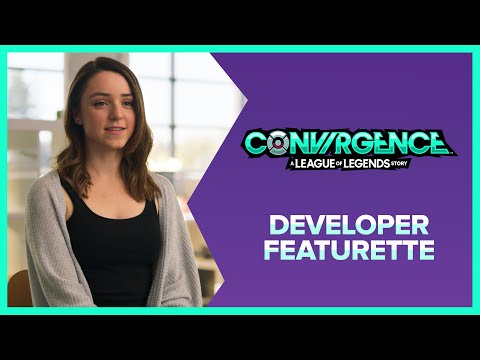