530, and is not a flexible bundle. Buying each champion individually would cost

3410. Purchasing each of the 20 champions individually comes out to

This is a flexible bundle: the price is reduced if you already own one or more of the champions, to a minimum of

If you plan on buying the bundle with maximum BE/RP ratio, then it's best not to buy any champions from the bundle.

The bundle reduction is:

In other words, any partial purchase of champions makes the bundle less efficient. (The exact formula is more complex but it boils down to that.)

2520. Purchasing each of the 20 champions individually comes out to

This is a flexible bundle: the price is reduced if you already own one or more of the champions, to a minimum of

975 if you already own every champion.

If you plan on buying the bundle with maximum BE/RP ratio, then it's best not to buy any champions from the bundle.

The bundle reduction is:

In other words, any partial purchase of champions makes the bundle less efficient. (The exact formula is more complex but it boils down to that.) 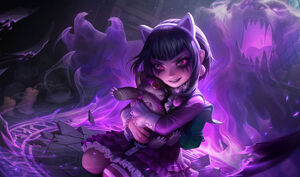 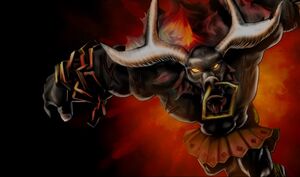 The Retail Collector's Edition is the paid version of the game League of Legends, and costs US$29.99. It includes US$10 of RP (

1380) for use in the store, 4 Special Summoner Runes which come out to

2393 and has been available since July 14, 2009. Purchasing each champion individually comes out to 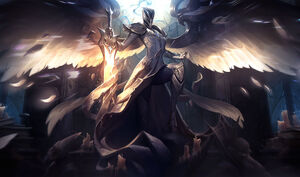 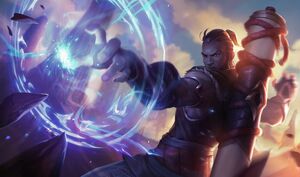 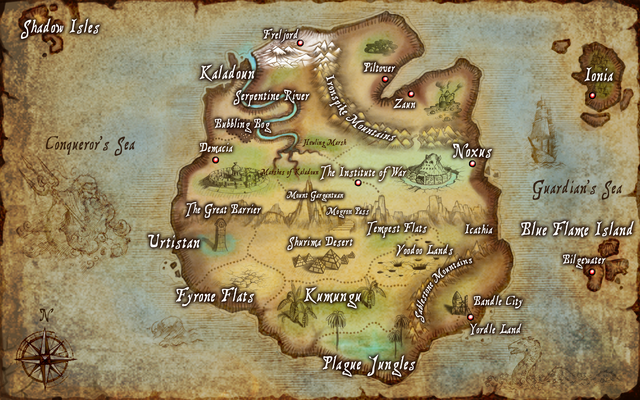 The last remaining survivor of his clan, Alistar has come to the Institute of War for one purpose — to find the human girl who saved his life years ago. He barters his combat skills for information, determined to pay a life-dept that he is determined to pay in full.

Amumu is a bundle (literally) of emotions, experiencing moments of extreme anger followed by bouts of crushing depression. It is during these times that it is best to stay out of his way, or you may find yourself wrapped up and strangling inside his tear-stained bandages.

Champions who have met her in the Fields of Justice speak of an Annie that belies her visage. There is no childlike sweetness; there is only the fury of a grey witch and the unbridled power of the cabal

As a descendant from ancient nobility, Ashe is one of but a few hearty souls from Freljord who can claim the title of Frost Archer. Along with mastery of the bow, Ashe is renowned for her resourcefulness even in the most dire of environments.

The Harbinger of Doom

Fiddlesticks torments and terrifies all who look upon him with his wickedly crooked smile. His quaint name belies the potency of his prowess in combat; he is the Harbinger of Doom for all of Valoran, bearing the news of his opponents' impending destruction.

Jax was the most successful combatant in the history of the Fields of Justice for numerous years. The Institute of War sought to balance his domination by forcing him to fight with a brass lamppost; this has done little to stop his winning ways.

Even with her link to the realms divine severed, her will and heart remained untainted by darkness. She stands as her own veacon of light in combat, dispensing justice upon the unjust as she sees fit.

Hushed tales tell of Master Yi, the Wuju Bladesmen, being not born of Valoran but rather from the cosmos itself. His mystical nature lends itself well to his unparalleled skill with the blade. It is said that his combat style is magic unto itself.

Crouching down on the edge of a cave, Nunu waited for the biggest yeti he had ever seen to come slumbering out. With a leap and a howl, Nunu came down on the beast's back and held on tight. They have been inseparable ever since.

Ryze is the definition of the ultimate scholar, far surpassing just mere obsession with knowledge. He meticulously catalogs every magical spell he has encountered, going as far as tattooing the most rare and powerful incantations directly onto his own skin.

It is said that madness is merely a matter of perspective. The maniacal gleam Singed gets in his eyes when he unleashes his chemical concoctions on unsuspecting foes leaves little doubt that his perspective on his own madness is quite clear.

His foes thought that the beheading of Sion — the Butcher of Tempest Flats — would be the end of his bloodthirsty ways. For Sion and his executioner's axe he calls "Chopper", however, death was merely the beginning.

The Mercenary known as "The Blade Mistress" brings an unparalleled mastery of bladed weaponry and battlefield tactics to the Fields of Justice. Her weapon of choice is the crossblade - a four bladed ranged weapon designed to return to her no matter how far she throws it.

Among the Ionians, Soraka is known as the "Starchild" — the first among equals, the high priestess of Ionia, and the protector of the Ionian spirit. Time and time again, Soraka has led the peaceful Ionians to victory in the defense of their homeland from would-be conquerors.

The Leader of the Bantam City Scouts is the foremost authority on Yordle military tactics. His curriculum for young Yordle scouts includes teaching blow-dart carpet bombing tactics and the proper way to load trebuchets with poison-tipped sewing needles.

Tristana is the leader of the First Ruby Megling Brigade of Bantam City, or Rubies for short. They are crack Yordle infantry squad armed with devastating ranged weaponry and explosives. For Tristana, there isn't a big enough explosion that her Robies can make in the Fields of Justice.

It was said that when this child was born, it would signal the beginning of a new era. It was said that the barbarian tribes would rise up. And under the banner of a serpant-shaped rune, they would rule the world.

No matter what hand he is dealt, whether it is in a card game or in a heated battle in the Fields of Justice, Twisted Fate always finds a way to make his own luck and come out on top. When asked how he does it, he merely smiles and says, "It just takes a little fate, friend."

To Warwick, his past as a mere chemist is irrelevant. All that concerns him is his new life after "The Change". Warrick has embraced his lycanthropic transformation fully, finding power in the hunt for the blood of his enemies that simple chemical formulas would have never given him.