Buhru is an island and coastal settlement which is part of the larger Serpent Isles.

The isle of Buhru are one of the isles of the Serpent Isles island chain,[1]. Here battle isn't considered a test of strength but of will.[2] These Isles are the location from which the religion of

While much of Valoran knows the archipelago as the Blue Flame Isles, to the indigenous people of Buhru they have only ever been the Serpent Isles. Buhru's ancient culture is highly respected, reflected, and sometimes imitated in the daily life of Bilgewater—including traditional medicine, and monster hunting techniques.

The indigenous culture of the Blue Flame Isles is highly respected by the inhabitants of Bilgewater and aspects of it have been incorporated into daily life. The native peoples' knowledge of the ocean and its denizens is second to none; no ship is able to navigate the perilous straits around Bilgewater without their guidance. Those of indigenous descent often hold key roles in Bilgewater's fleets and gangs and are regarded with almost mystical reverence, as are the rare few embraced by their community.

There are several ancient languages spoken in Bilgewater and islands around it; one of which is spoken by priests of Nagakabouros from the Isle of Buhru, such as

Buhru ['bʌh.ru] is an inflectional and agglutinative language, i.e. Buhru-speakers modify a word to express grammatical categories: like a noun's number, a verb's tense, etc. by adding affixes, yet roots and affixes almost always remain unchanged:

For longer words use a – (dash) if needed to signify a morpheme boundary. Never use an apostrophe (rare exceptions exist, like sa'eu).

Buhru possesses a deep orthography: a sound does not always correspond to the letter in a one-to-one fashion; for example: Y is pronounced like English "y" [j] in yaotl [ja.otɫ̩] but "sh" [ʃ] in Yaowc [ʃa.oʊs].

Central to Buhru culture is Nagakabouros—god of life, growth, and perpetual motion. Also known as the Mother Serpent, the Great Kraken, or the Bearded Lady, she is commonly depicted as an enormous, monstrous head with many spiraling tentacles.

When arriving in and leaving port, sailors throw offerings overboard in the hope of quelling her wrath. Myths about her date back centuries, and it's a reckless sailor who fails to drop the traditional tithe into the Serpent's Well upon docking his ship in Bilgewater.

Illaoi, the Goddess' priestess, tests weaklings and the dead to see if they pass Nagakabouros's judgement. The Goddess directly intervened in one of the recent Harrowings to stop the Black Mist from destroying the entire city of Bilgewater.

Enourmous idols drifting at sea. They are enchanted by the Buhru people to warn the shores of the approach of undead beasts from the Shadow Isles by shining a bright light.

Ixtali culture is part of an older great westward diaspora that gave the rise of civilizations such as the Buhru of the Serpent Isles. After its isolation from the rest of the world and the formation of Bilgewater, a lot of pirates and adventure seekers would attempt to trek into the unforgiving jungle landscape in search of ancient treasure, only to never be heard from again (due to the wildlife, or the Ixtali defending their borders). One of the group of people that settled the regions around Ixtal are the riverfolk of the Serpentine River. 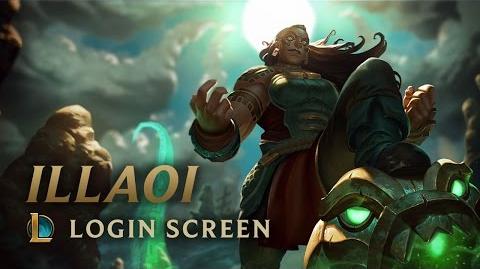 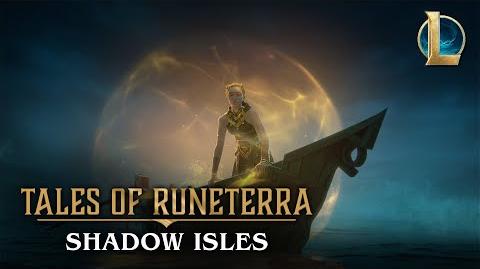 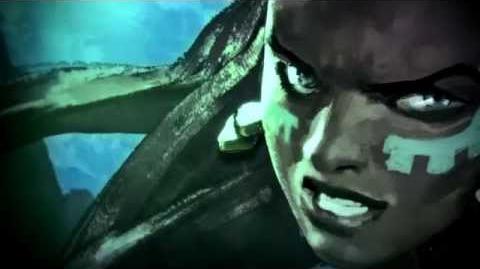 Trial Of The Kraken Priestess 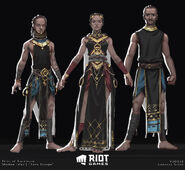