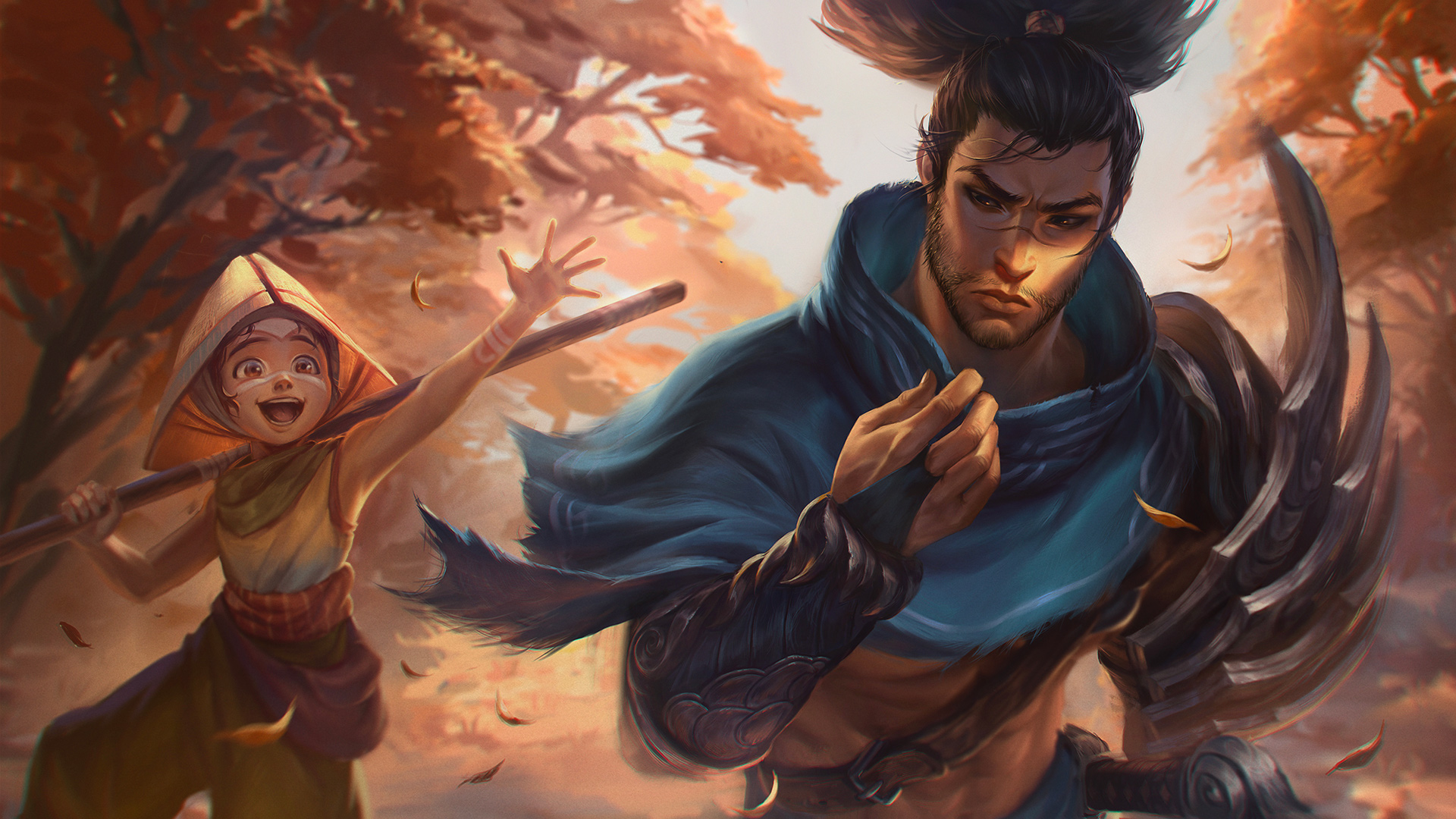 He sits cross-legged with his back to me, in front of a tall sapwood. The weeping settles into sniffling, wet hiccups. I stop at the edge of the trees, and look back at the shade of the road below. The midday sun is merciless, streaming bright into the boy’s meadow. He doesn’t seem hurt. The clearing is open. Unprotected.

You’re not needed. Keep to your path.

The voice rings clear in my head, though I haven’t heard it spoken aloud for some time. I turn, but about-face at the sound of a deep, racking sigh, ending in renewed little sobs.

When I am about three sword lengths away, I step on a dry twig to announce my arrival. The boy starts at the sound.

“Teo, I’m sorry, I didn’t mean…” The boy’s rushed apology is muffled by the swipe of his sleeve across his face. He stops dead at the sight of me.

He retreats so quickly that his back thuds against the tree.

“Emai paid the Brotherhood,” he stammers. “I wasn’t playing on the road.”

At the mention of the group, my hand goes to my blade. The boy stares at me; his crying gives over to a series of shallow gasps. Of course. He thinks I’m some Navori thief coming to take something from him.

He thinks you’re a criminal.

I release my grip, trying to appear more friendly. “No, I’m not with the Brotherhood,” I say. “I heard someone from the road. Sounded like they were having a tough time.”

The boy wipes his wet cheek with his sleeve again, trying to save face in front of the stranger standing before him.

The boy starts to shake his head slowly, but the truth tumbles out of him.

“It was me,” he admits, shame roughing his voice. “I… I just wanted to play with it.” He points up. There among the tree’s uppermost branches is an old festival kite, its silk tails fluttering in the light breeze. “It’s Teo’s.”

His eyes start to water again. He shows me the palms of his hands, covered in sap, darkened with dirt and bark.

“I tried climbing the tree, but it’s too tall. Teo’s going to be so angry with me. He told me not to.”

A moment passes between us. “

Brothers often say that,” I murmur.

There is a small pile of broken soil in front of the boy. I kneel, wiping away the top layer to reveal a newly sprouted sapwood nut.

“My emai is a woodweaver. I’m learning. I thought…” The boy hangs his head, embarrassed at the idea. Woodweaving even a sapling would take far longer than an afternoon.

I keep the smile from my lips. “An admirable effort.”

The boy’s gaze lingers on the fluted edges of my pauldron.

“That pattern isn’t from our village,” he says, caution edging into his voice. “Or the village in the next valley.”

“I’m on my way to Weh'le,” I reply. “I was making good time on the Noxian road. Even if the stone is a bit hard on the feet.” I try to smile, but with the thought that

Noxus could leave us anything of value, I know it comes off a grimace.

I look up at the kite sitting delicately in the high branches. “It’s been a while since I’ve climbed a tree, kid.”

I offer him my hand, my own name hesitant on the tip of my tongue. It’s been too long since I've said it with anything but shame.

Come on. You’ve been called worse.

Yasuo,” I say, and pull him up from the ground.

I step from the shade of the tree, and back into the sunlight of the clearing to get a better view. The day is hot and still. I close my eyes to feel the tiny currents of air lingering at the edges of the meadow. A small breeze picks up, pushing the wisps of hair from my face.

“I wish I could just blow it down. Woodweaving is useless,” Joab mutters, frowning from the kite to his sapwood seed. “There was an elder once who could move the wind, but he’s dead. And his student could too, but emai says he’s dangerous, that he killed the elder…”

I reach for the blade at my side. As I draw the weapon, I focus the magic. Eddies of wind swirl around it, gathering in tighter and tighter whirls. Dust and dead leaves dance on the blade until I shape the whirlwind to my liking, then

release it with a flick of my wrist.

The invisible force hits the tree dead-on, the trunk shuddering with the impact. The branches shake as if some unseen spirit rises through them, finally reaching the kite. The colorful silk lifts off gently as the air returns to the sky above, and drifts slowly into my outstretched hand.

The boy’s mouth hangs open a bit, but he closes it quickly. The fear is back.

Ionia knows what you are.

Joab looks to the forest road, maybe for someone to come hunting for me. “Did you escape?” he whispers, but I shake my head. “Did they let you go then? I mean, were you pardoned?”

“I can’t be forgiven for a crime I didn’t commit.” It’s just a technicality, but I say it before the voice in my head can.

But you killed the others…

I take a deep, steadying breath, concentrating on the cool breeze at my back and the kite in my hand to keep the memories at bay. Joab chews on his own thoughts for a moment.

Just as his mouth opens for another question, a glint of metal emerging from the forest catches the sun.

I raise my blade in anticipation, only to find a slightly older mirror of Joab carrying a small farming tool attached to a long rope. I lower my weapon quickly, but too late—fear and wariness settle into the meadow.

Too fast to react, too slow to stop.

Never enough for him. It’s my whole life in miniature.

Joab’s brother watches us. He does not leave the safety of the forest edge.

“Joab,” the older boy calls out. Joab runs over obediently, but stops when he sees the tool and the rope. I pull on the light breeze, straining to hear.

“What’s that for, Teo?” Joab asks, realization turning to anger. “You knew I would take the kite?”

I shake my head. Of course he knew.

Big brothers always know what little brothers will do.

“Yeah, always the exact opposite of whatever I tell you, Joab,” the older boy says, still watching me. “Who’s that?”

Joab glances back, then leans over and whispers in his brother’s ear. Teo’s eyes grow wide for a moment, then relax into a dismissive scowl.

“Emai says it’s time to eat,” Teo says as he turns to leave. Joab pulls on his arm, trying to slow him down. He whispers again in Teo’s ear.

I try to quiet the wind that carries the next words, to stop listening, but it’s too late.

The word catches in my throat as the wind finally stills around me. Xiiri is something unwanted. A misfortune brought by outsiders or greed. A little pest that follows big brothers around…

The sun beats down, heating the blade at my side. It’s a word I’ve heard all my life.

You’re not needed. Keep to your path.

I steel myself, and walk to the brothers.

“Listen to him, kid,” I say, handing the precious silk bundle to Joab. “Brothers know best.”

Before either of them can answer, I walk on, returning to the road ahead. 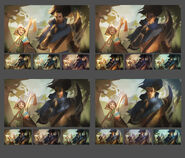