< Brand
View source
watch 02:46
The Quarry - The Loop
Do you like this video?
Play Sound 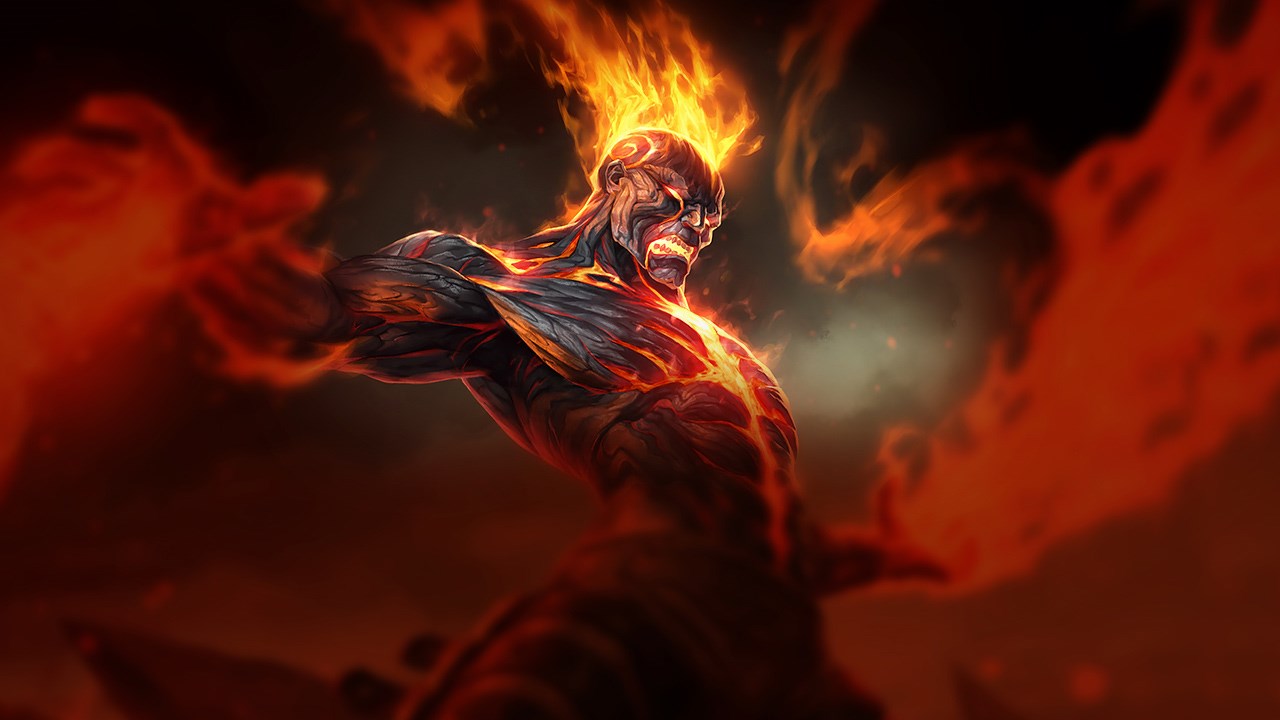 Brand is a champion in League of Legends.[1]

Innate: Brand's abilities apply a stack of Ablaze to enemies hit that lasts 4 seconds, which refreshes on subsequent hits and stacks up to 3 times. Subsequent abilities used against a target with Ablaze are empowered. Killing an enemy afflicted with Ablaze or with an ability restores 20 − 40 (based on level)

Upon applying 3 stacks of Ablaze to a large

champion, the fire becomes unstable, forming an area around the target that grants

sight and explodes after 2 seconds, consuming all stacks. All enemies within the detonation are dealt 9% − 13% (based on level) of their maximum health (+ 2% per 100 AP) as magic damage and applied a stack of Ablaze. The explosion will still occur if the target dies to the ability applying the third stack or during the delay.

Brand cannot stack Ablaze more than once on enemies who have exploded in the last 4 seconds.

Active: Brand launches a fireball in the target direction that deals magic damage to the first enemy hit.

Ablaze Bonus: The target is

Active: After a 0.627 seconds delay, Brand erupts a pillar of flame at the target location that deals magic damage to enemies hit.

Active: Brand sets the target enemy aflame, which creates a blast that deals magic damage to them and nearby enemies.

Active: Brand launches a fireball at the target enemy that bounces between nearby enemies and Brand up to four times, dealing magic damage to enemies each time.

If Pyroclasm's current target becomes invalid, it selects a new target at its remaining bounces. The fireball will bounce to Brand even if he becomes an invalid target while it is currently on a target or is in flight towards him. If there are no nearby valid targets, the fireball fizzles.

visible for the fireball to bounce to them.

Ablaze Bonus: The target is

slowed for 0.25 seconds. This can affect the same enemy more than once. 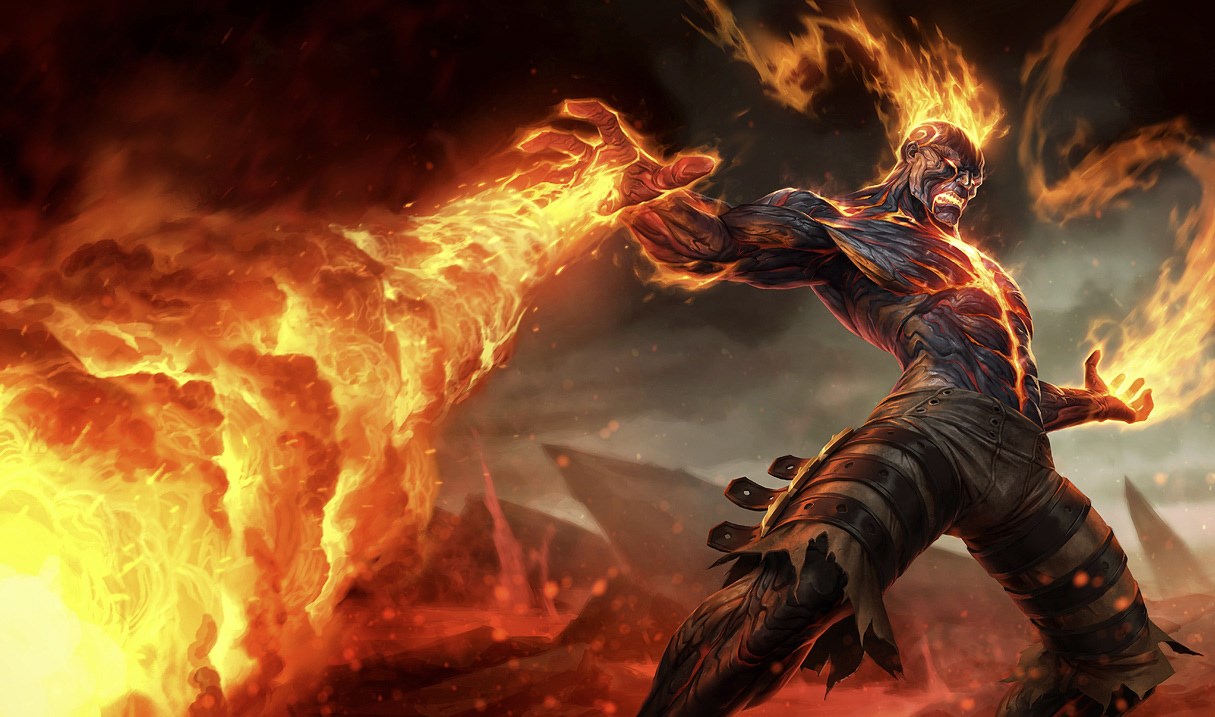 880
12.04.2011
Once a tribesman of the icy Freljord named Kegan Rodhe, the creature known as Brand is a lesson in the temptation of greater power. Seeking one of the legendary World Runes, Kegan betrayed his companions and seized it for himself—and, in an instant, the man was no more. His soul burned away, his body a vessel of living flame, Brand now roams Valoran in search of other Runes, swearing revenge for wrongs he could not have suffered in a dozen mortal lifetimes. 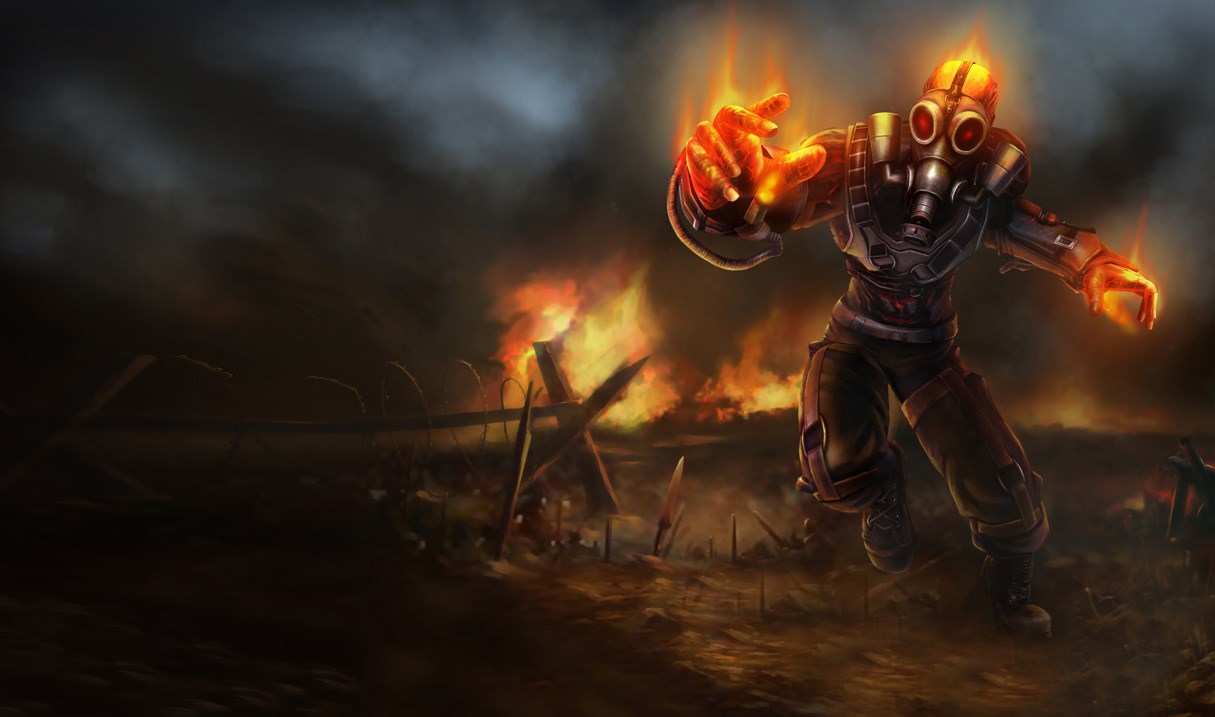 750
12.04.2011
Before the devastation of Runeterra, Kegan Rodhe was a search-and-rescue specialist deployed to active wildfire zones. When the bombs went off, the world vanished in the blink of an eye—and Rodhe along with it. All that was left was the empty wasteland… and a monstrous creature of living flame, calling itself Brand. 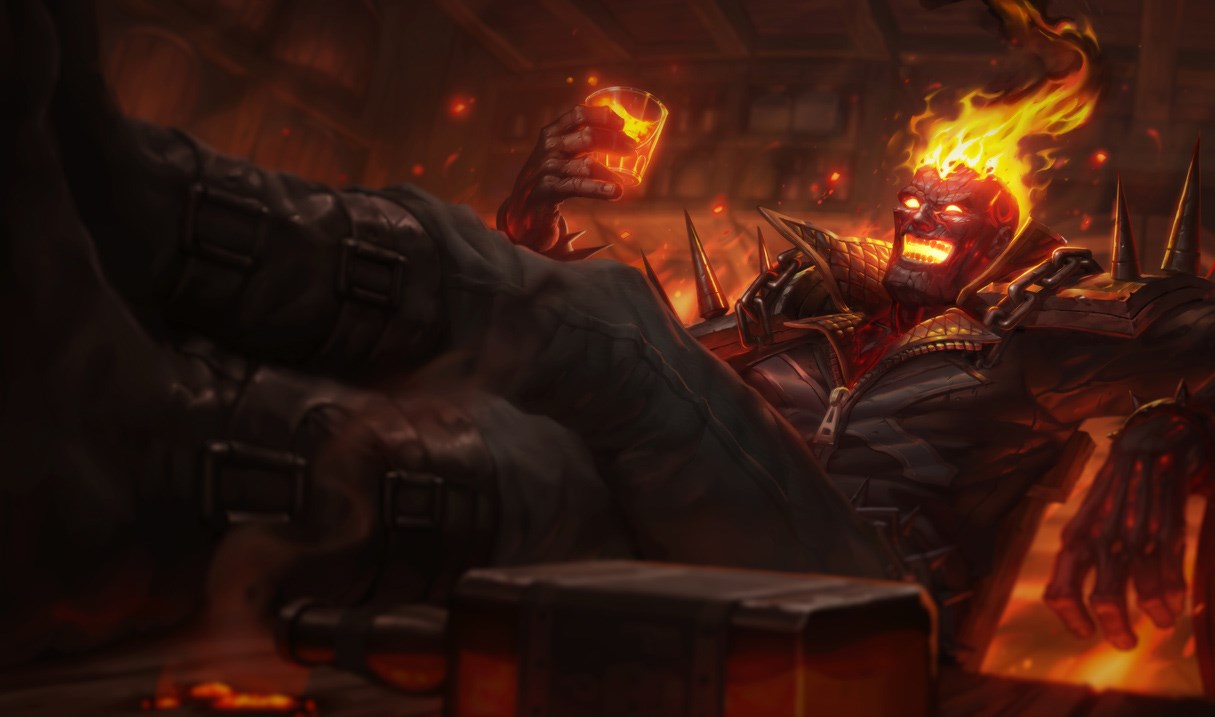 520
12.04.2011
The wasteland is full of problems, and there's no better problem solver than Brand. Sure, his prices are a little high for a glorified thug, but nothing sends a hard message like a fistful of supernatural fire. 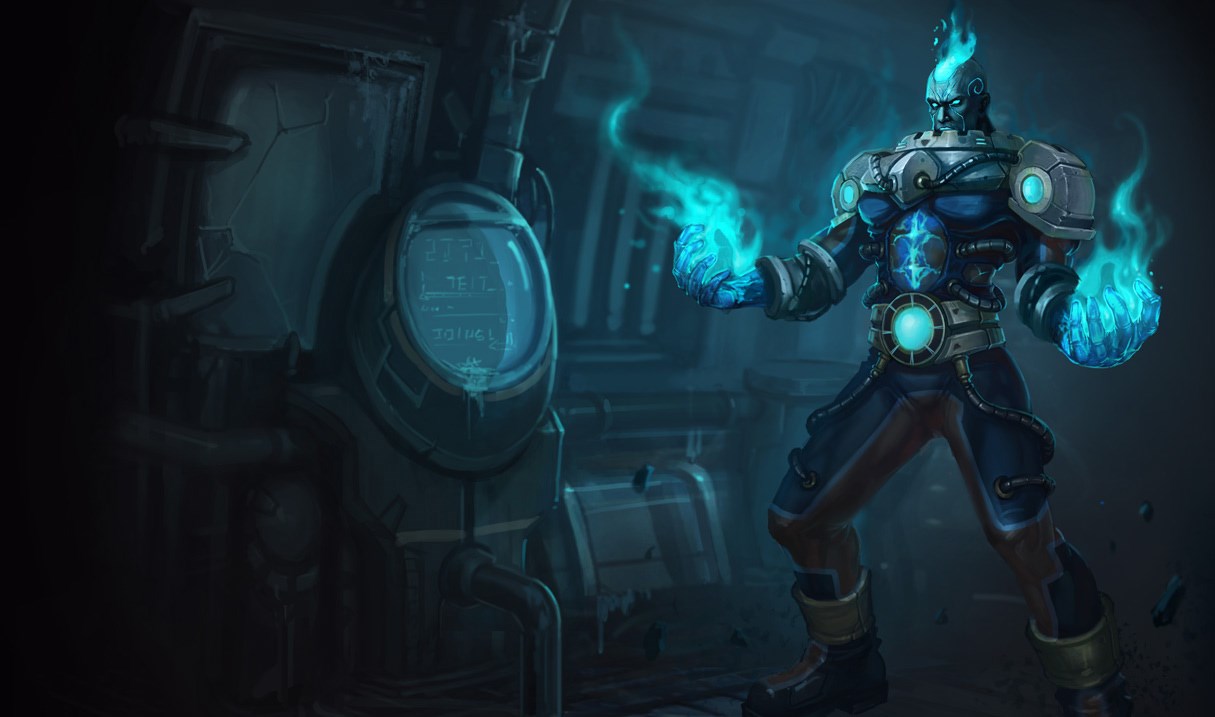 975
05.10.2011
An elite soldier of a military wetworks unit, Kegan Rodhe was left behind enemy lines deep in the frozen arctic! But instead of dying, Rodhe found himself captured by a cabal of evil scientists, whose brutal experiments transformed him into the diabolical villain Cryocore! 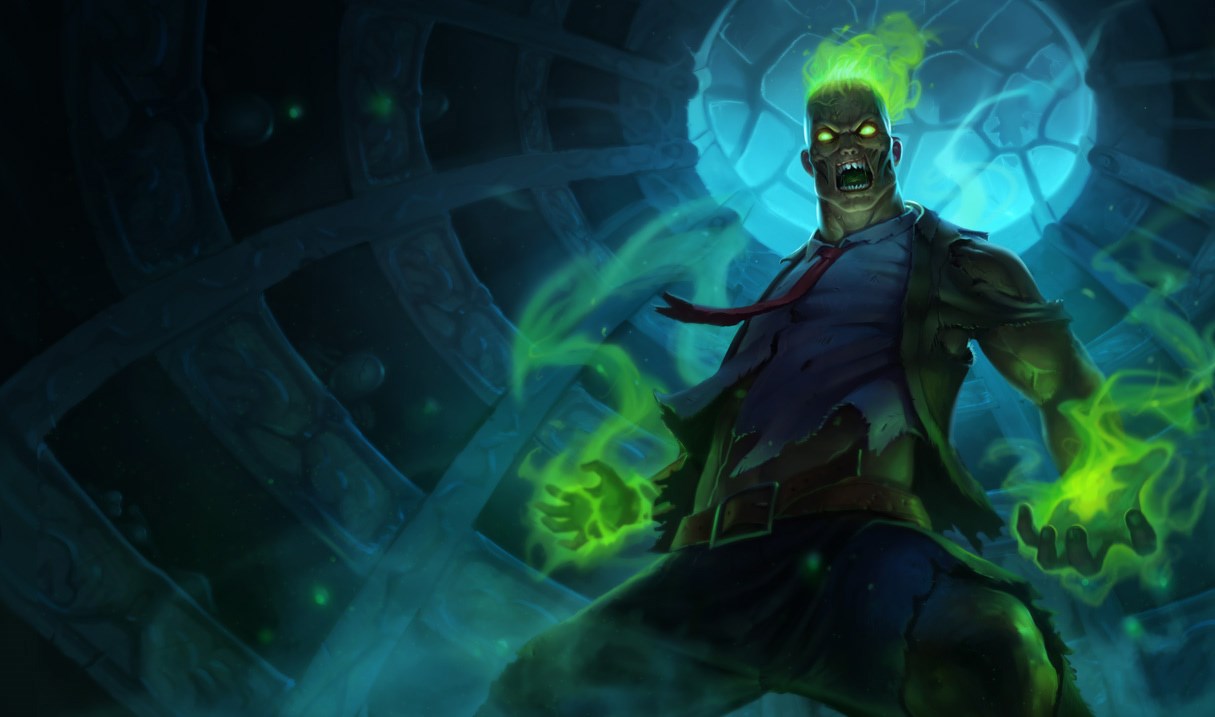 1820
26.10.2012
Before the mutagenic outbreak, Brand was a leading military scientist, responsible for the development of a powerful virus deep within a government compound. But the same government who elevated him among his peers suddenly cut his funding, forcing Brand to test the mutagen on himself… with disastrous results. 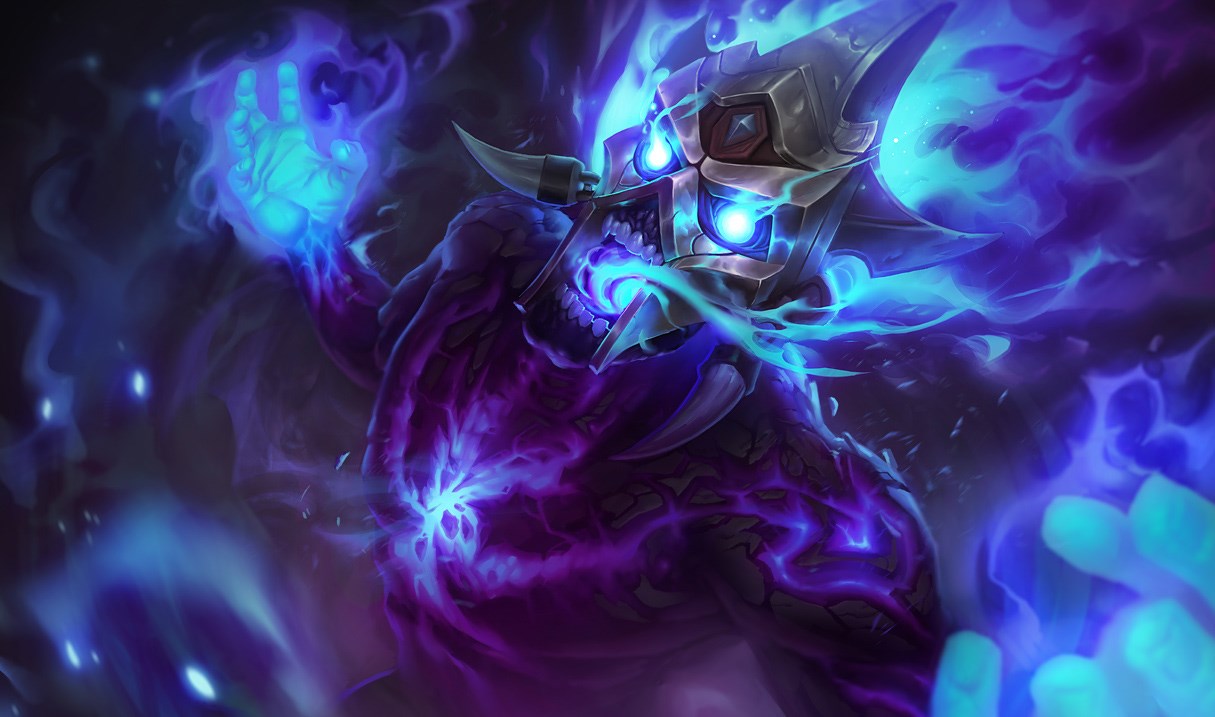 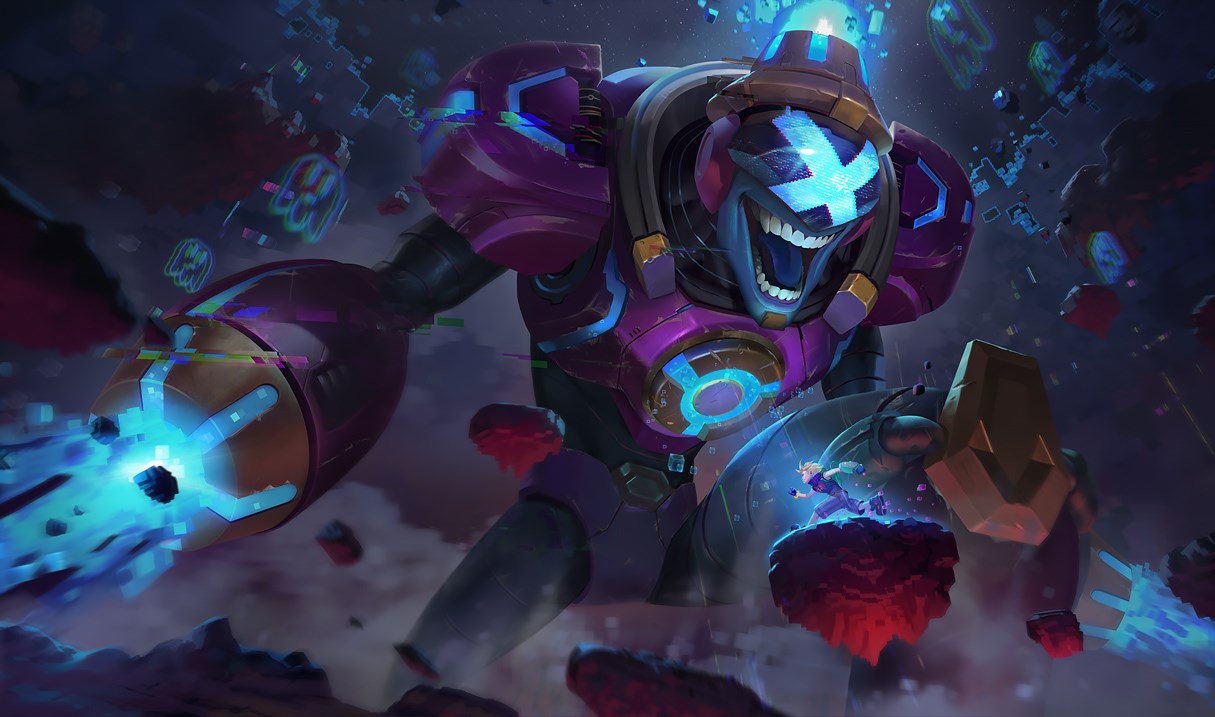 1350
08.08.2017
The fire boss from a bestselling action game, Brand has no intention of returning to his original machine. He'd rather see all of Arcade World burn to the ground, to be rebuilt in the image of the villains who rule it. 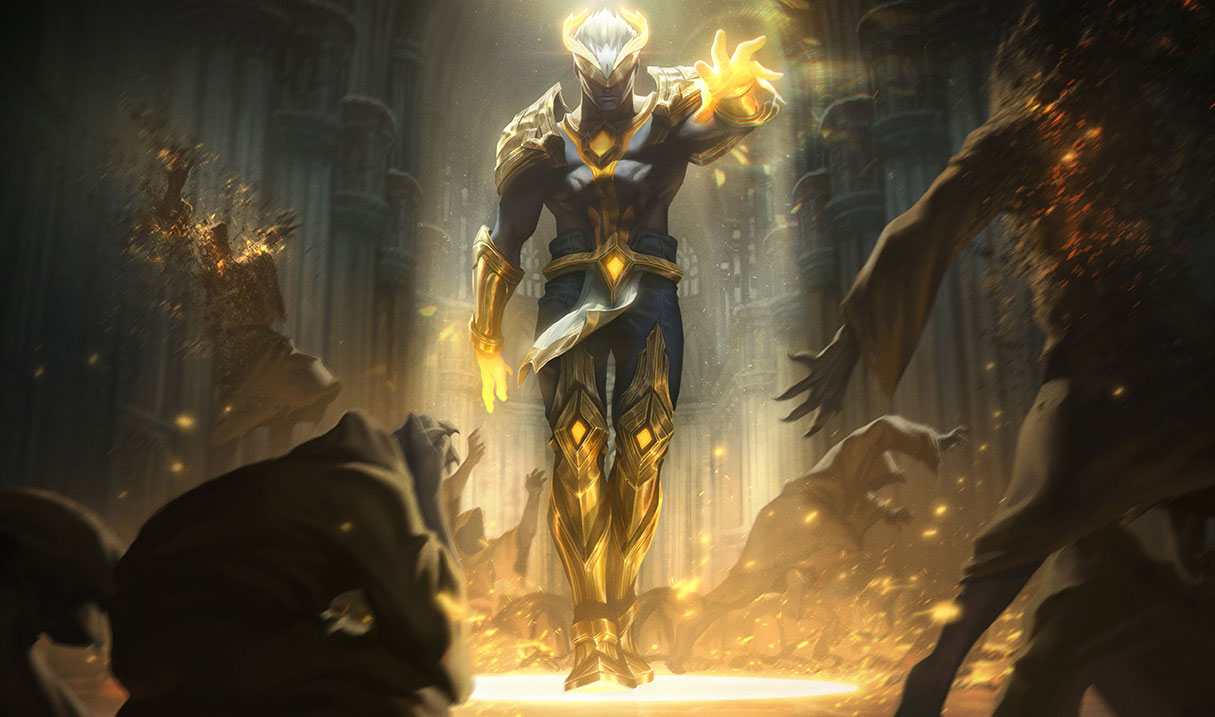 1350
07.03.2019
In the early days of civilization, Vel'Koz chose a man named Kegan Rodhe to take up the mantle of the first Arclight, gifting him with vast divine powers. But millenia have passed since then, and though Rodhe is gone, his body is still animated by the light, filled with nothing but pain and rage. 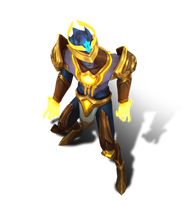 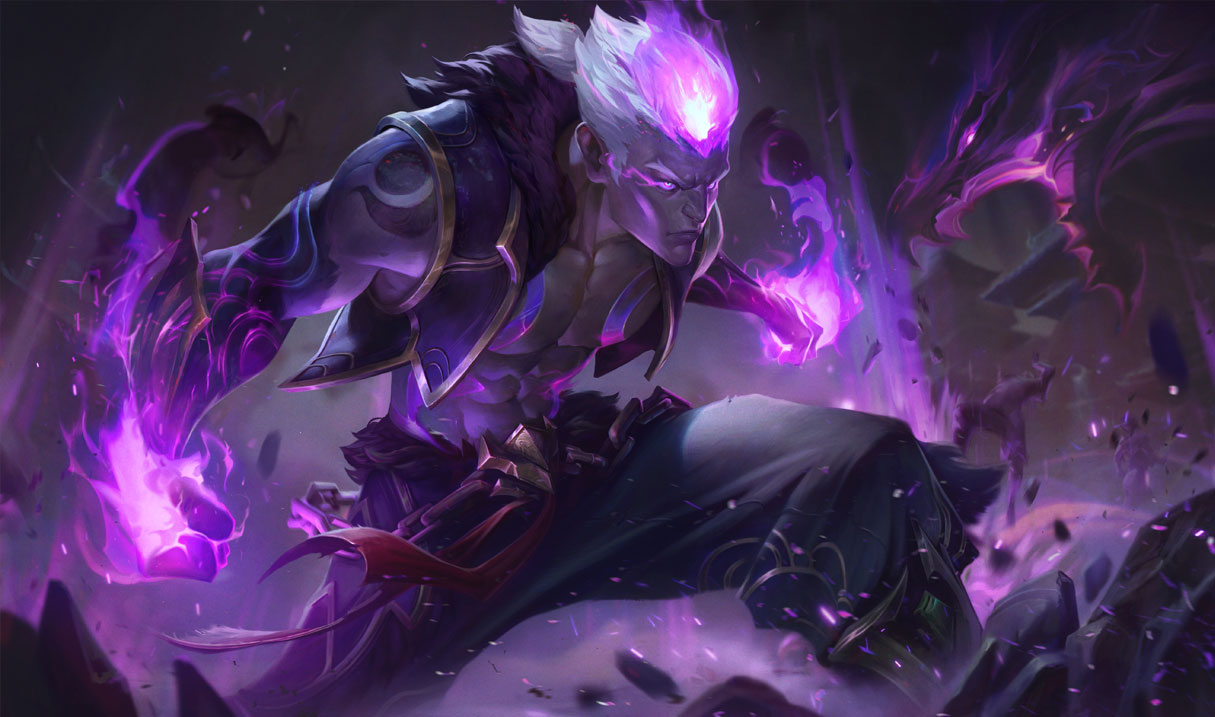 1350
01.10.2020
Intoxicated by the power over life and death he received from the Eternal Dragon, Brand now spreads death and decay across the land. Now that his dragon benefactor has retreated from the affairs of mortals, only other dragon-blessed can fight against the rot Brand leaves in his wake as he asserts his prowess. 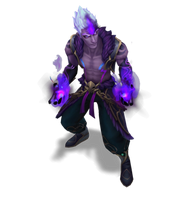 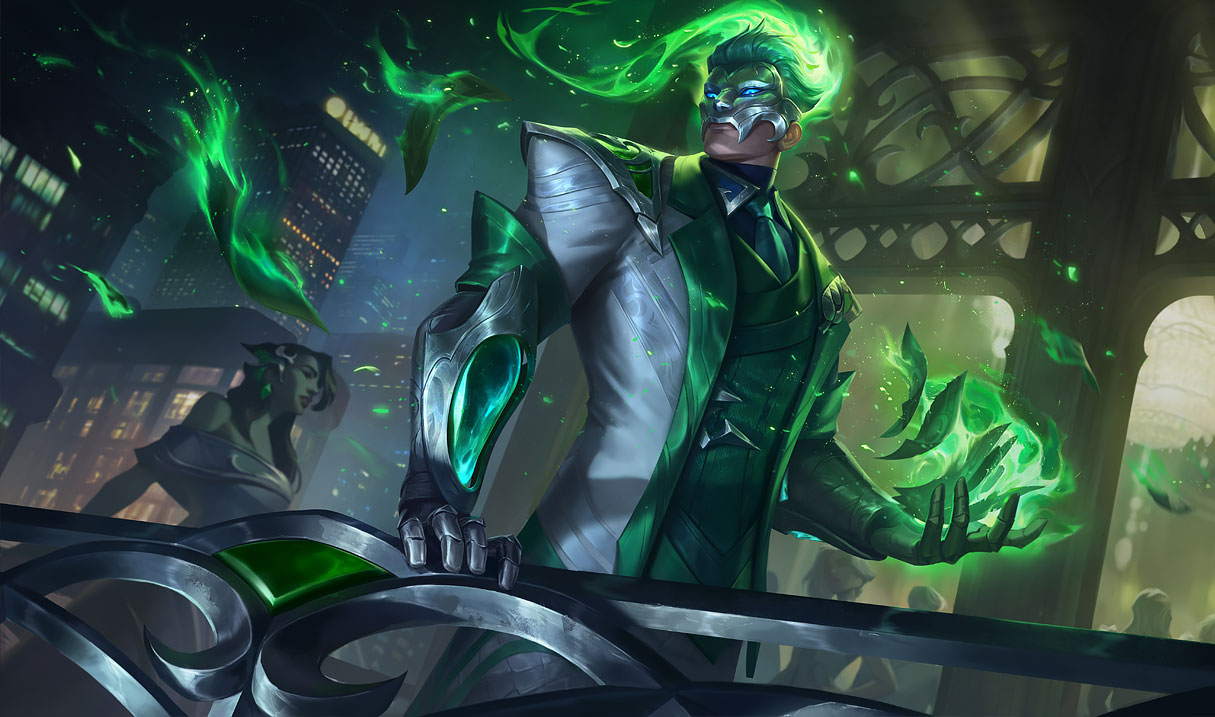 1350
09.12.2021
Longtime rival to Master Yi, Brand owns a competing chain of high end hotels and can be seen verbally sparring with his enemy at any gala that will tolerate them. Their battles are legendary… though the property damage alone skyrockets into the tens of millions. 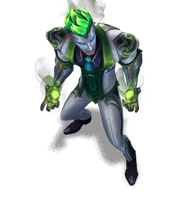 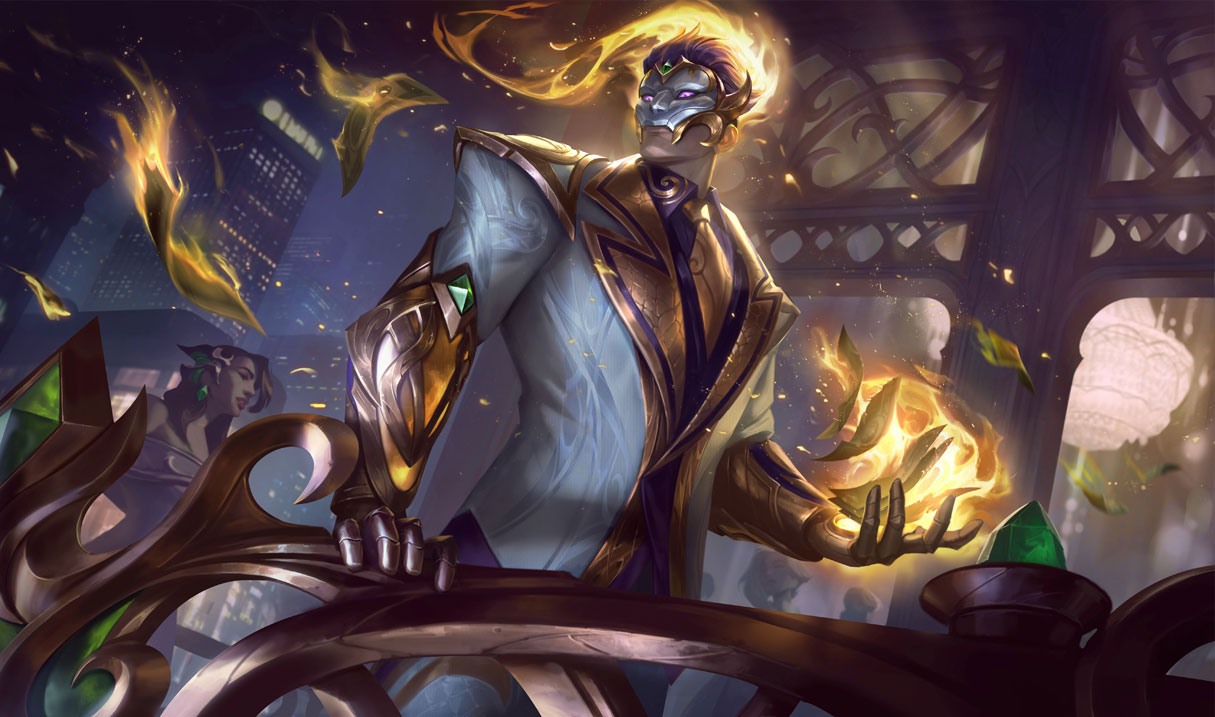 Prestige Debonair
View in 3D
Special
09.12.2021
With a blisteringly fashionable custom suit, the plans for which he burned, Brand stands on the precipice of something he has long thought beyond his reach: defeating his rivals and standing atop the greatest aristocrats in the world.