Influence Points to unlock champions. It then replaced the older currency in V7.22. 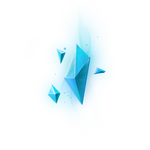 First Win of the day

800 for each mission completed.

Some events award unique currency (tokens) for completing missions and playing. These currencies can then be used to craft additional rewards in Hextech Crafting. Blue Essence has been one of the exchangeable rewards, often for the leftover currency due to their low price.