Blitzcrank's Poro Roundup is a free side-scrolling mini-game published by Riot Games Inc. and developed by Pure Bang Games. The App Store listing was available for a limited time.

"From Riot Games, creator of League of Legends (and Teemo… sigh), comes Blitzcrank’s Poro Roundup, a free side-scrolling mini-game, out now for a limited time!

Blitzcrank must save his fluffy

Baron Nashor's belly. Why? Well, because robots have hearts too... or maybe their programming is just telling them that they do. This is getting confusing.

You can download Blitzcrank’s Poro Roundup during the League of Legends Arcade celebration until September 21, 2015!" 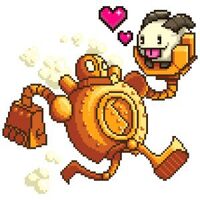 Poros while evading obstacles. You can move up and down the track, and can "crank" to grab and pull Poros and objects in front of you.

Grabbing Poros saves them from being gobbled up by

Baron Nashor and grants gold, which you can use in the Shop. You have a limited number of hearts, and lose one heart for each Poro that disappears past the left side of the screen (where they are gobbled up by Baron). If too many Poros are devoured, your champion will give up and be eaten by Baron.

The Poros come in a variety of forms, some of which have special characteristics and powers. After saving a sufficient amount of Poros, you will enter a Boss Fight with another named champion in League of Legends. Their attacks can

slow (2.5s) you, making it harder to collect Poros. Each Boss Fight has three phases, and in each phase, the boss will gain new attacks or mix up them up. By grabbing them, you damage the boss and trigger the next phase. Grabbing the boss three times defeats them, and moves you onto the next Stage.

Both Poros in a pair will run when bumped.

Mohawk-sporting Poros that come in pairs. They also come in 3 different colors that each move at different speeds (white, pink and purple). However these Poros also move up and down in a small area, making them harder to grab.

Sickly green Poros that come in pairs, they periodically emit

White Poros donning a wizard hat. They create a shield around 2 random Poros, causing grabs to bump instead. Noxus introduces the armored variety of Mage Poro.

Blue Poros that come in pairs, armored in ice.

Large blue Poros that move slowly and periodically stop to catch their breath.

Orange Poros that come in pairs, the foremost of which holds a

Yordle Snap Trap. When grabbed, the Poro deploys the trap at the far end of the row that inflicts

Death Sentence). When bumped, they become tangible while they run forward.

Charred black Poros that come in pairs, they periodically burst into flames. Grabbing a flaming Poro will dispel the grab and inflict

Stun. When bumped, the flames are turned off as they run.

Brown, bandana-clad Poros that get bumped for the first 2 grabs, dropping coins that can be collided for

Ranged minions stand in place and attempt to hinder a grab. Grabs pierce through minions, removing them at the cost of an increased grab animation time. Bumping a minion will inflict

Bosses gain new attacks with each phase, always attempting to fire down the player's row. When a boss translates behind the player, the character moves to the center of the field.

Requires 5 hits for next stage.

Baron will spawn behind the character and summon another boss to aid him in subsequent stages, up to four bosses. Only Generic Poros spawn, every foremost Poro is ridden by a Minion. If the player grabs the mount, they will knock it into Baron.

After the last boss Baron will come up to the player, eating them. In order to break free they must rapidly tap the screen/space bar, causing him to split in half and letting out hundreds of Poros, and winning the game.

As Long As It Takes

Champion of the Poros

Your Crank Will Come!

Where's Braum When You Need Him?

Staggering
Add a photo to this gallery 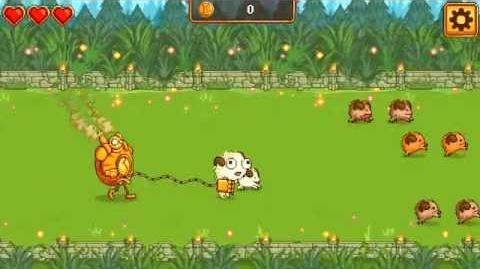 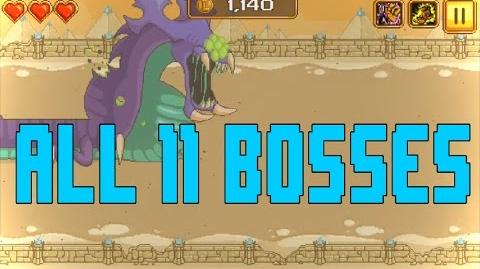 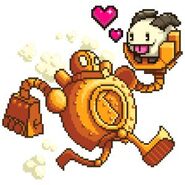 Poro Love
Add a photo to this gallery

Games from Riot Games
Retrieved from "https://leagueoflegends.fandom.com/wiki/Blitzcrank%27s_Poro_Roundup?oldid=3264455"
Community content is available under CC-BY-SA unless otherwise noted.