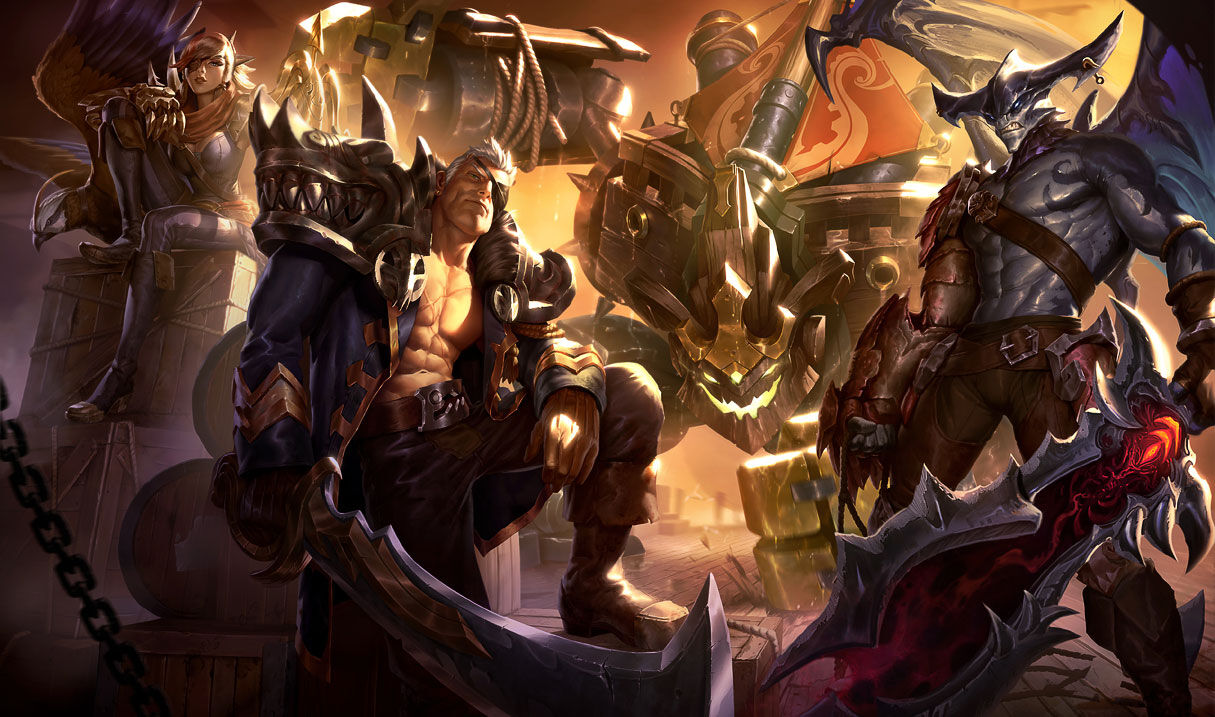 Bilgewater skins are a mix series of alternate future/universe and canonical skins in League of Legends. Set around the port city of

Bilgewater, all of the champion skins are directly related to that faction.

Retrieved from "https://leagueoflegends.fandom.com/wiki/Bilgewater_skins?oldid=3135109"
Community content is available under CC-BY-SA unless otherwise noted.