League of Legends Wiki
Register
Don't have an account?
Sign In
Advertisement
in: Lore of Ionia, Short Story, Kennen lore,
and 2 more
English 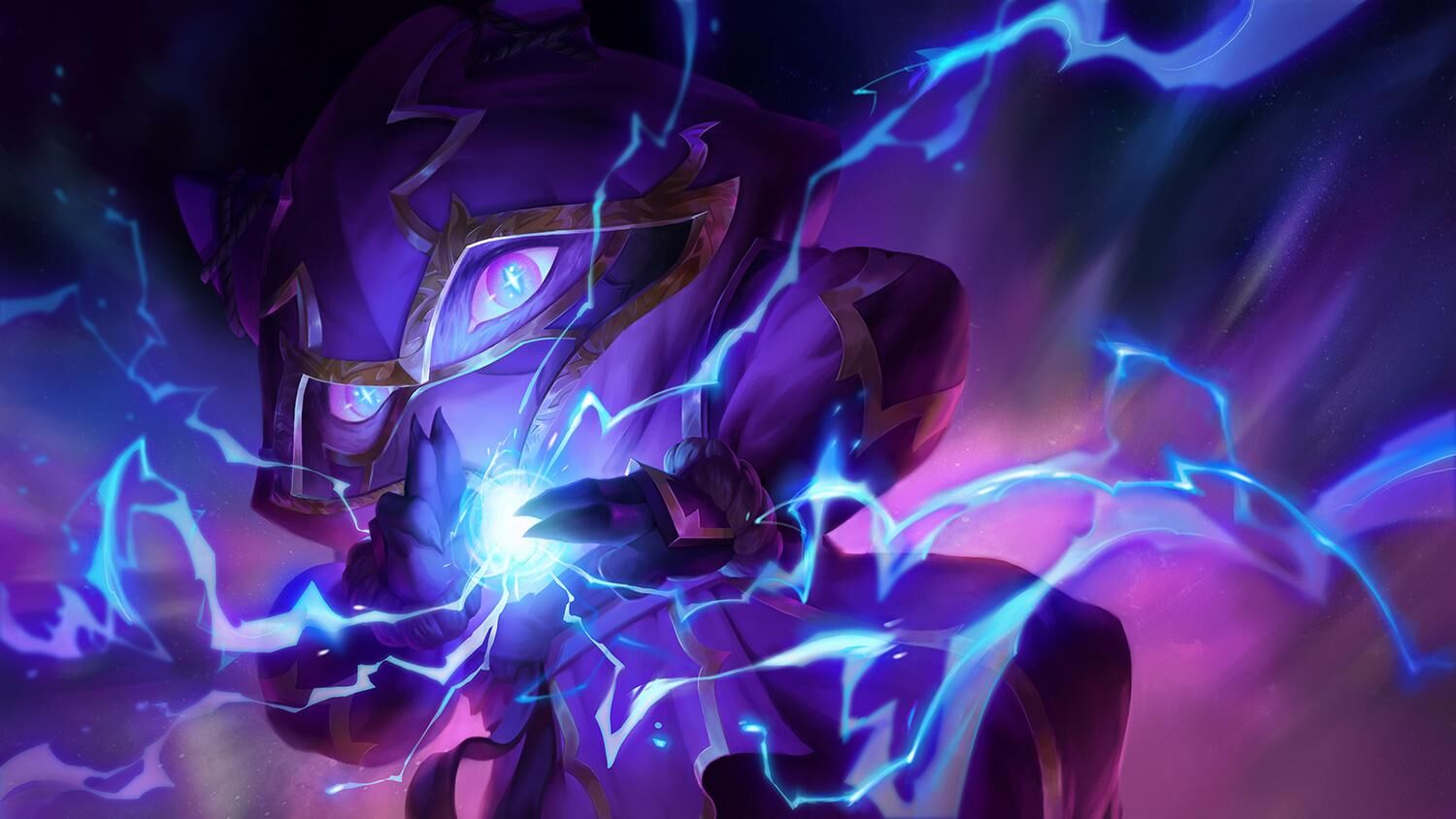 The colors of the land formed a swirling palette as he flitted over hills and cliffs, plains and plateaus. The yordle was like a speeding dot amid broad strokes painted on canvas.

As the Kinkou’s Heart of the Tempest, he had delivered the judgment of the order’s leadership thousands of times before. But this time it’s different, Kennen thought. This time it’s about the lives of my Kinkou brothers and sisters.

An urgent request had come from a branch of acolytes to the south. Their temple had been corrupted by an unknown evil spirit. They could find no way to repel it, and so they sought aid from the Kinkou triumvirate.

Shen—the Eye of Twilight—and Kennen. They had made a decision, and now, Kennen raced to distant Raishai, on the southern coast of Zhyun.

Ionia many seasons ago, the triumvirate ruled that the Kinkou would not be involved in the war. The Raishai acolytes had been among the order’s most faithful, supporting the edict without question.

And for that, I must save them.

Kennen followed a churning river and dashed across ample golden grassland. Bolting through the misty forests of the southern Shon-Xan mountains, he was like lightning zipping through clouds. He passed a series of ruins, including the village of Xuanain.

It wasn’t until he reached the harbor town of Evirny that Kennen came to a halt under the morning sun. Zhyun’s shore was across the strait, beyond shimmering blue waters.

Kennen boarded the first ferry just before it set sail. Its mast was a living tree grown out of the hull, branches arcing backward, massive leaves catching the sea breeze like membranes on the wings of a southern-isles wyvern.

There was a loose crowd on the ferry, with Kennen the only yordle. The humans tipped their heads to him.

Yordles were treated with respect among Ionians, even when the spirit creatures appeared in their true form, as Kennen did now—as he always did, for he had achieved a state of balance through his Kinkou training. Especially through the teachings of the first Great Master, Tagaciiry, the first Fist of Shadow.

When Kennen joined the Kinkou centuries ago, Tagaciiry had inquired what the yordle admired most about humans.

“Your stories. You have so many.” Kennen’s eyes were wide. “Your lives are short, but your stories preserve what you hold most dear. That’s why you’re better suited for safeguarding the realms than any of the undying.”

Under that clear sky and the blazing sun, Kennen had shared his thoughts on what role he could play for the Kinkou. The Great Master listened, and considered his words.

“Someday, all of you will die,” Kennen added cheerfully. “I’d like to bear your stories. The story of the Kinkou.”

Great Master Tagaciiry had smiled then. “That is a noble idea, and not a small responsibility.”

“I can begin now, by delivering our verdicts to the people.”

“Very well,” said the Great Master. “Your role shall be Coursing the Sun—to shine the light of our judgment, and be the force that mediates between that light and its shadows.”

Kennen stirred from his reverie as the dock came into view, under chalky white cliffs crowned by an emerald expanse of trees.

He waved a clawed hand at the passengers behind him, and they wished him fair winds and swift travel. He jumped off the ferry even before it slowed to dock, skipping over water and onto land.

A storm was beginning to brew. Kennen’s Kinkou robes and mask were soaking wet as he charged through pouring rain, and he went on without food or rest.

I hope I’m not too late.

“Master Kennen, you’re here.” The head of the acolytes, Hayda, stood in deference, but his limbs quaked, his knees buckling under him. “You need to help us fight the baleful spirit that plagues our temple…”

The rest of the acolytes slowly rose, their eyes glassy.

Kennen was hoping that he and Shen had been wrong, but now their worst fear was confirmed. He felt a pang of sadness. They’ve been so loyal.

“There is nothing to be fought,” Kennen told Hayda, his voice soft with grief. “The temple isn’t corrupted. It’s you. All of you.”

A riot of noise broke out. Several acolytes tilted their heads, glaring.

“Corrupted?” Hayda’s eyes bored into Kennen. “We have always obeyed… Long ago, when you told us not to fight the Noxian invaders, we stood by while our people were slaughtered!” His face contorted unnaturally, as if it had melted. “And then, when our fellow Ionians in Tuula, Kashuri, and Huroi called for aid, you bade us not to heed them, and again, we obeyed! We’ve forsaken the opportunity to bring justice to Noxus!”

“You’re filled with anguish,” Kennen said, “and malevolent entities of the spirit realm are feeding on it. They’re feeding on you.”

Kennen could see what the humans could not: dark smoke emanated from them, like tentacles bursting from their bodies. They were surrounded by inky tendrils that sought to devour, creatures clawing out of the spirit realm with greater force as their prey grew more agitated—eventually, they would consume these Kinkou and wreak havoc in Raishai.

“The world is changing,” he said. “Zhyun has descended into turmoil, and you’re torn between what the Kinkou demands of you and what your hearts desire.” He paused, then said what he came to say. “I’m releasing you from the order.”

“You’re banishing us?” said an acolyte in the back row.

“You can’t preserve the balance between realms in this state.” Kennen looked at each acolyte in turn. I need to get through to them. “Leave the Kinkou now. This is the only way you can heal. Do what you will, so your dark emotions won’t destroy you.”

“You want to get rid of us now that we’re no longer useful to you. This is dishonor!” Hayda flashed his blade. The acolytes howled in unison, unaware that shadowy talons were grasping at them with voracious intent.

Kennen could feel their pain, the kind born out of the rift between two worlds of belief. The kind Akali had felt before she left. Yet, he let lightning crackle between his hands. “Don’t think to test me.”

The small yordle waltzed between the clumsy humans, easily evading all attacks. He clicked his clawed fingers, and arcs of electricity rippled out, dropping his attackers in one ferocious burst.

They moaned as they twitched on the muddy ground. The rest stopped, uncertain about what to do. Grief, guilt, shame—the acolytes’ faces were masks of agony, the rain washing over the ichor oozing from their eyes.

Kennen flipped away, out of range, and sighed. Then he remembered something he had learned from humans.

Sometimes, to tell a story is to lie.

“Let your story be mine to tell.” He pulled down his mask. “Go now, in peace. The sinister influence will remain in Zhyun, but the Kinkou will hear you fought hard against it before you left the order, with honor.”

To fabricate truth. To preserve what you hold most dear.

The acolytes’ eyes cleared for a moment, and the dark vapor began to dissipate. No one spoke, but some nodded their understanding to the yordle. Eventually, those who could gathered their wounded.

It was always tough to watch old comrades go, but Kennen knew it was for the best. They had devoted themselves to the Kinkou, and now they were free to find a new purpose. Their mental state could regain balance, and the malevolent entities would have nothing to feed on.

The yordle watched as the former acolytes stumbled away into the gloom. The rain did not abate. The drenched humans looked small and vulnerable.

Someday, all of you will die, Kennen thought, sorrow gripping his heart.