League of Legends Wiki
Register
Don't have an account?
Sign In
Advertisement
in: Character stubs, Bel'Veth, Characters,
and 2 more 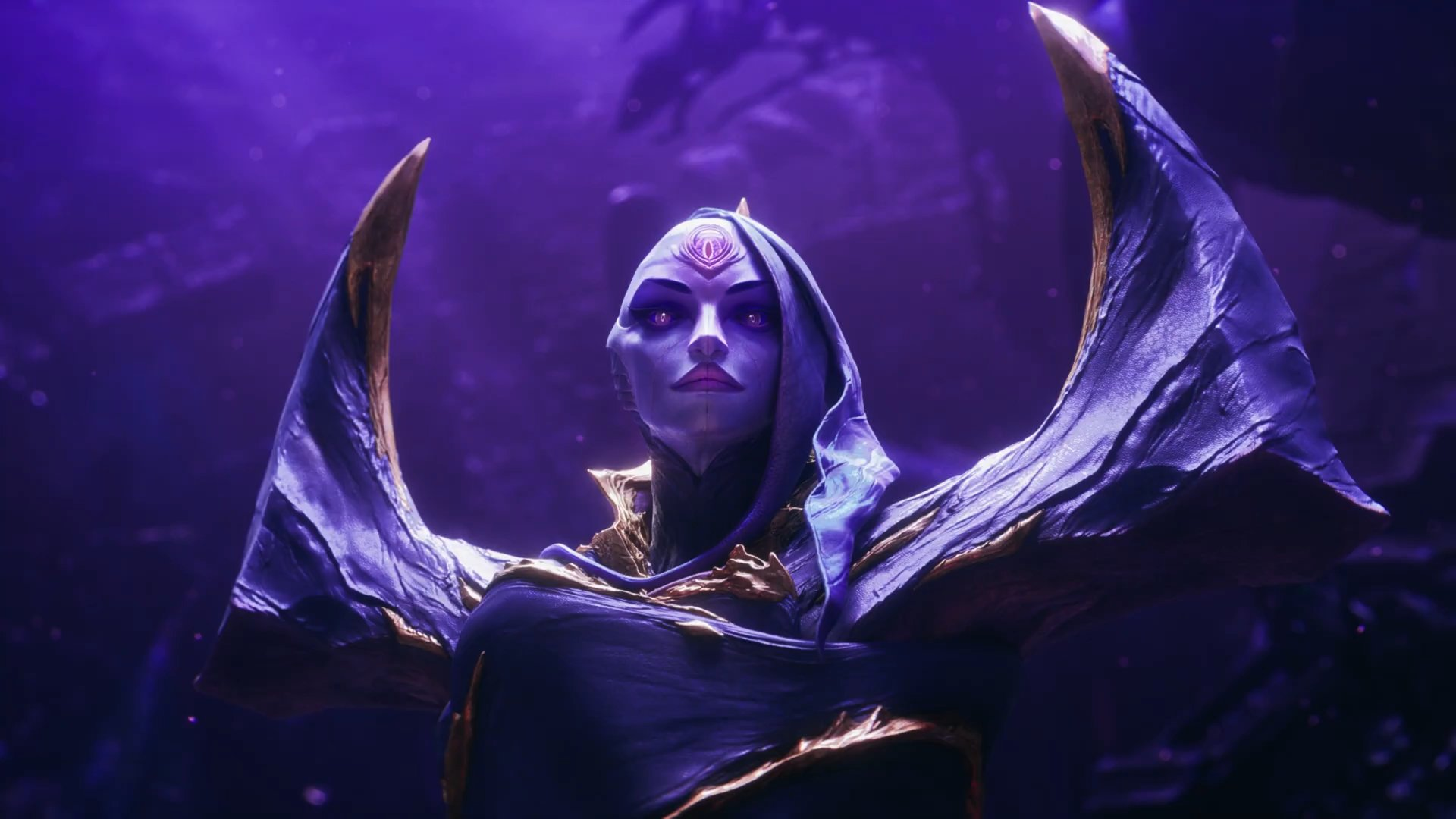 There is no age for Bel'Veth.

A nightmarish empress created from the raw material of an entire devoured city,

Bel'Veth is the end of

Runeterra itself... and the beginning of a monstrous reality of her own design. Driven by epochs of repurposed history, knowledge, and memories from the world above, she voraciously feeds an ever-expanding need for new experiences and emotions, consuming all that crosses her path. Yet her wants could never be sated by only one world as she turns her hungry eyes toward the Void's old masters...

Main article: Feast of the Prophet

Bel'Veth's form materialized within the

Void after it consumed a port city named Belveth, caused by a ritual conducted by the Void's prophet

Malzahar. Gathering a large group of cultists for a ritual, Malzahar showed them visions of the Void and told them "she" wanted their memories and existence. Opening a hole to the Void, the sacrifices were completely disintegrated as the city was assimilated.

Gaining a mind from the combined emotions and memories of the victims of the disaster, Bel'Veth adapted as a leader of the Void to interact with humanity as a harbinger of the Void's takeover. However, the desires and wants absorbed during her creation gave Bel'Veth a will of her own, being able to defy the Watchers that created her and wishing to recreate both Runeterra and the Void in her own image, into her own world named the Lavender Sea.

In her human guise, Bel'Veth appears as a middle-aged woman with her true body mimicking the appearance of a black cloak with large protrusions on her shoulders. Her face has grey skin, a strand of flesh mimicking hair draped on the side of her head, a vertical slit dividing her face, purple eyes with slitted pupils and a third eye on her forehead. Her chest shows her true face which has four eyes and a sharp-toothed mouth with two mandibles on each side, with several teeth in the interior of her mouth. When speaking, her mouth does not fully align with her speech since her head is only a disguise. She is 10 feet tall and has a 22-foot wingspan.

Bel'Veth's true form is a golden stingray-like Voidborn. She has a cavity on the top of her forehead which contains her false head. The protrusions on her shoulders are actually horns on her true head and her cloak is actually a pair of pectoral fins with a pointed stinger at the end of each fin. In this form, she is the same size as

Unlike most creatures that originate from the Void, Bel'Veth is sapient and individualistic due to the human qualities brought into her creation. Seeing herself as the embodiment of the Void, her main goal is to assimilate Runeterra into the Lavender Sea, a new Void made in her image. She is cold and intelligent, desiring to gather knowledge about everything she encounters. She is also arrogant, having no concern towards others' threats if they aren't powerful enough to harm her. Bel'Veth is aware of the Watchers' origins and their hatred of creation, but looks down on her creators for their inability to understand what she sees due to their blind desire to destroy all of existence, and is willing to make bargains of self-interest to stop the Watchers since they want to destroy the world which she wants to rule.

Being a leader of the

Void, Bel'Veth is an enemy of Kai'Sa, whom the former looks down upon due to being less powerful than her. Naturally feeling animosity towards the empress,

Kai'Sa was shocked when Bel'Veth revealed she and her motives were more than a simple Voidborn's, talking about how she would be her salvation and even making a pragmatic deal to spare humanity so she would defeat the Watchers.

Kassadin and his familial ties with

Kai'Sa, telling her about how her father also entered the Void and retained his mind.

Malzahar's master, helping him in his goal to bring the Void to

Runeterra in exchange for him providing her with sacrifices to assimilate.

Seeing Vel'Koz as a servant of the Watchers, Bel'Veth taunts him for the Watchers' incapability of understanding creation.

Vel'Koz is shown to be terrified of her.

Bel'Veth understands the Watchers' motives, but has a low opinion of her creators for being unable to understand the potential she's seen. The Watchers' goals to destroy creation clash with Bel'Veth's desire to remake it, so she defies them and is even willing to make deals with humanity to stop them. 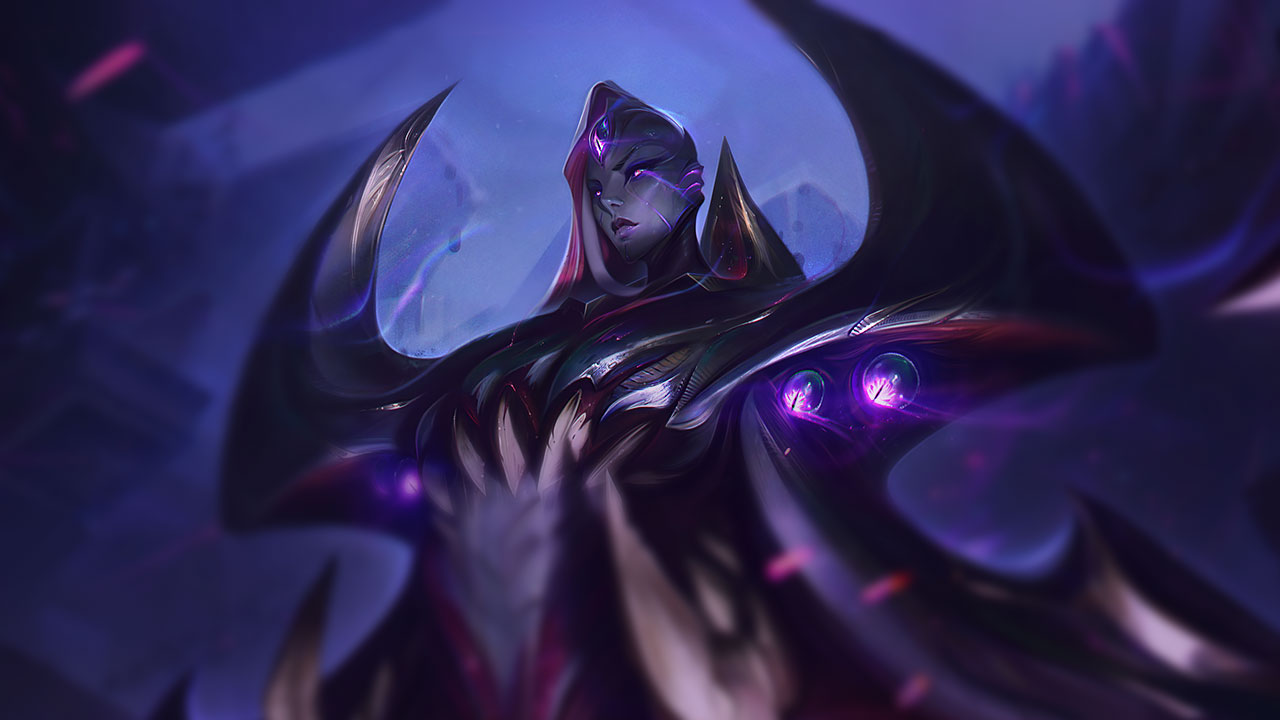 All That Will Ever Be

Let the Lavender Sea take you. 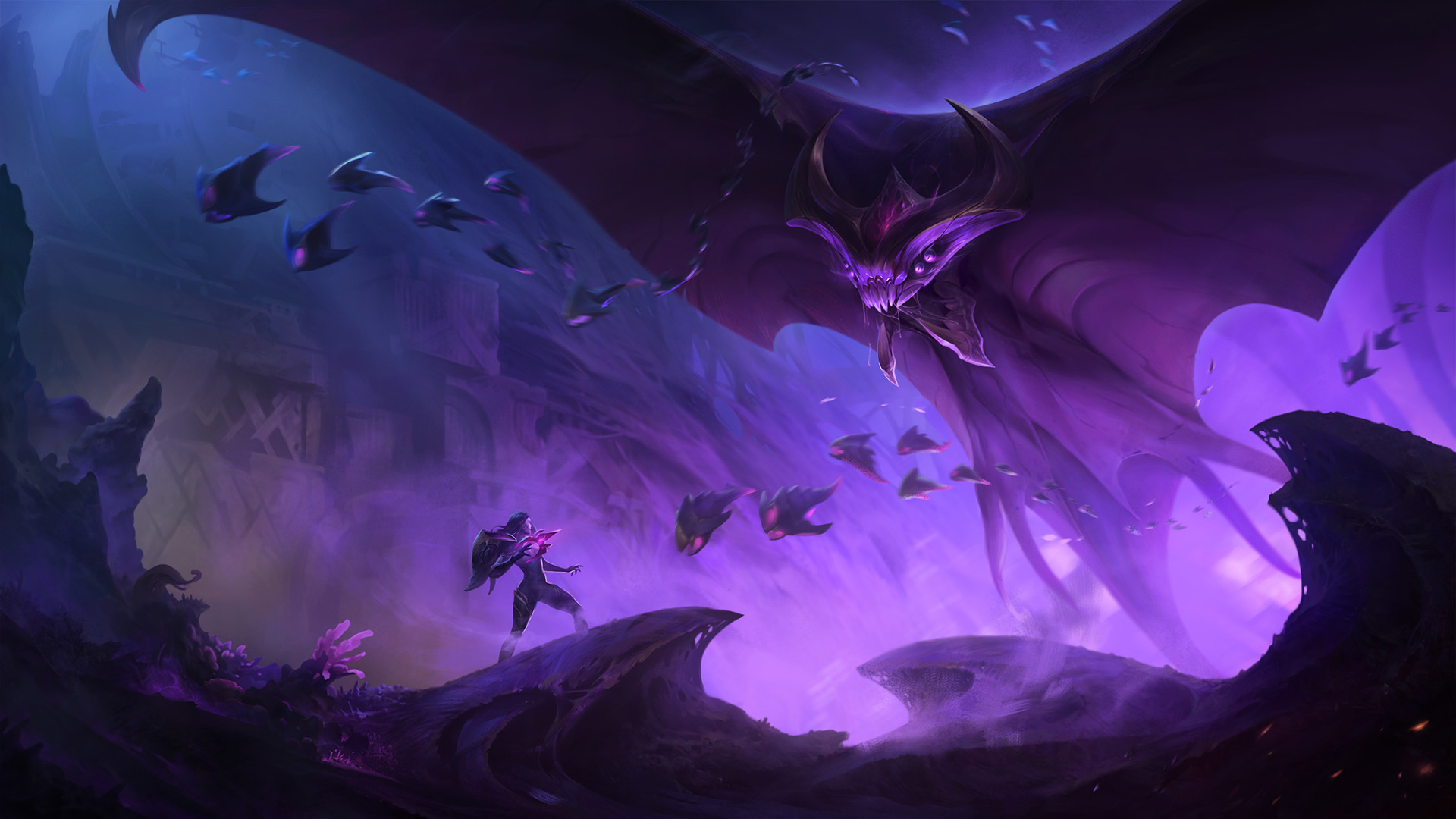 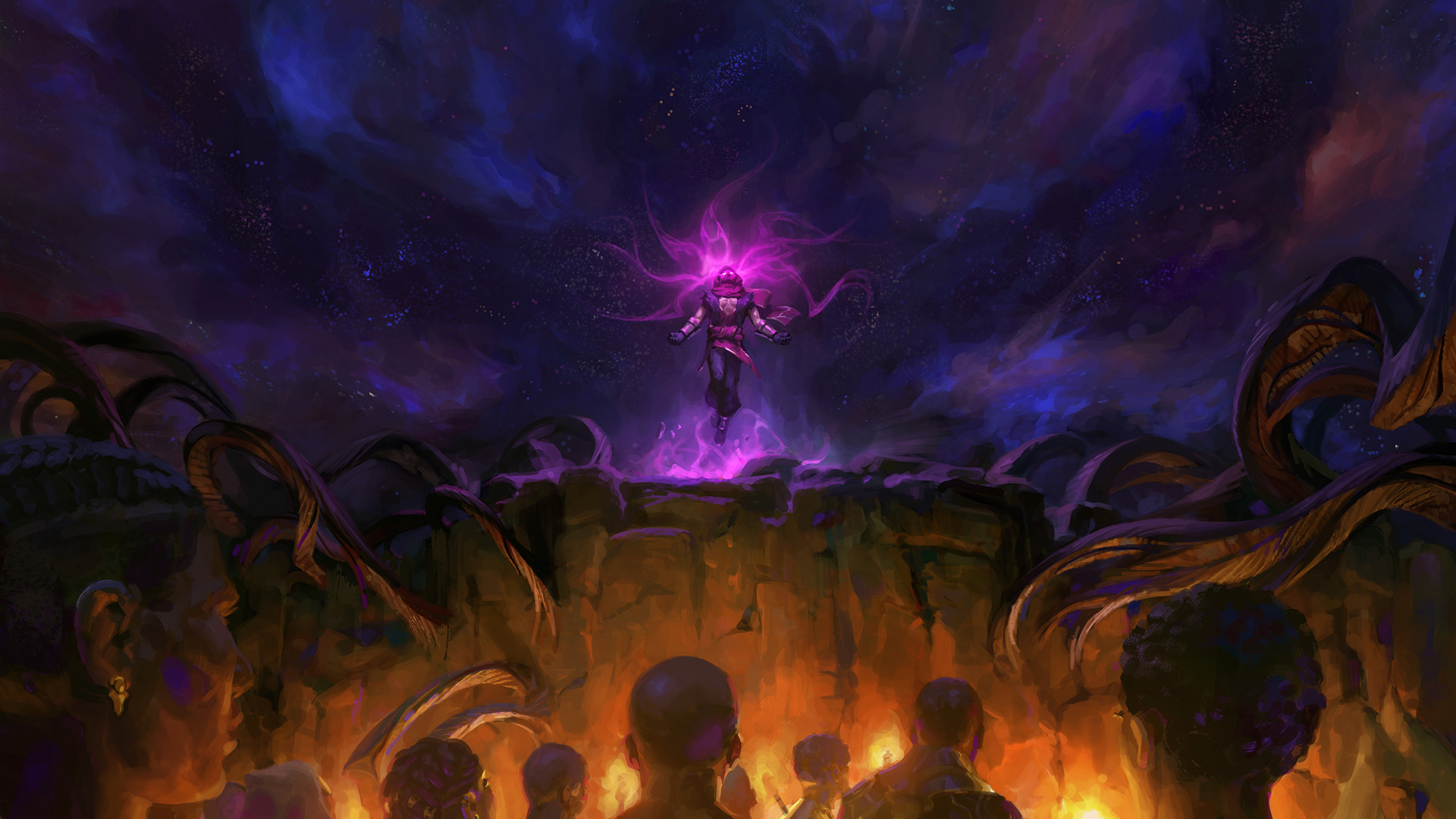 Feast of the Prophet

Meir follows a crowd of cultists out of the prophet’s tent city, and down into a low valley at the edge of the desert.