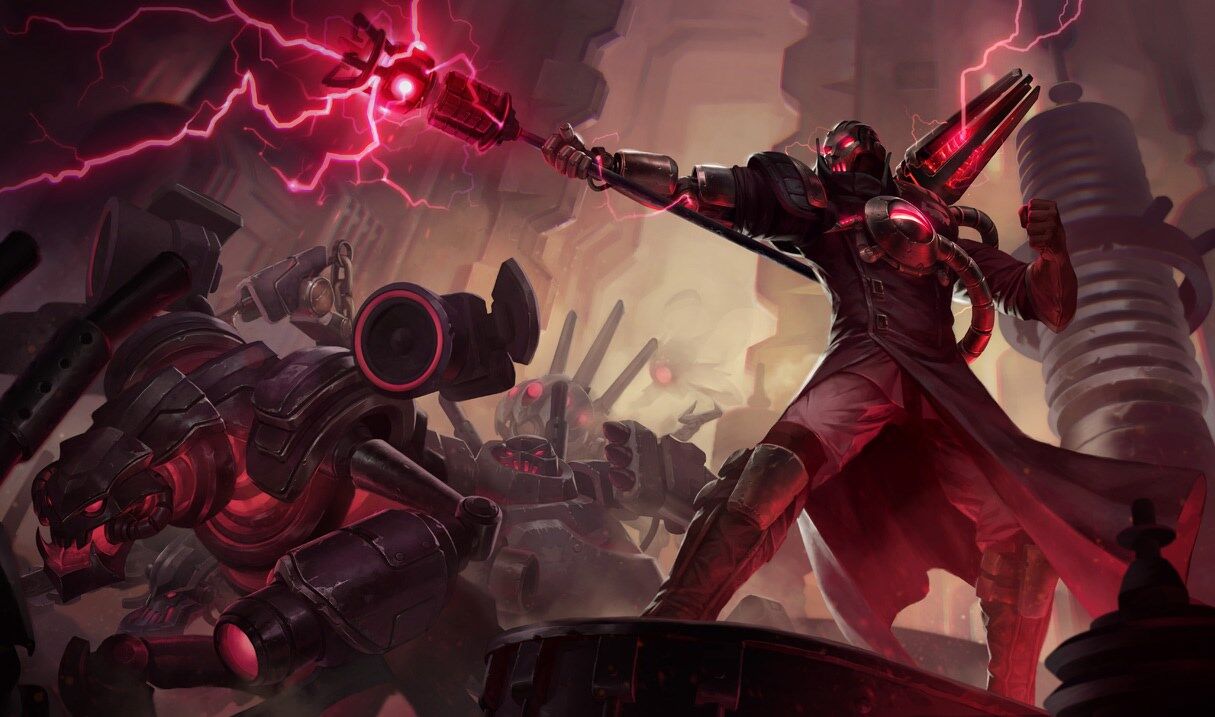 Viktor's lore. Dystopian future where an army of robots with living brains seek to extinguish or convert all life, champions are transformed into cyborg terrors as part of Viktor's

"glorious evolution", while some rebel against it.

Retrieved from "https://leagueoflegends.fandom.com/wiki/Battlecast?oldid=3135108"
Community content is available under CC-BY-SA unless otherwise noted.