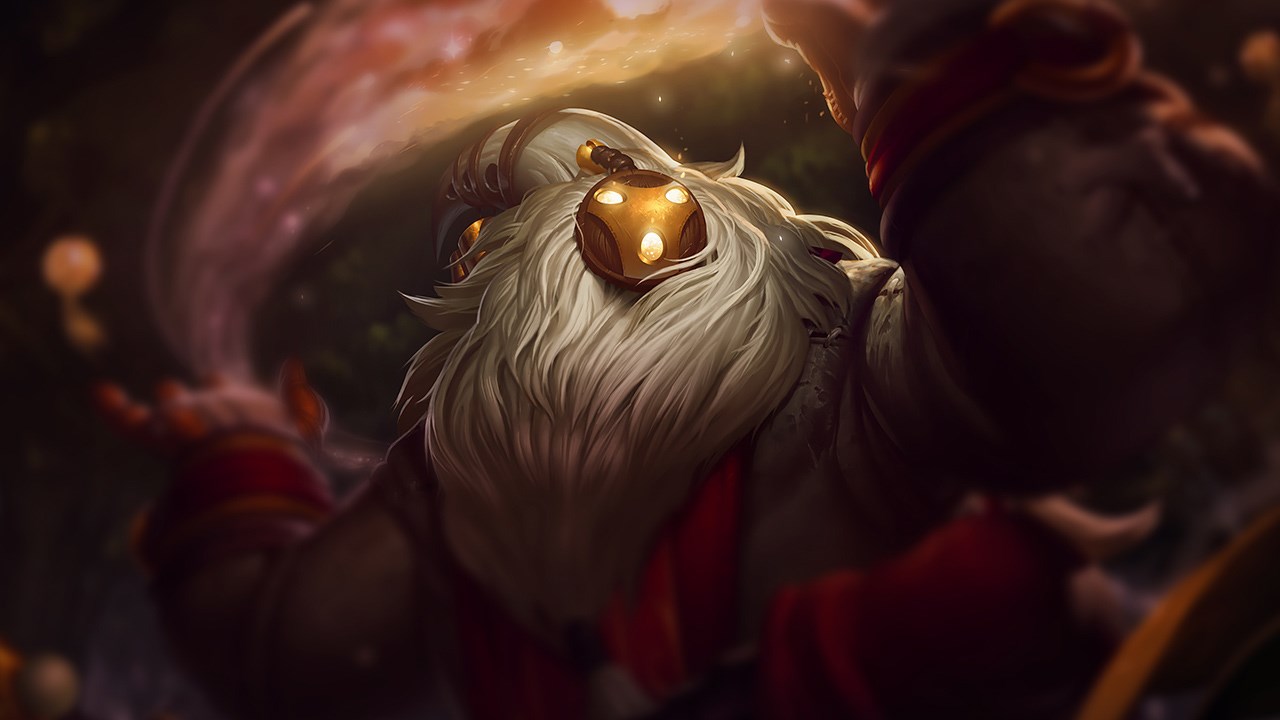 Bard is a champion in League of Legends.[1]

chimes to appear at random locations and linger for up to 10 minutes. Collecting a chime grants Bard

Innate - Meeps: Bard's presence attracts small spirits known as Meeps to his side.

Active: Bard fires an energy bolt in the target direction that deals magic damage to the first enemy hit and

After Cosmic Binding hits an enemy, the bolt continues behind them for 300 units. If the bolt hits terrain or a second enemy, it

stuns both targets for the same duration, dealing the same magic damage to the second target.

Active: Bard conjures a shrine at the target location that builds up in power over 10 seconds, granting

sight of a small area around it for 1.8 seconds. Up to 3 shrines can be active at once, which last until they are destroyed by champions stepping on them.

If the champion was an ally or Bard himself, they are

healed for an amount based on the shrine's power and gain

Active: Bard opens a one-way magical corridor through a piece of terrain in the target direction for 10 seconds. Magical Journey will not cast unless it can open a corridor.

pass through the corridor by selecting it, becoming

revealed during the travel. Bard and allies travel through the portal at 33% increased speed.

Magical Journey cannot be taken while

The ability will not cast

sight of the area during travel. Upon impact, it puts all units within into

stasis for 2.5 seconds, as well as

turrets struck for the same duration. Enemies hit are

revealed for the duration.

turrets are affected by Tempered Fate despite being 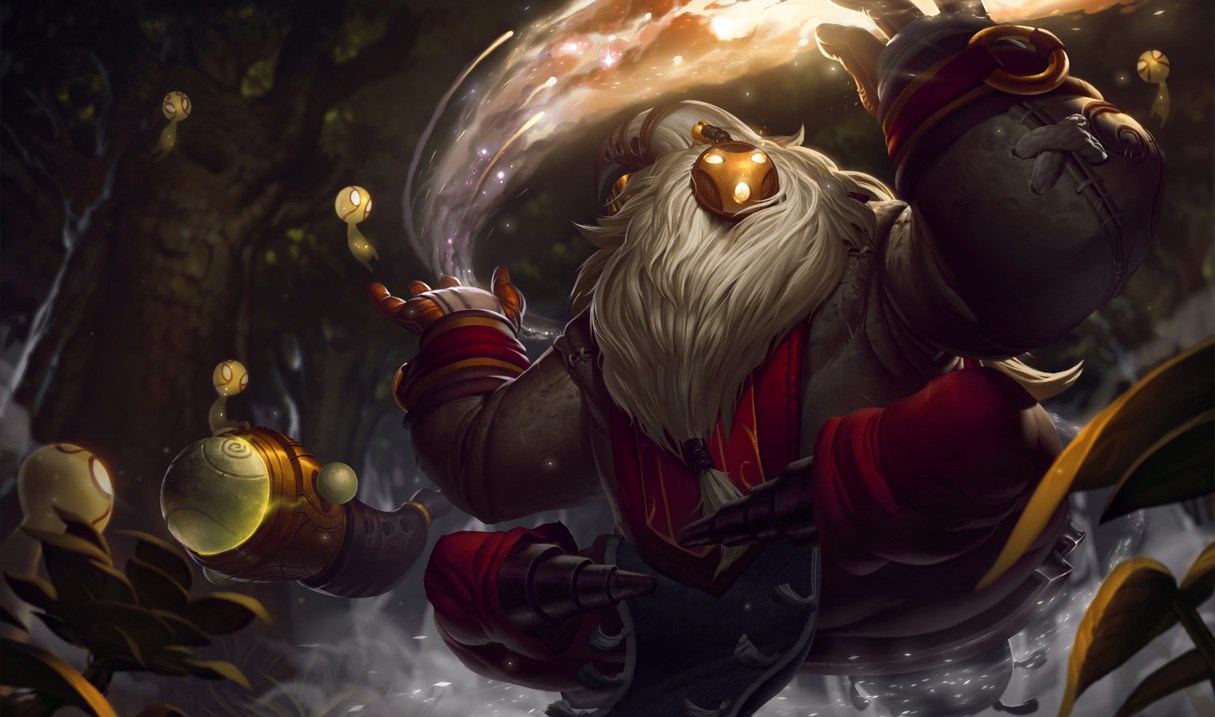 975
12.03.2015
A traveler from beyond the stars, Bard is an agent of serendipity who fights to maintain a balance where life can endure the indifference of chaos. Many Runeterrans sing songs that ponder his extraordinary nature, yet they all agree that the cosmic vagabond is drawn to artifacts of great magical power. Surrounded by a jubilant choir of helpful spirit meeps, it is impossible to mistake his actions as malevolent, as Bard always serves the greater good… in his own odd way. 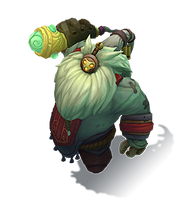 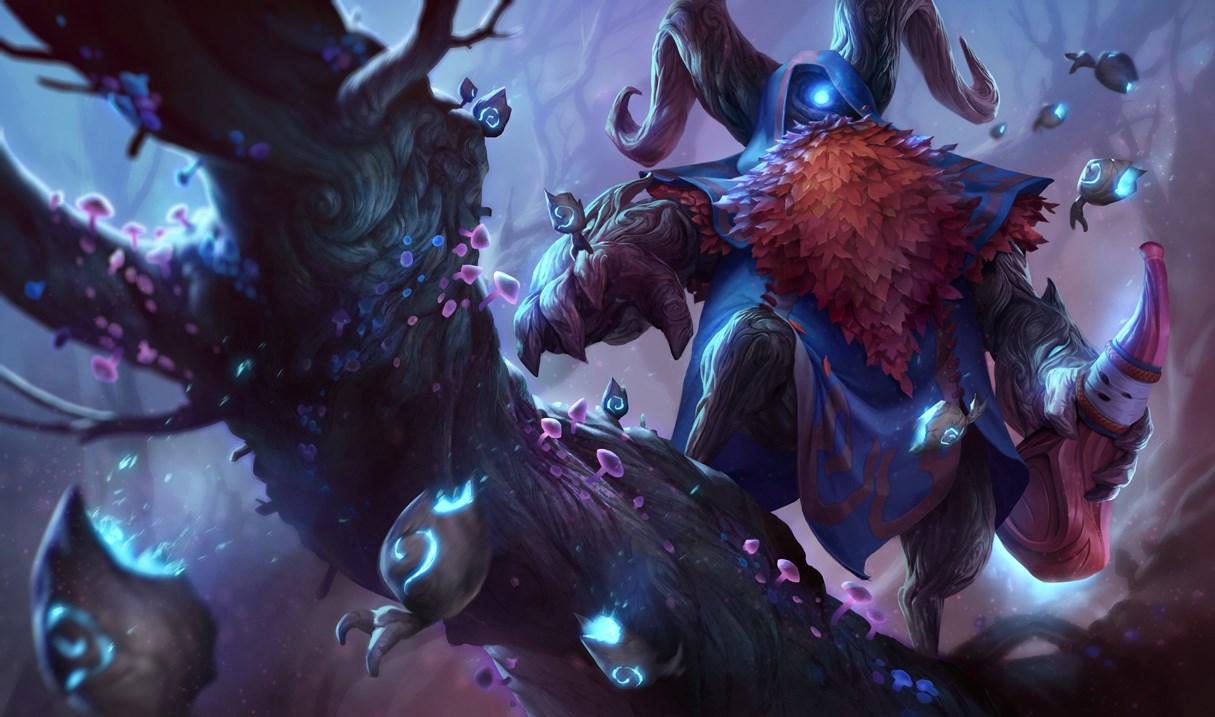 975
12.03.2015
Bard is a creature of the old world, they say, older than the great forest, and older even than the seeds it sprouted from. Few records remain of the age before the gods, but it is likely Bard predates them—a truly primordial being, tending the land since time's first dawn. 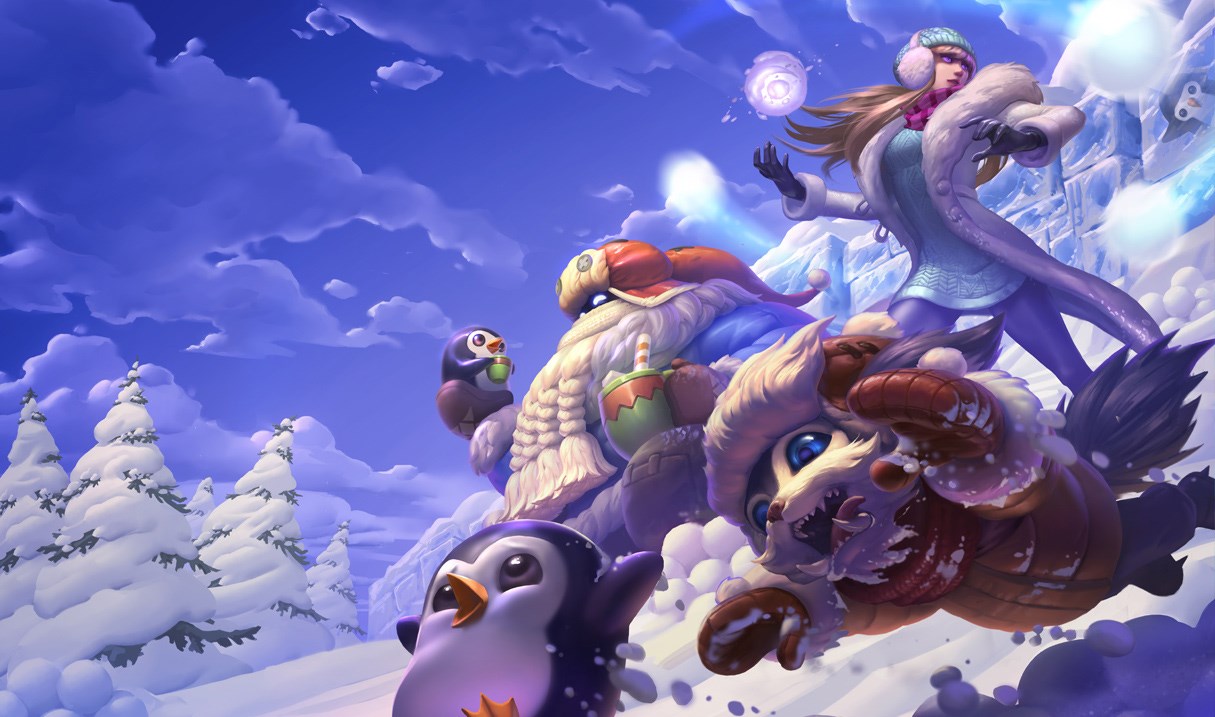 1350
10.12.2015
Bard's vast cosmic powers and inscrutable nature are great assets in a snowball fight. Summoning an array of enchanted Winterland penguins, self-warming cups of cocoa, and portals to nowhere give this Wandering Caretaker an unbeatable edge. 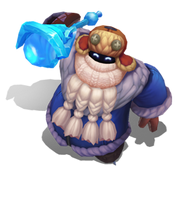 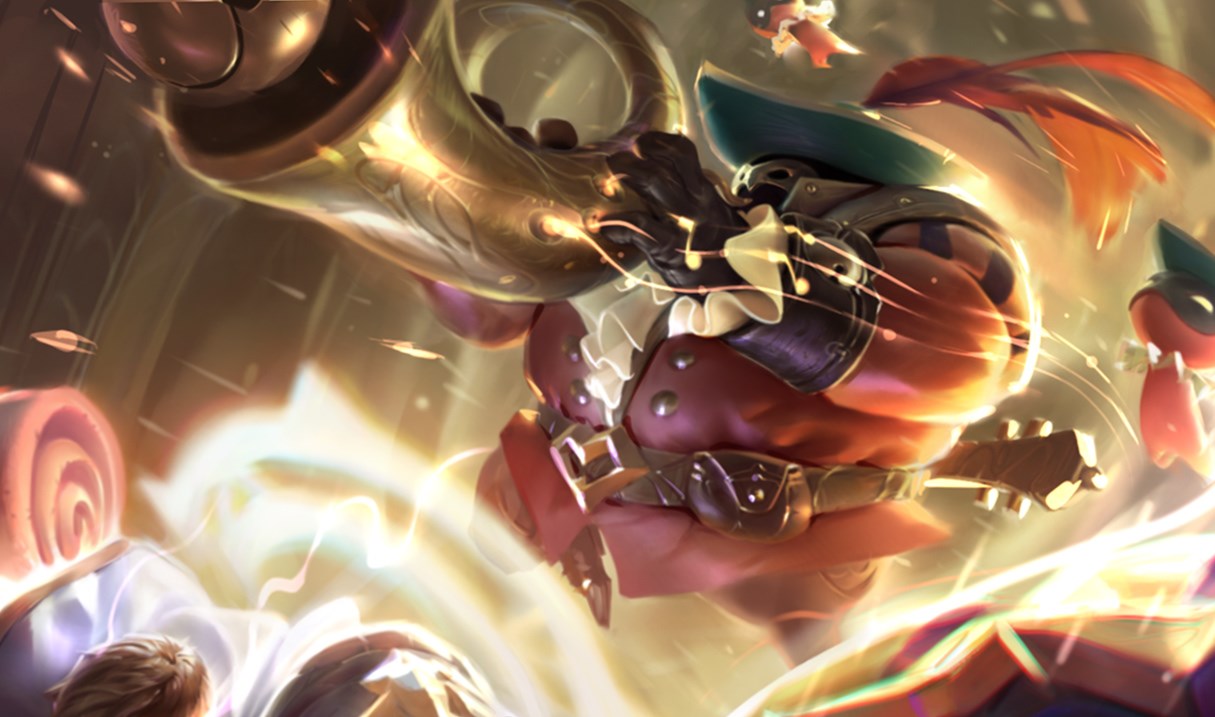 750
17.11.2016
Though playing a famously unpopular Riftquest character class, Bard Bard has turned the ancient art of song into a reality-altering weapon of death. Unfortunately his turns take forever, since he has no concept of linear time and speaks in those weird “bwong” sounds. 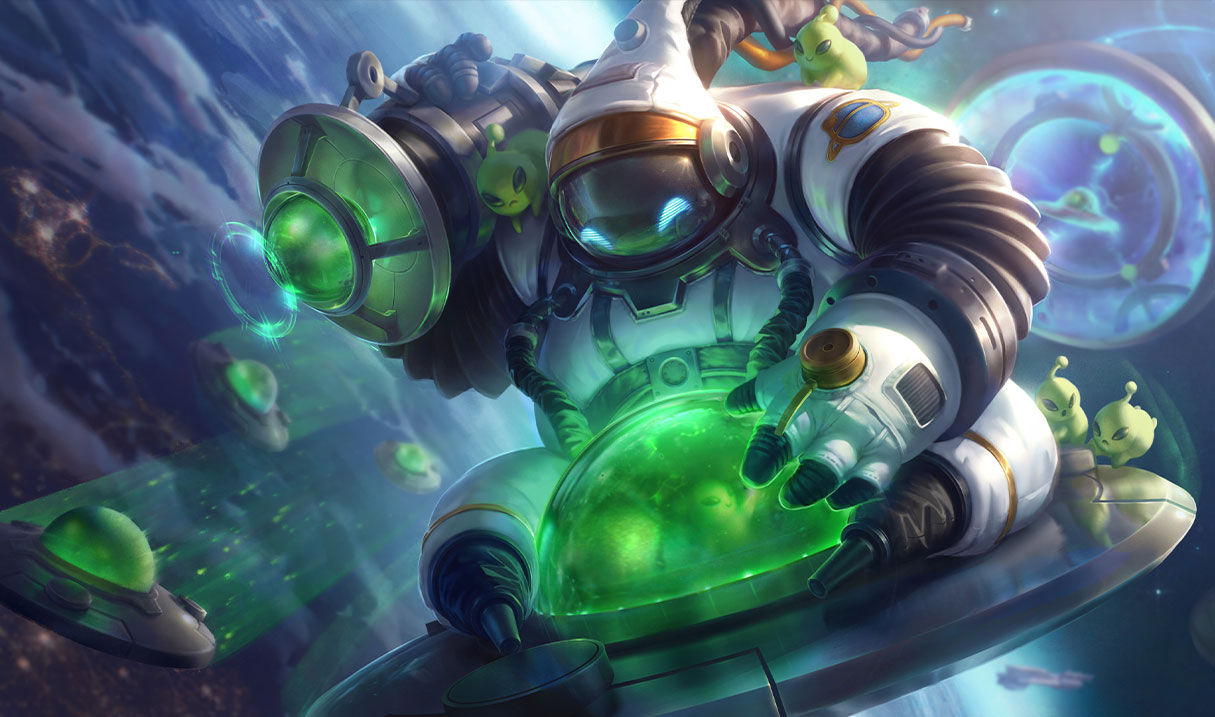 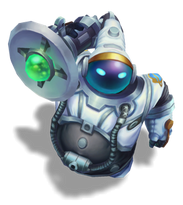 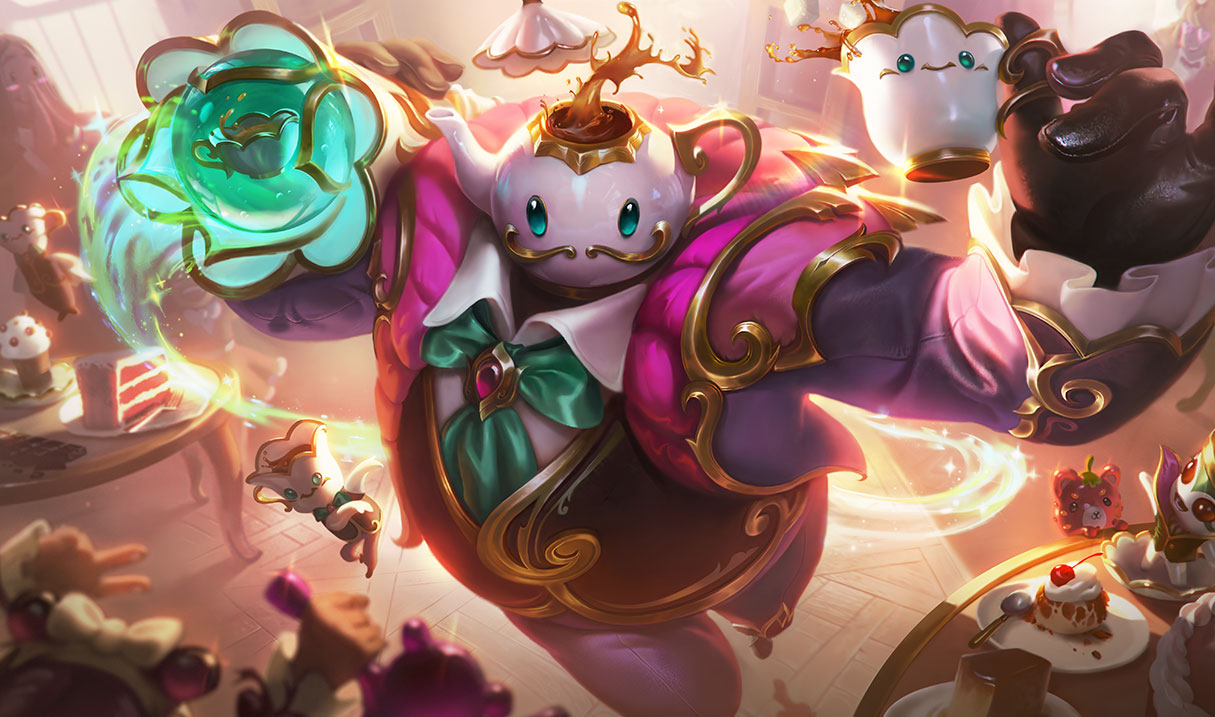 1350
02.12.2021
Bard is a wandering wordless connoisseur of the finest cafes. If he leaves behind a blessing in the form of a teacup? A hundred years of sweet success. No one knows where the Teapot Troubadour came from, or if he has a purpose beyond delighting in patisserie, but a visit from Bard instantly puts any cafe on the map! 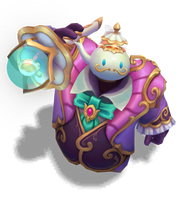