The Aspects are stellar beings that live beyond the physical and spiritual realms of Runeterra, in the Celestial Realm of the City of Gold and Silver.

Touched by The Eternal

These beings embody concepts and celestial magics. They are able to meld with mortals, making them their hosts, or merely imbue them with stellar power. Through these mortals, they are able to traverse and/or interact with the mortal plane with relative efficiency.[1]

The sky around Mount Targon shimmers with celestial bodies: the sun and moon, but also constellations, planets, fiery comets that streak through the darkness, and auspicious arrangements of stars. The people living at Targon's base believe these to be aspects of long-vanished stellar beings, creatures powerful and ancient on a scale beyond human comprehension. Some believe the power of these Aspects sometimes comes down the mountain within the lambent bodies of those climbers found worthy. Such an occurrence is unimaginably rare, and amazing tales of their exploits form around such individuals, who only ever appear once every few generations.

With the exception of the

Aspect of Twilight and its hosts, the Aspects rarely interfere with the mortal realm outside of time with great needs.[2] It is incredibly unusual for more than a single Aspect to walk the earth of Runeterra at any given time, so with the signs of several Aspects being present on Runeterra is a cause for concern for the morals of the planet.

As originators of all the Aspect Hosts and the God-Warriors, the Aspects have shaped the destiny of the world in ages past.

Aspects, as entities of the celestial realm, do not have physical forms. Therefore, with the only exception being the

Aspect of Twilight, they require mortal hosts if they wish to influence the events on Runeterra. Though the influence of an Aspect is limited without a host, they are each undeniably powerful in their own way.

Aurelion Sol's lore refers to them as "dispassionate and incurious things, contributing little to existence."

Their pure form are unknown to anyone from Runeterra. Over the centuries, there have been countless legends about the Aspects among the people of Targon, but they can never seem to agree on the details. Some might believe they are literally the stars and constellations in the sky. Some might envisage them as god-like avatars striding across the heavens. And some might dare to whisper that they are beings from another world altogether.

What is known for certain is that the Aspects are unusually focused on Runeterra, and have been for millennia. But they and their motivations aren’t "human," so they're unlikely to share the knowledge of their state of being.[1]

When an aspect leaves their host, the mortal host usually dies. Normally if an Aspect's host is slain, the Aspect returns to the celestial realm and will need to find a new host. It’s also unheard of for an Aspect to truly die until

5 The Warrior while the host 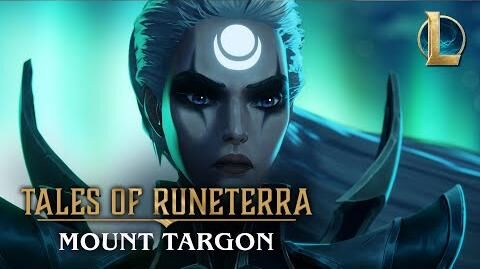 The Aspect of the Sun

The Aspect of War