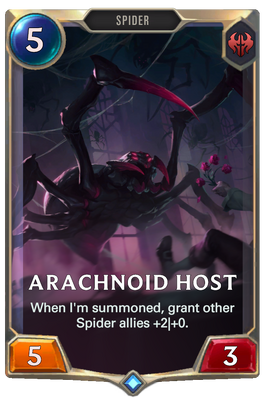 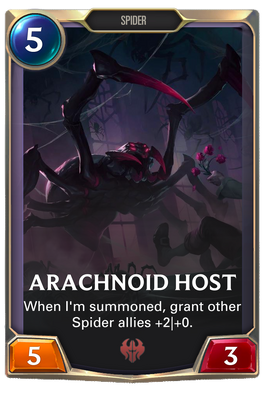 "To ascend the stairs of your home always seems to take an eternity, and though your pets unsettle me, I climb each time with fond eagerness and admiration in my heart. At the top lies my lady love, my slender goddess, my queen!"[1]

Legends of Runeterra
Retrieved from "https://leagueoflegends.fandom.com/wiki/Arachnoid_Host_(Legends_of_Runeterra)?oldid=3091606"
Community content is available under CC-BY-SA unless otherwise noted.