Runeterra
"Ashes, ashes, they all fall down. -

Dangerous, yet disarmingly precocious, Annie is a child mage with immense pyrokinetic power. Even in the shadows of the mountains north of Noxus, she is a magical outlier. Her natural affinity for fire manifested early in life through unpredictable, emotional outbursts, though she eventually learned to control these tricks. Her favorite includes the summoning of her beloved teddy bear,

Tibbers, as a fiery beast hellbent on destruction. Lost in the perpetual innocence of childhood, Annie wanders the dark forests, always looking for someone to play with.

Boram Darkwill’s last years on the throne were a time of great uncertainty for Noxus, and many with an aptitude for magic left the capital for the relative peace of more distant provinces. Gregori the Gray and his wife, a witch by the name of Amoline, preferred to demonstrate their Noxian strength by taming the borderlands, rather than partaking in the political intrigue of the noble houses.

The young couple claimed a piece of land beyond the Ironspike Mountains to the north, finishing their small home just before winter and the arrival of their first child. During their journey, other colonists’ tales of the great shadow bears that once roamed the territory had captivated Amoline—now heavily pregnant, she passed the time sitting near the fireplace, creating a toy version of the protective creatures. Just as she finished sewing the last button eye on the stuffed bear, the quickening of labor overcame her. Gregori remarked later that his daughter was eager to play with her new toy, for there, on an ember-warmed hearth, Amoline brought Annie into the world.

When Annie was still a toddler, she and her father took ill. As night fell, Annie began to burn with fever, and soon she was so hot, she could no longer be held in her mother’s arms. Amoline grew desperate, deciding at last to fetch icy water from the nearby river. The next morning Gregori awoke, weak and groggy from his sickness. In the crib, a now-healthy Annie played with her stuffed bear, Tibbers, but Amoline was gone.

Naïvely, Annie believed her mother would one day return. Gregori would often find the girl sitting in her mother’s rocking chair near the hearth, hugging Tibbers and staring into a crackling fire, where he was sure there had been nothing but cold ashes. He chalked up these slips of the mind to the burden of parenting a child alone.

Years passed, bringing more colonists to the region. And in time, Gregori met Leanna, a woman seeking a new life outside the capital with her own young daughter, Daisy.

Annie was eager for a playmate, but spoiled by the indulgences of being an only child, so acclimation to her new stepfamily was difficult. Whenever Annie’s fiery temper erupted, it left Leanna uneasy, and quick to take her own daughter’s side. It fell to Gregori to keep an uneasy peace between the three.

Unused to the dangers of the untamed borderlands, Daisy’s playing ended in catastrophe for the family. Leanna, of course, blamed Annie for the loss of her daughter, focusing her rage and grief on her stepdaughter’s most prized possession: Tibbers. Annie was horrified as the last physical memory of her mother was threatened. The girl’s terror grew to an unbridled rage, releasing her latent and powerful pyromancy, and the stuffed bear was brought to life in a maelstrom of protective fire.

When the flames died down and the swirl of ash settled, Annie was left orphaned and alone.

Believing most city adults to be like her stepmother, Annie has kept to the wilder parts of her frontier homeland. On occasion, she will use her disarmingly adorable exterior to be taken in by some pioneer family long enough to be offered new clothes and a hot meal. However, fire and death awaits anyone foolish enough to try parting Annie from the stuffed bear at her side.

Kept safe by Tibbers, she wanders the dark forests of Noxus, oblivious to danger—and the dangers posed to others by her own unchecked power—hoping, one day, to find someone like her to play with. 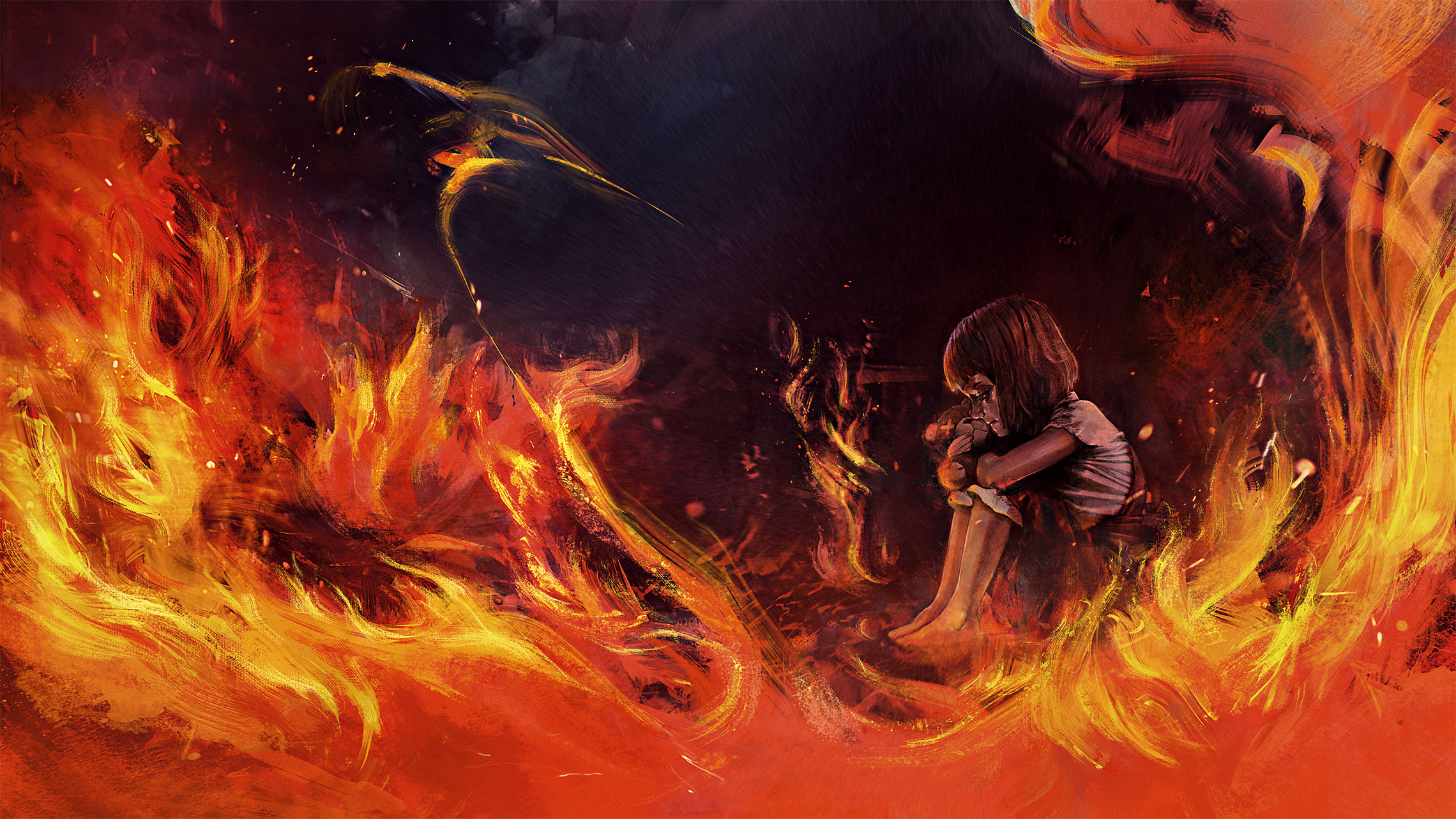 Discover the spark that set off the Dark Child's fire. 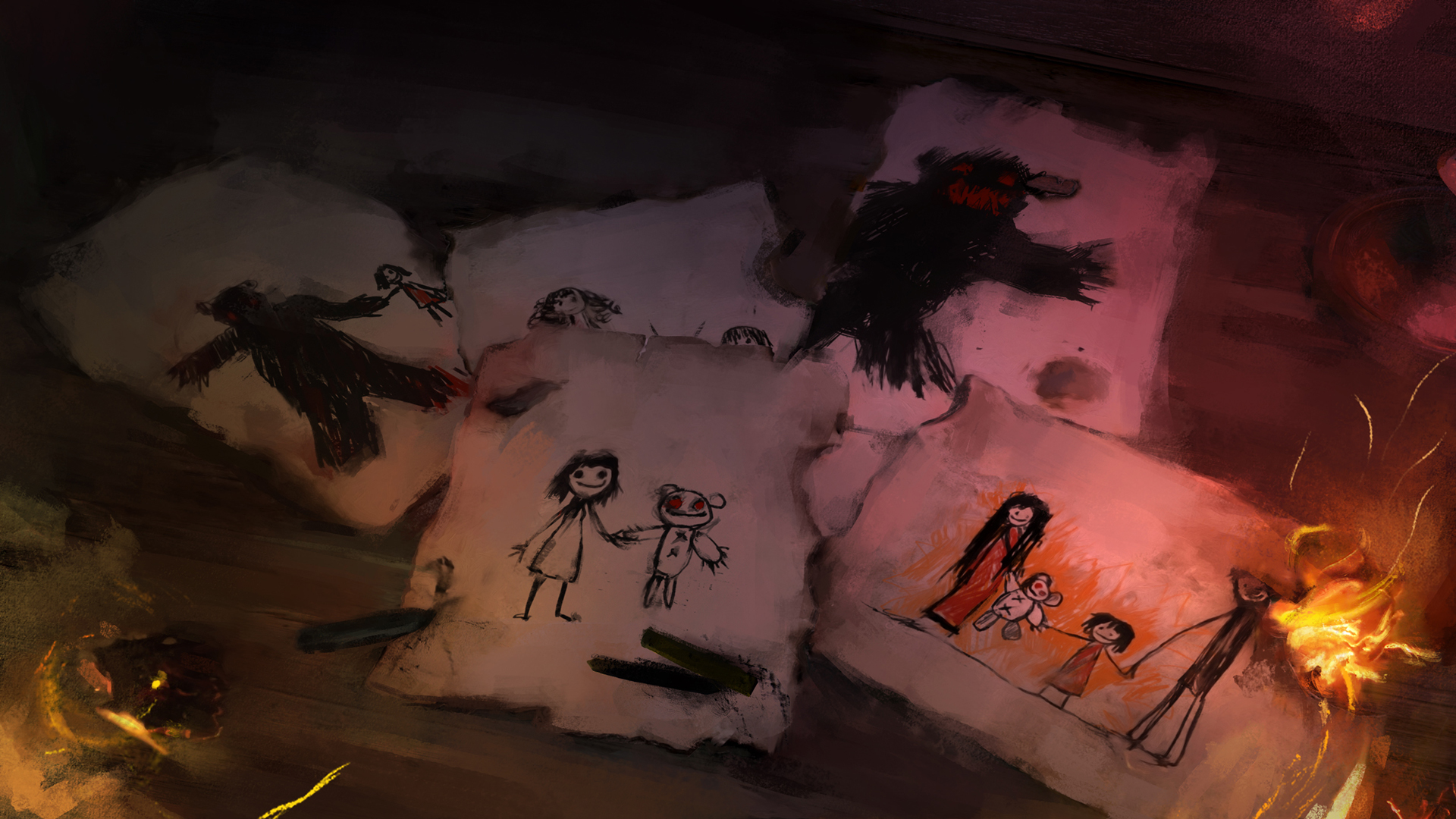 There’s one thing you should remember about little Annie: she’s never alone. Isn’t that right, Tibbers?

Retrieved from "https://leagueoflegends.fandom.com/wiki/Annie/Background?oldid=3055101"
Community content is available under CC-BY-SA unless otherwise noted.