"She swore to dedicate her life to his destruction. The gauntlets heard."

Unique – Vow: Designate the target enemy champion as your Nemesis and gain 1 stack of Vendetta every 2 seconds over 60 seconds, up to 30 stacks, resetting upon selecting a new Nemesis. Cannot be cast for 15 seconds while in combat with champions and having a Nemesis (90 second cooldown; Global range).

tenacity while they are within

Anathema's Chains is a legendary item in 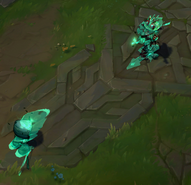 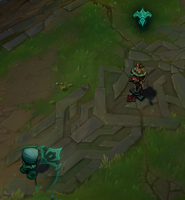