League of Legends Wiki
Register
Don't have an account?
Sign In
Advertisement
in: Lore of Zaun, Short Story, Ezreal lore 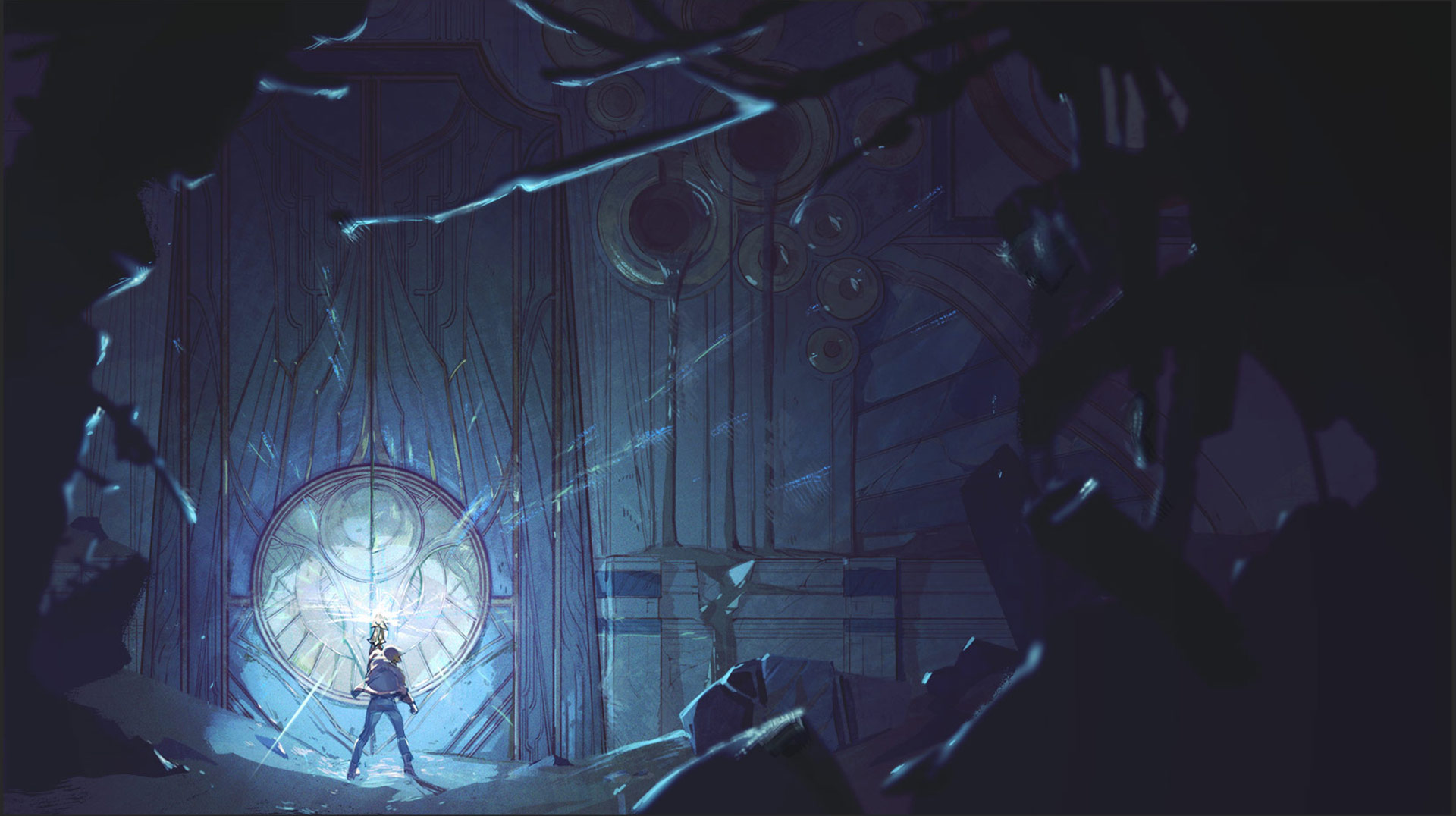 I told Zalie to charge it all to my uncle. He's good for it.

Oh yeah, I probably should write down what I'm exploring. For posterity.

My uncle theorizes that Zaun was once a Shuriman port city called "Oshra Va'Zaun", and that over the centuries the name got shortened. He doesn't have much proof and no one believes him. So, I'll be a good nephew, find proof, and then take all the credit.

My sources say industrial excavations opened up a crack somewhere deep in the Sump.

The plan is simple:

I'm keeping this journal to document the process. The record of these events will probably end up in a museum, next to a marble statue of me.

(Note to self: get sculptor recommendations)

Hmm. This is one massive crack. I forgot to bring a lantern, so it's a good thing my gauntlet glows pretty bright. When I peered down into the crack, I almost literally gasped. There's a whole maze of dusty staircases and old passageways down there. It's a veritable labyrinth. Going to descend. Will update from the other side.

Morale is low. Pomade supplies are low. I really should have packed a snack.

I'm only about a quarter of the way down, and I've run out of rope. This narrow ledge provides me a chance to rest, and reflect upon this most dire situation. I must decide: face starvation and continue downward, or abandon the whole thing and return empty-handed.

Excellent news! I found something!

A few ledges down from where I was resting was a DOOR. Old, sandstone, very dusty. I brushed away centuries of grime to reveal some glyphs. Owls and stuff.

I deciphered what I could, but my ancient Shuriman is a little rusty. Best guess, it was something about a curse. A really bad curse that multiplies? Maybe a thousand curses? This is fantastic! Like I always say: if it's not cursed, it's not worth it.

Since I couldn't locate any kind of ancient door knob, I resorted to the ultimate lockpick—my gauntlet. Sorry about your door, history, but what lies on the other side intrigues me more than a bunch of old glyphs.

This new antechamber is really intriguing. It's impeccably clean, for starters and—

Sorry, I thought I heard something. Cracks? Footsteps?

With the benefit of hindsight, my

gauntlet blast may have been too much for the support columns. Gotta go. No one remembers explorers who get smooshed.

Well, that was fun. I thought the tomb was going to collapse, because tombs always collapse, especially when I'm inside. But, what REALLY happened? Well, the door didn't lie, the antechamber was cursed.

Turns out, Oshra Va'Zaun housed the renowned Vault of Resplendent Holies. One of those “holies” is a relic that once belonged to the emperor's personal spirit-banisher, Carikkan. Looks like he used to bind troublesome entities into inanimate objects, and use them for his own dark purposes. And he died right here, where Zaun now rests!

He also had one of those slow, dimwittedA WHOLE ARMY of fiery stone-warriors, who don't like people touching old Carikkan's stuff.

blasted them ALL to smoldering smithereens!

I was able to grab this wonderfully preserved golden stele, though. It's inscribed with the legend of the "Day of Fire", and Carikkan's oath to protect the city of Oshra Va'Zaun. It's like a whole secret history that I can fit right in my satchel! This is going to change the world!

Ancient Shuriman curses really don't mess around. Not only was there that one army of fiery stone-warriors (Oh wait, were they golems?) but all of a sudden water began rushing in through the cracks in the floor. I must be somewhere under the River Pilt.

Swam through so many tunnels. Lots of locked doors. Had to resist the urge to explore them all.

Think I'm close to the surface, which is good, because I saw some nasty-looking murk-eels a few tunnels back. Disgusting creatures.

Might be a while before I can check in again, but as long as I keep this stele wrapped up in cloth and protected, this whole trip will be completely worth all the life-threatening shenanigans and tragically soaked socks.

On a sadder note, I've used up the last of my Dapper Explorer Pomade.

Sitting in Zalie's. It really is one of the best outfitters in Piltover—in fact, I'm here to take advantage of their excellent return policy. My jacket is torn to shreds. The boots weren't waterproof at all. I could say it's all defective… but Zalie has already graciously offered to tailor me some replacements.

The Explorers Guild is never going to take me seriously if I present this journal, and the stele, dressed like I've just lost a game of Krakenhand to a bunch of Mudtown buck-ringers! I have to look good. New jacket. Pants. Boots. Socks. Pomade.

Feels good to look this good. Trust me on that.

Let this official record show that I had NOTHING to do with the swarm of fiery critters that plagued the mercantile district of Piltover. I am blameless!

So, I hear you ask, who is to blame? The clerk at Zalie's.

Never let the bumbling clerk at Zalie's handle a potentially enchanted golden stele you laboriously retrieved from a lost vault in the depths of Zaun. Why? Because he will undoubtedly unwrap it, and set it on a windowsill in direct sunlight… which, of course, will conjure disembodied voices chanting in a hitherto unknown, arcane language. Then, your precious stele will begin to glow, before exploding into living shards of searing heat.

Yes. Turns out, when placed in the sunlight of an equinox, the stele unleashes old Carikkan's infernus gremlins.

Okay, so I didn't know today was the equinox. That's on me. I should invest in an almanac.

(Note to self: invest in almanac. Not from Zalie's.)

The earth is shaking. I probably should stop writing right now, because more of these little horrors are pouring out of the sewer grates. I shot a few of them with my gauntlet. They didn't like that one bit, and winked out of existence pretty quickly. Result!

So, yeah. All the proof I have of the entire caper is this journal, and my own good word.

The preliminary hearing is set for next week.

Need to read up on Piltover's libel and slander laws. I'll be representing myself, obviously.
▲ TOP ▲