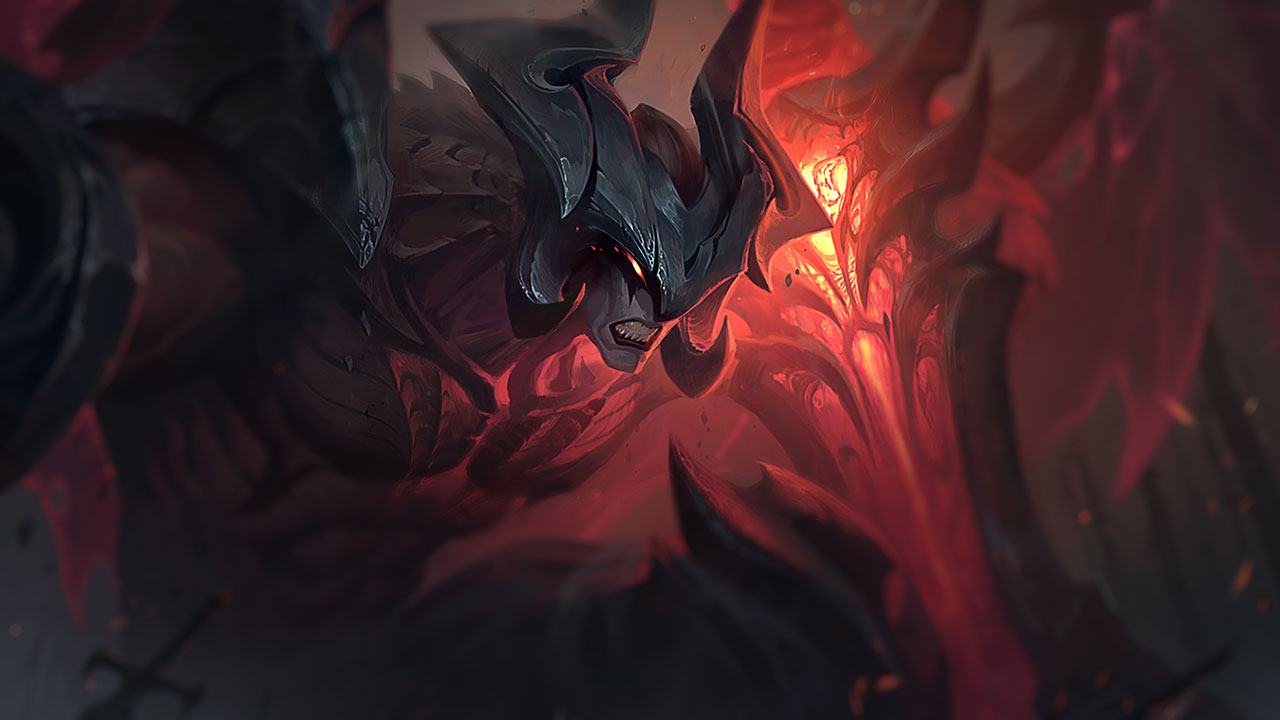 Aatrox is a champion in League of Legends.[1]

Innate: Aatrox periodically empowers his next basic attack to gain

target's maximum health as bonus physical damage, capped at 100 against

heals for 100% of the post-mitigation damage dealt, reduced to 25% against

Whenever Aatrox hits at least one enemy

monster with a basic attack

on-hit or an ability, the

cooldown of Deathbringer Stance is reduced by 2 seconds, modified to 4 if he hits with the Sweetspot of

Aatrox performs a strike with his greatsword for each of the three casts, dealing physical damage to enemies struck within an area. Enemies hit within a Sweetspot of the area are dealt

knocked up for 0.25 seconds. Each subsequent cast increases The Darkin Blade's damage by 25%.

First Cast: Aatrox's first strike affects a 625 × 180-unit rectangular area in the target direction, with him centered on the back line and the Sweetspot at the farthest edge.

Second Cast: Aatrox's second strike affects a trapezoidal area in the target direction, with the Sweetspot at the farthest edge. The hitbox begins 100-units behind Aatrox and extends 475-units in front of him, measuring between 300 and 500-units wide from behind to in front.

Third Cast: Aatrox's third strike affects a 300-radius circular area centered on a target location that is 200 units in front of him, with a 180-radius Sweetspot within.

The Darkin Blade deals 55% damage against

knock up duration from hitting the Sweetspot is doubled to 0.5 seconds against 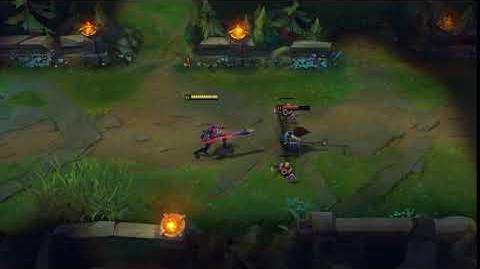 Active: Aatrox sends a chain in the target direction that deals physical damage to the first enemy hit, doubled against

If Infernal Chains hits an enemy

tether is formed between a source within the impact area and the target for 1.5 seconds, during which the target is

If the tether is not broken by the end of its duration, the target is dealt the same physical damage again and

pulled to the center of the area. 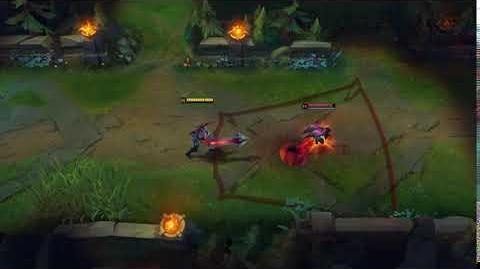 heals for a percentage of the non-

persistent post-mitigation damage he deals against enemy champions, increased during

dashes in the target direction.

resets Aatrox's basic attack timer and can be cast during his other abilities without cancelling them and vice versa. 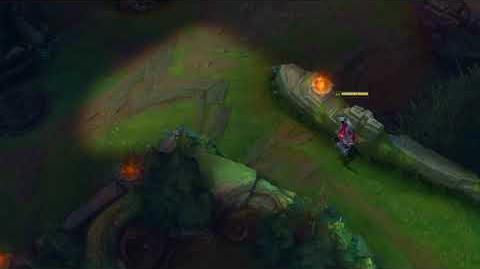 monsters for 3 seconds, during which they are gradually

slowed by up to 99% over the duration. For the next 10 seconds, Aatrox gains

bonus movement speed, decaying by 10% of the current bonus every 0.25 seconds.

self-healing from all sources.

takedown extends World Ender's duration by 5 seconds, refreshing its effects up to the original amount.

"I am Aatrox, I am the World Ender!"
Info 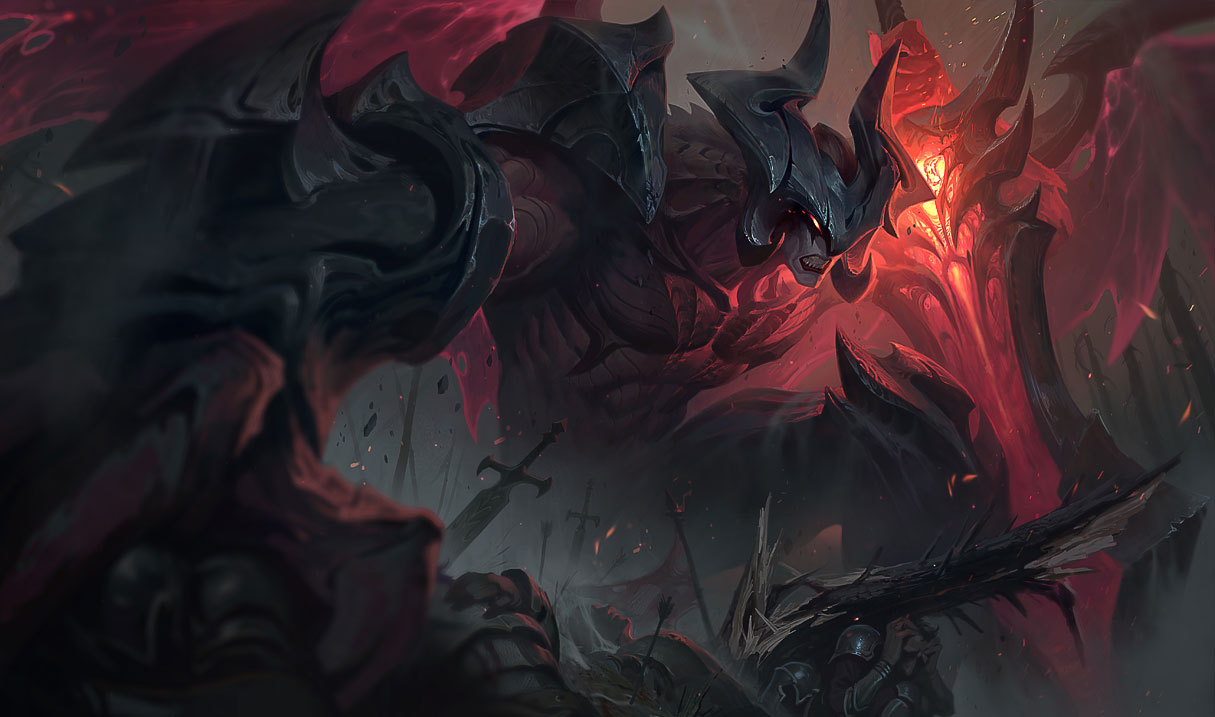 975
12.06.2013
Once honored defenders of Shurima against the Void, Aatrox and his brethren would eventually become an even greater threat to Runeterra, and were defeated only by cunning mortal sorcery. But after centuries of imprisonment, Aatrox was the first to find freedom once more, corrupting and transforming those foolish enough to try and wield the magical weapon that contained his essence. Now, with stolen flesh, he walks Runeterra in a brutal approximation of his previous form, seeking an apocalyptic and long overdue vengeance. 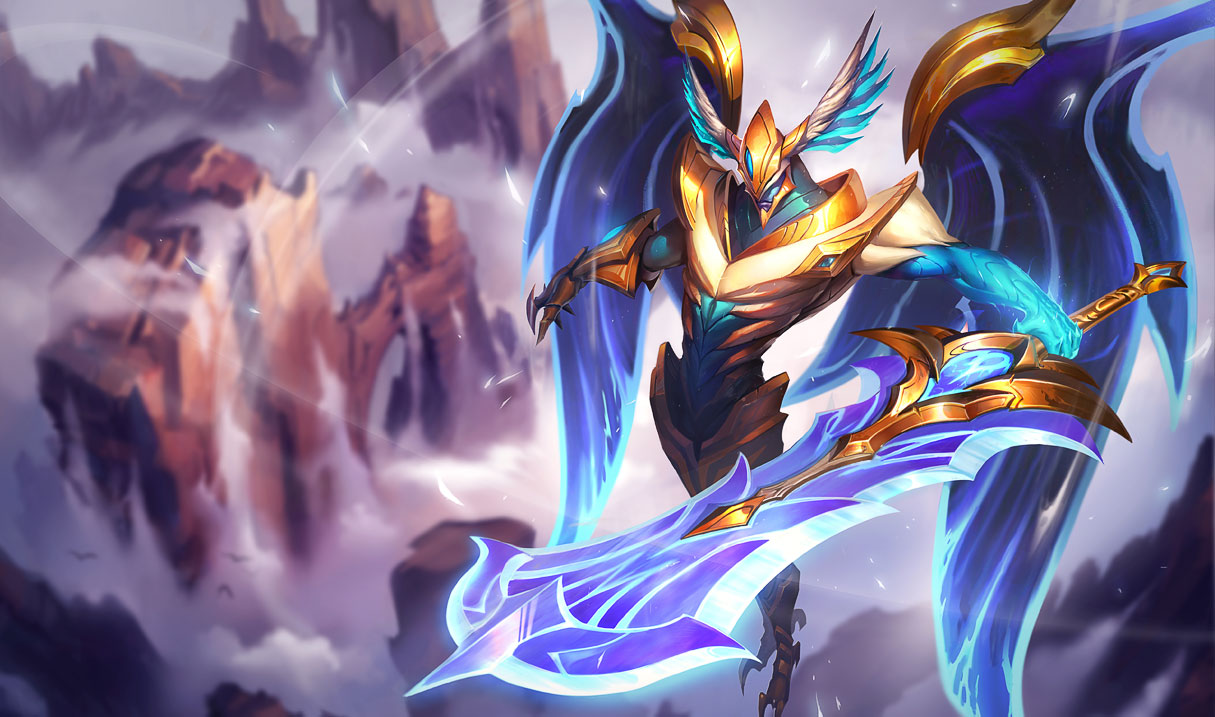 975
12.06.2013
Chief among the Arclight stand the Justicars, sentinels who serve as living embodiments of justice and order. Aatrox embodies power, for it is his martial prowess that holds the chaos back. 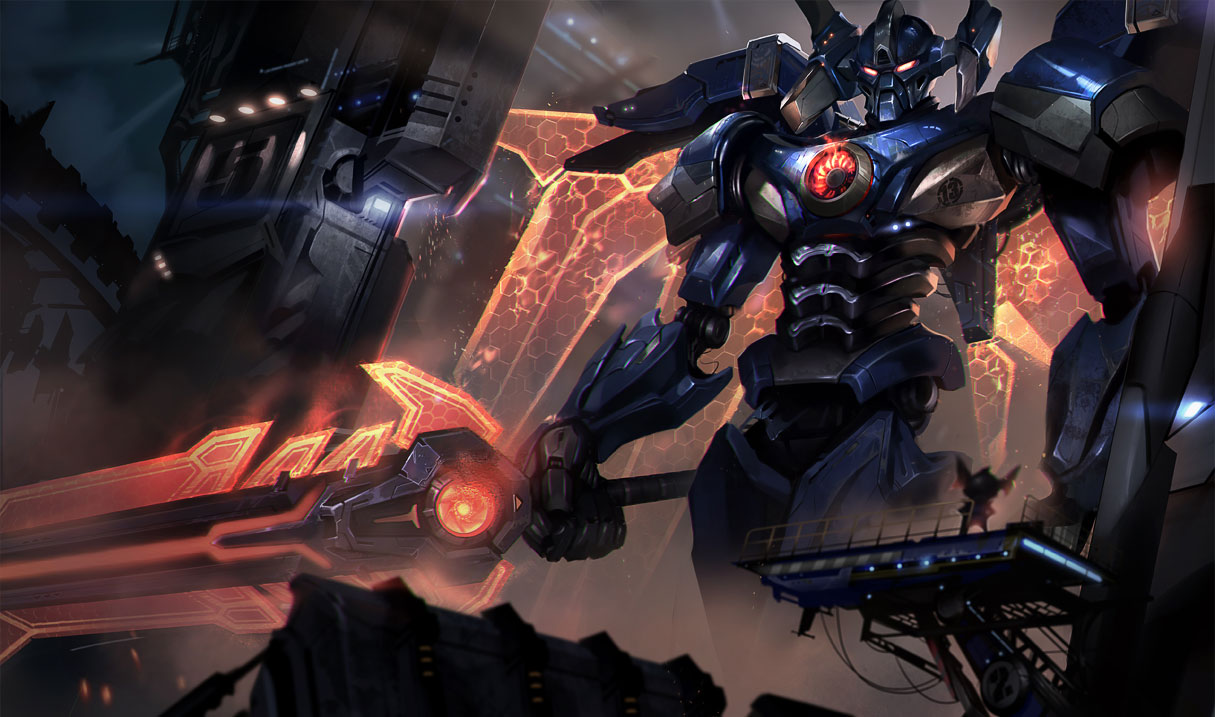 1350
23.07.2014
Designated ATRX-1, the “Mecha Aatrox” unit was developed in response to 'gliding' kaiju with the capability of limited flight. In addition, ATRX-1 wields a thermal blade that can turn residual light particles into a heated cutting edge. 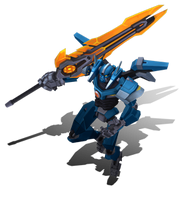 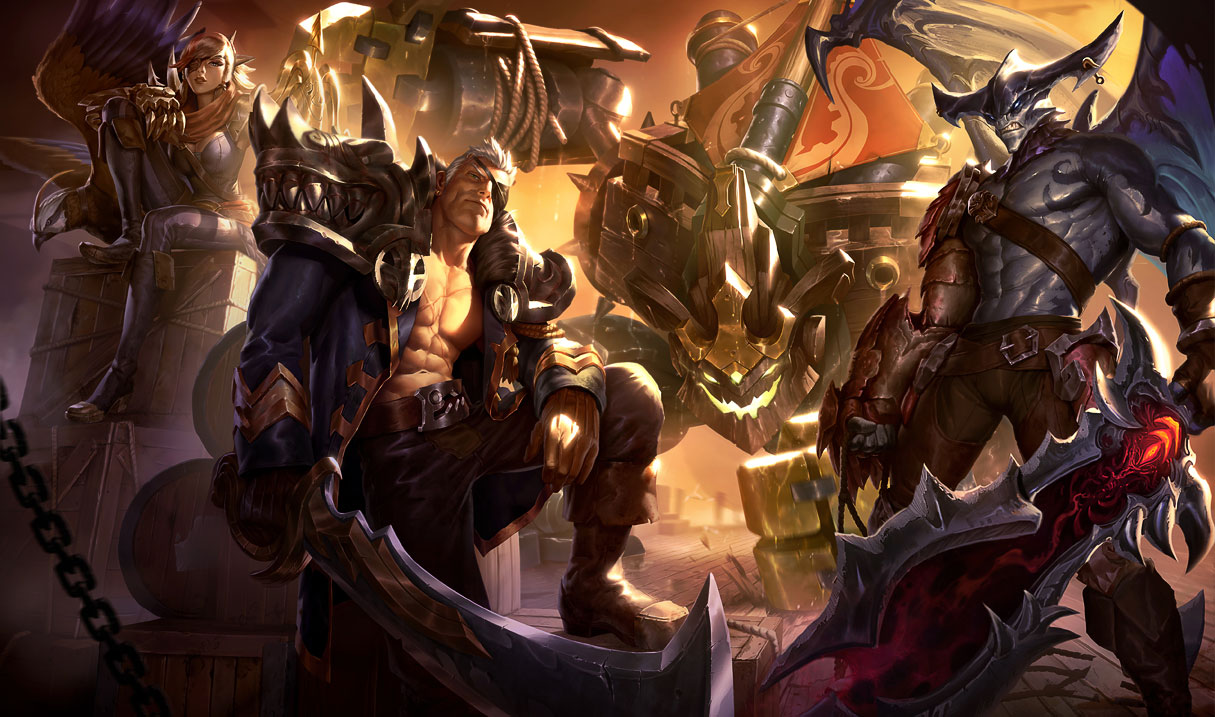 750
22.07.2015
Bilgewater is home to many bounty hunters, but those looking to track a target through hundreds of miles of open ocean go to the hulking creature known as Aatrox. Cool, professional, and capable of rapidly regenerating from near-fatal wounds, with Aatrox you'll always know your bounty is in good hands. 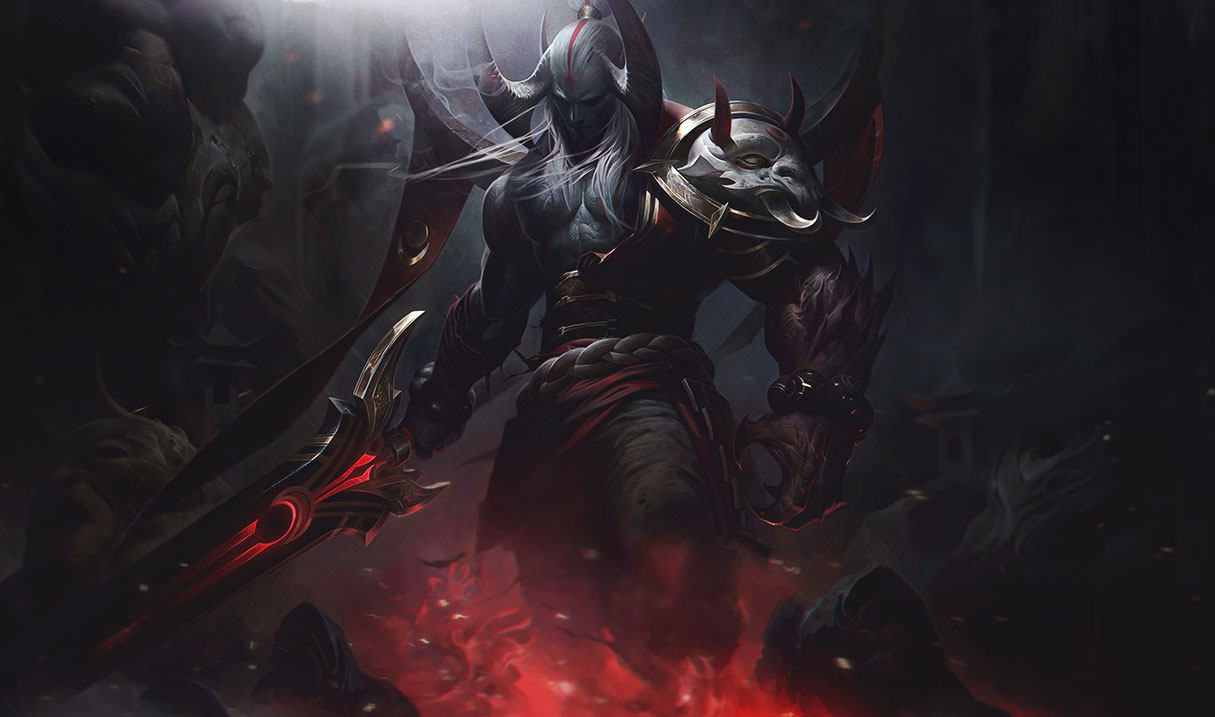 1350
10.01.2019
Ancient manuscripts tracking the orbit of the Blood Moon describe it not as celestial phenomenon, but as a cosmic womb. As the seasons grow shorter and the cult's activity continues to increase, some worry it will give birth to a new kind of demon—a creature helping to bring about its own dark ascendance. 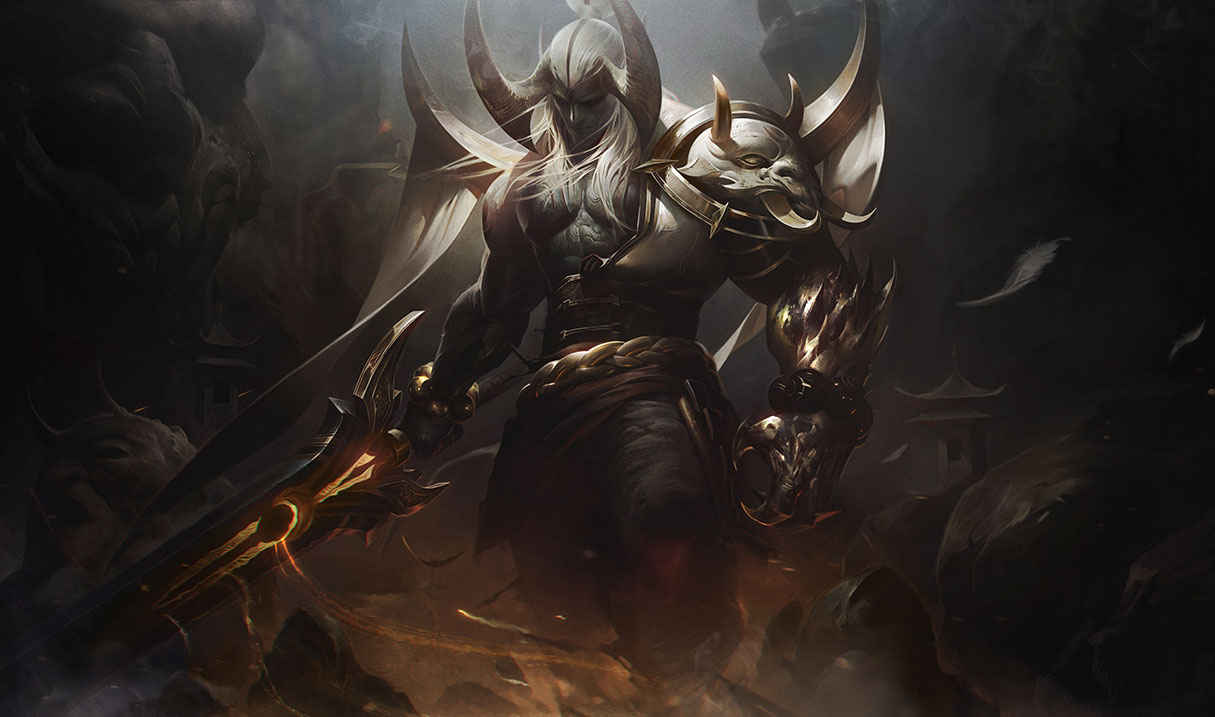 Prestige Blood Moon
View in 3D
Special
10.01.2019
Aatrox has been loosed upon the mortal plane. A creature born in the heart of the Blood Moon, he is the progenitor of all demons, and a malignant darkness that will consume the entire world. 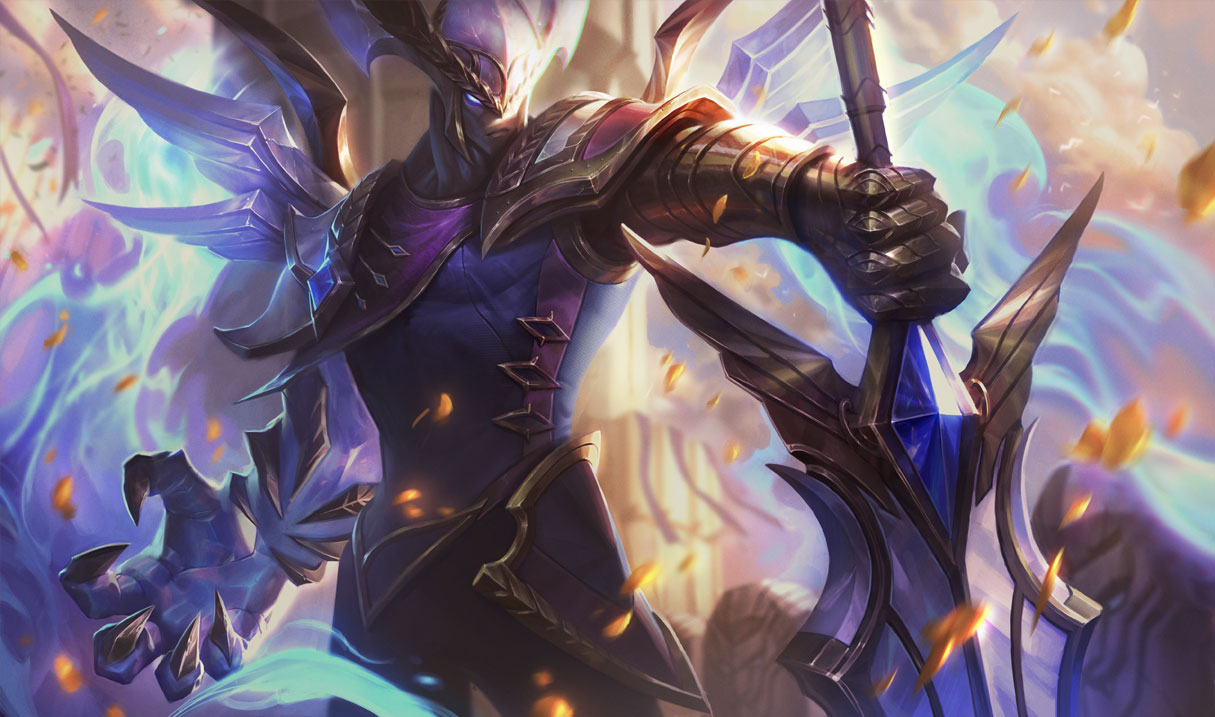 Victorious
View in 3D
Special
21.11.2019
Victorious Aatrox was awarded to players who reached Gold or higher in the 2019 season. With arm and sword sculpted from crystal quartz, he stands as a monument to all who wish to achieve greatness. 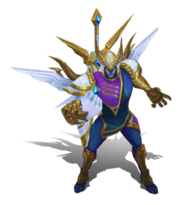 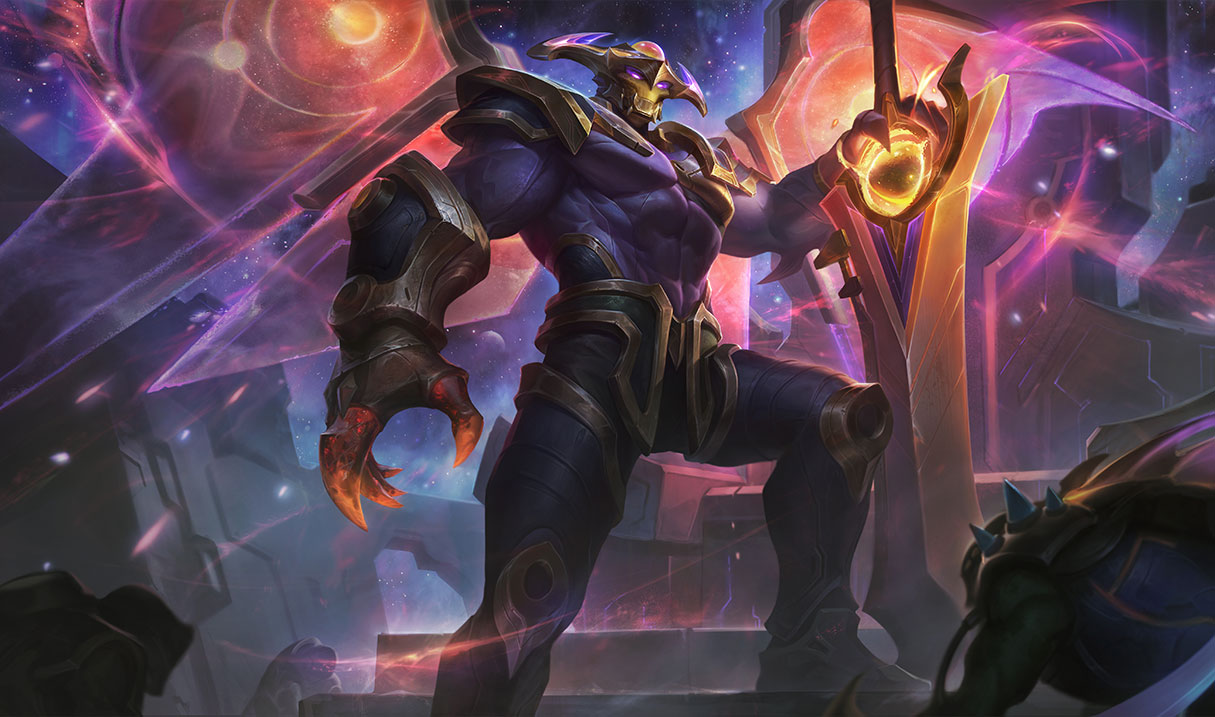 1350
15.10.2020
Aatrox is a violent and notorious crime lord whose name is feared throughout the criminal underworld. He is also disfigured by Ora abuse. Seeking to purge the substance from his body, he abducts Templars to extract it—and kills them when they are unable to do so. He has seized a number of high ranking Templar priests in order to draw out Karma, who he believes will finally heal him. 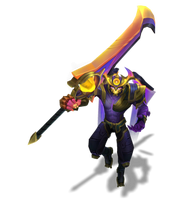 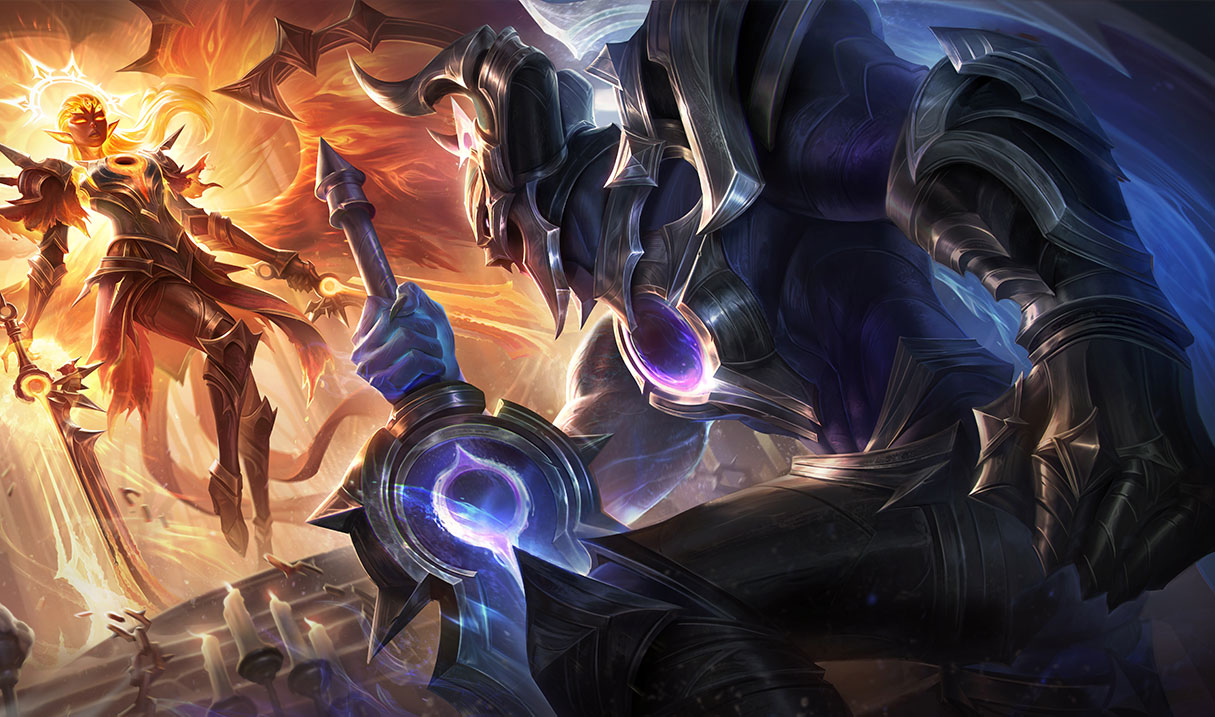 1350
28.04.2022
One of the few who took up the mantle of the Eclipse Knights in the days of old, Aatrox hopelessly pined for Kayle's affections… but she could only ever love the blazing sun. When she devoured it, the entity's lunar corona consumed him. He exists now as Kayle's monstrous, once-noble shadow, ever at her side. 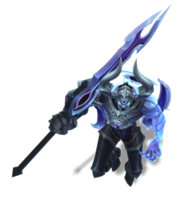