10th Anniversary Event was a celebratory group of events at that happened during the whole month of October in 2019. The group of events were held in celebration of the 10th birthday of the League of Legends game.

These includes the events that happen in the League of Legends game. Note, 2019 Worlds Championship and Season Ten Preseason also happen around the time of the event. The list does not includes the two events.

The event was announced back in August.[2]

The main event is the Riot Pls livestream.[3] Here are the announcements made during the livestream.

Right after the event is the release of League of Legends: Wild Rift and Legends of Runeterra Open Beta.

Other notable media events that were hosted by Riot Games outside of the Riot Pls 10th Anniversary Edition. 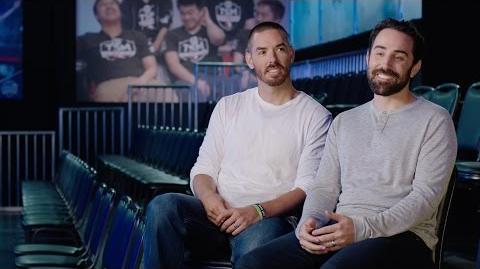 Retrieved from "https://leagueoflegends.fandom.com/wiki/10th_Anniversary_Event?oldid=2877996"
Community content is available under CC-BY-SA unless otherwise noted.