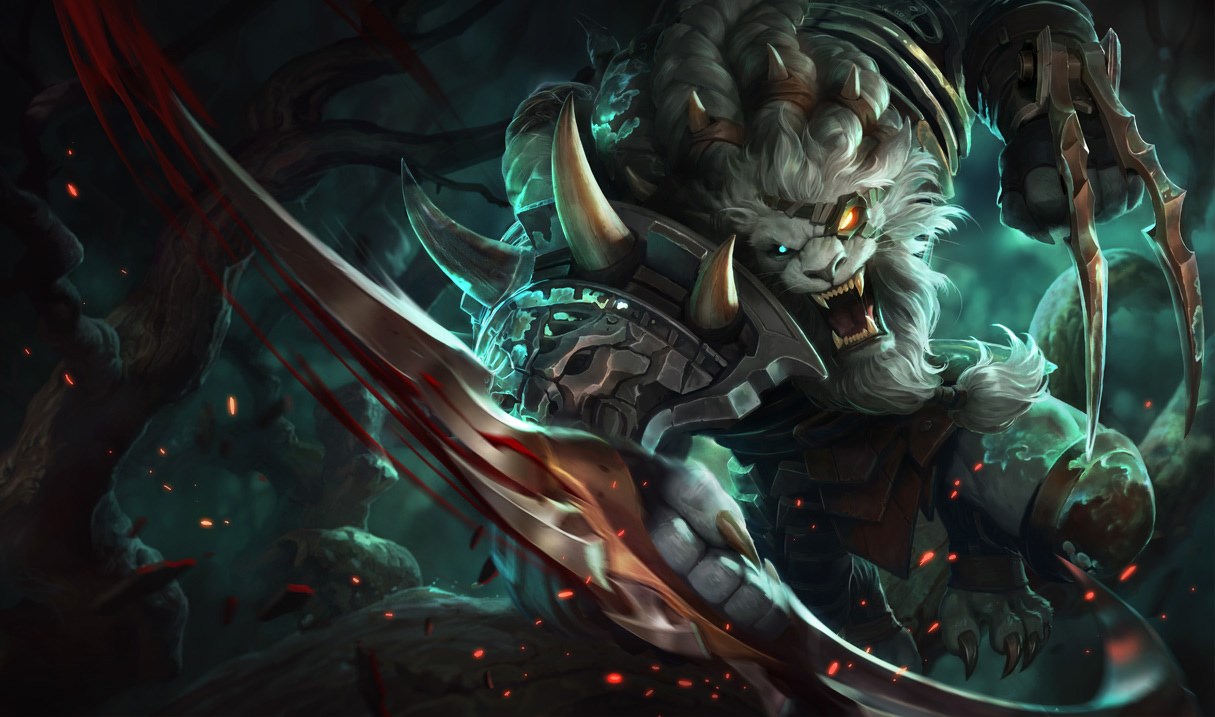 Rengar's abilities have no cost related to them and their use is limited only by cooldowns. Instead, he uses his secondary resource bar to display his unique mechanic: Ferocity.

Scoring a kill or assist on

Kha'Zix during the event, The Hunt is On!, causes this item to upgrade into the

Head of Kha'Zix, which permanently grants the effects of all 14 trophies.