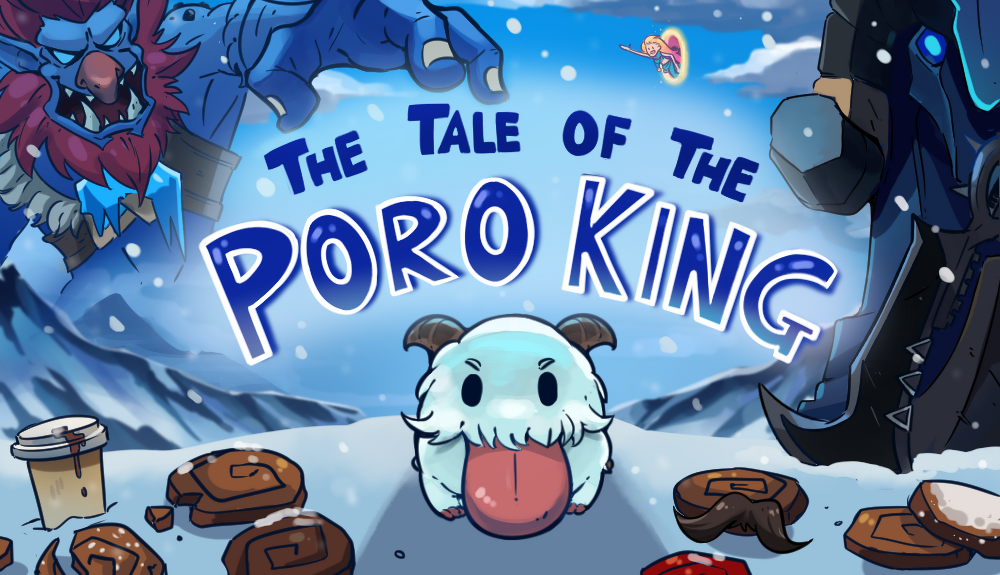 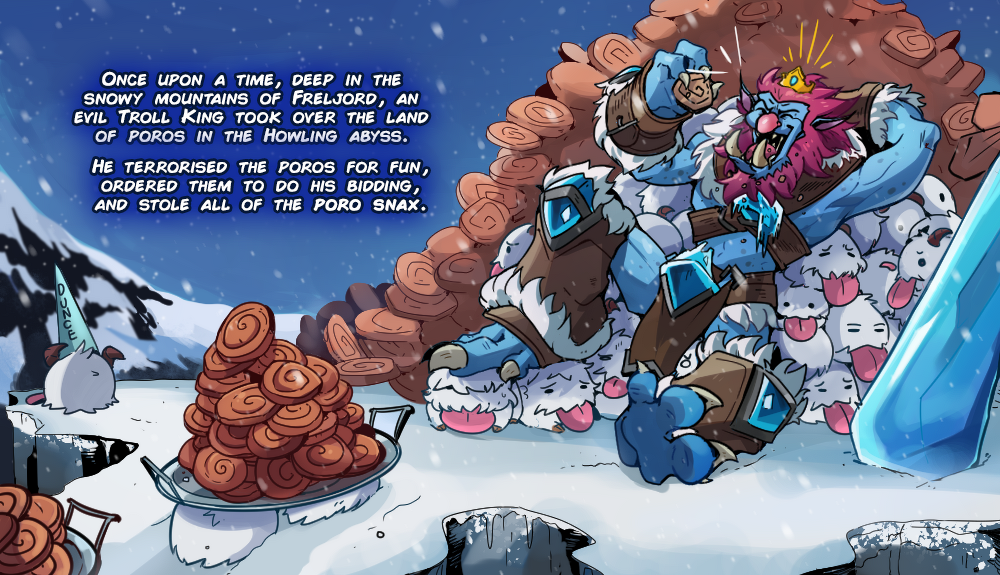 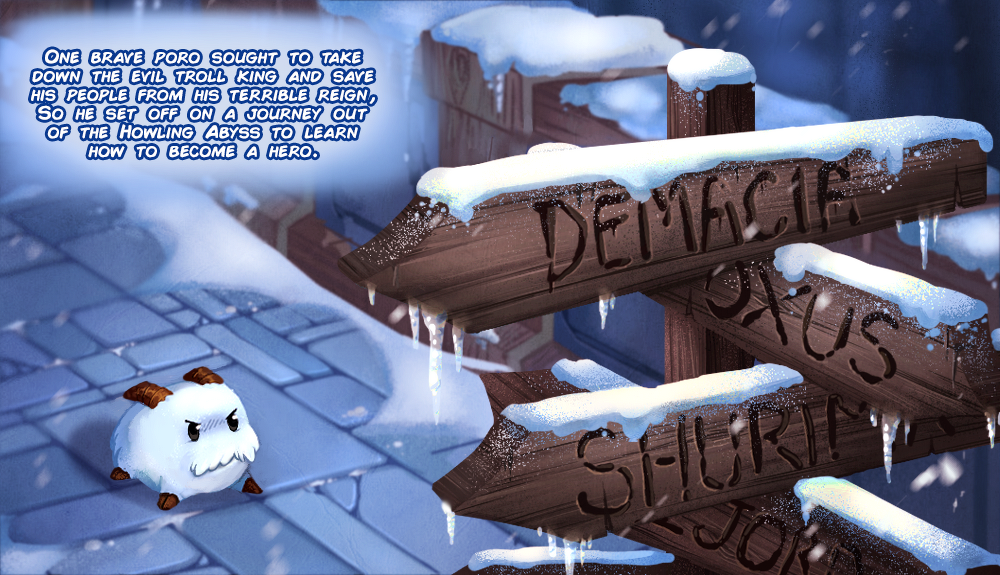 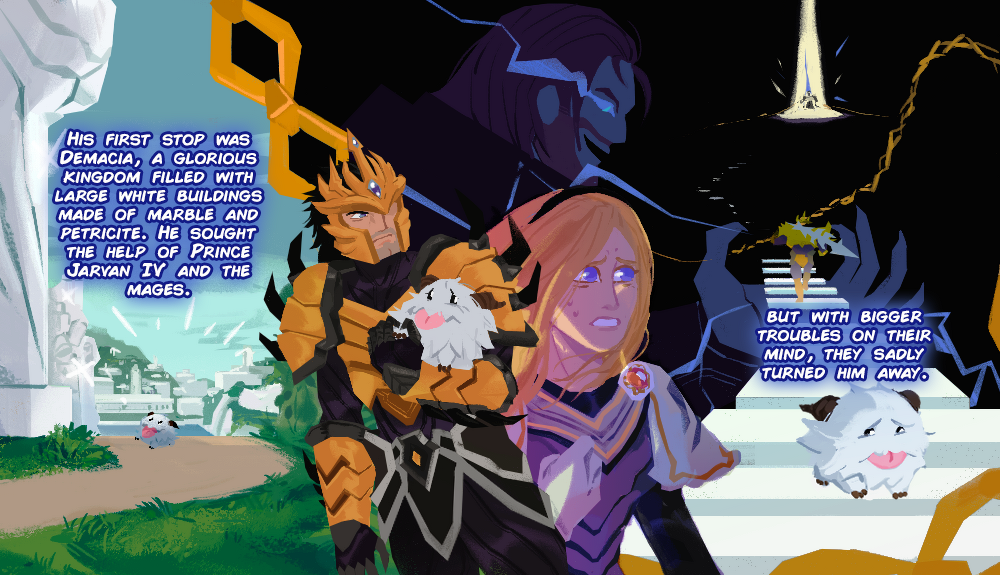 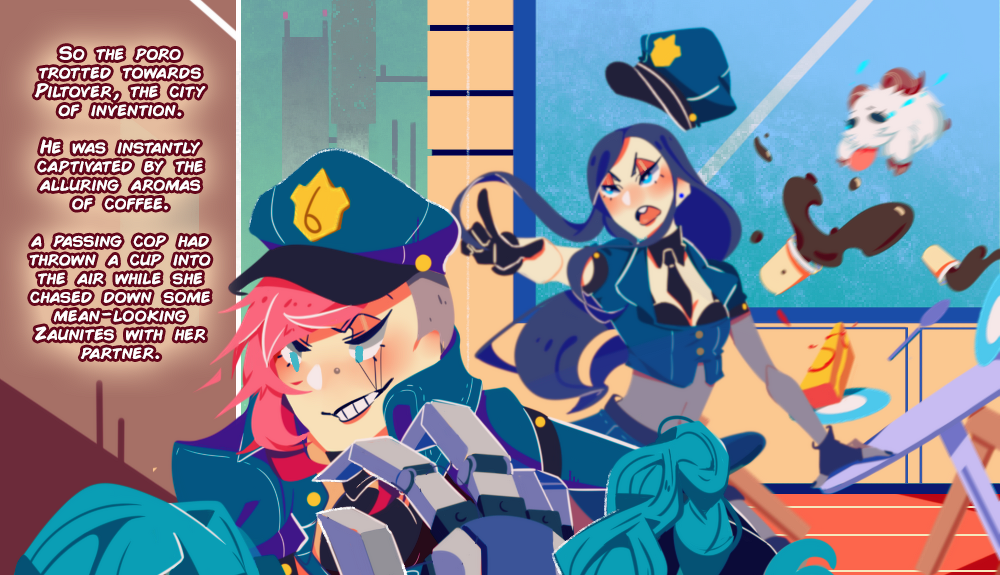 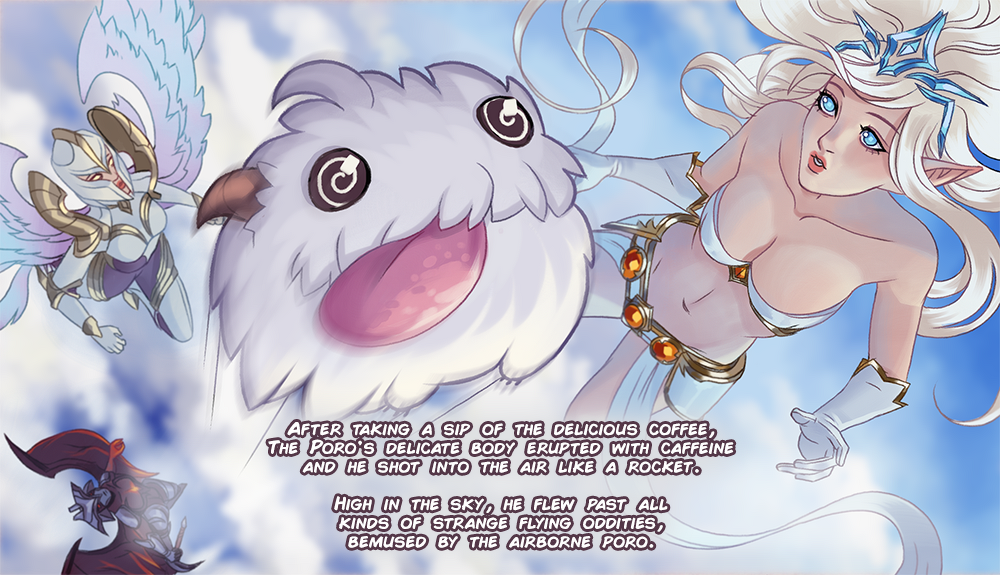 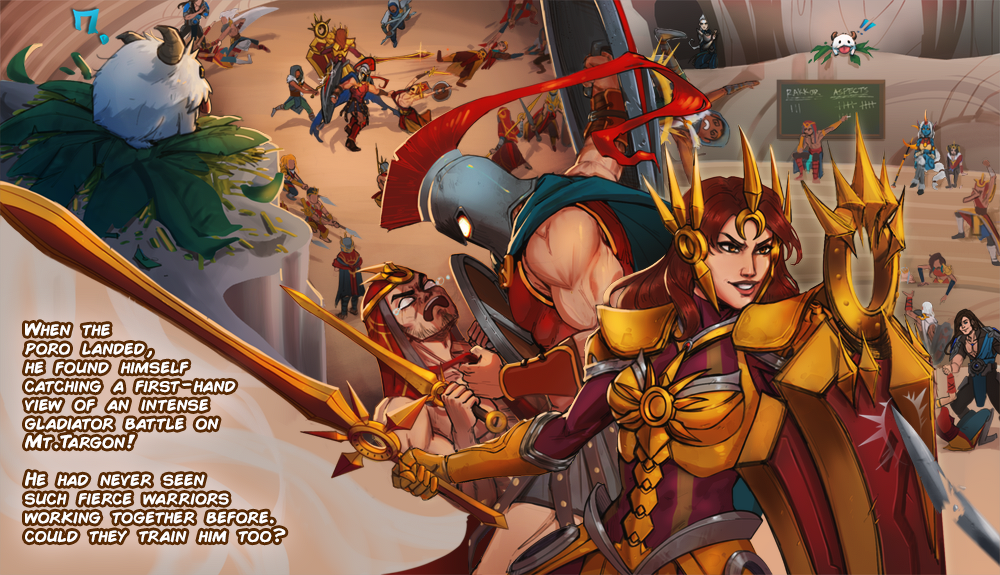 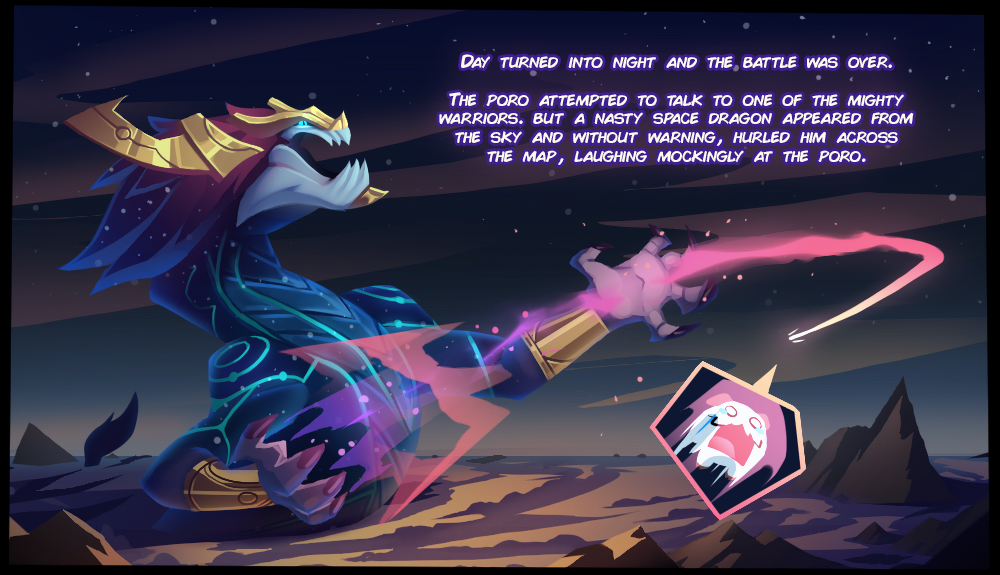 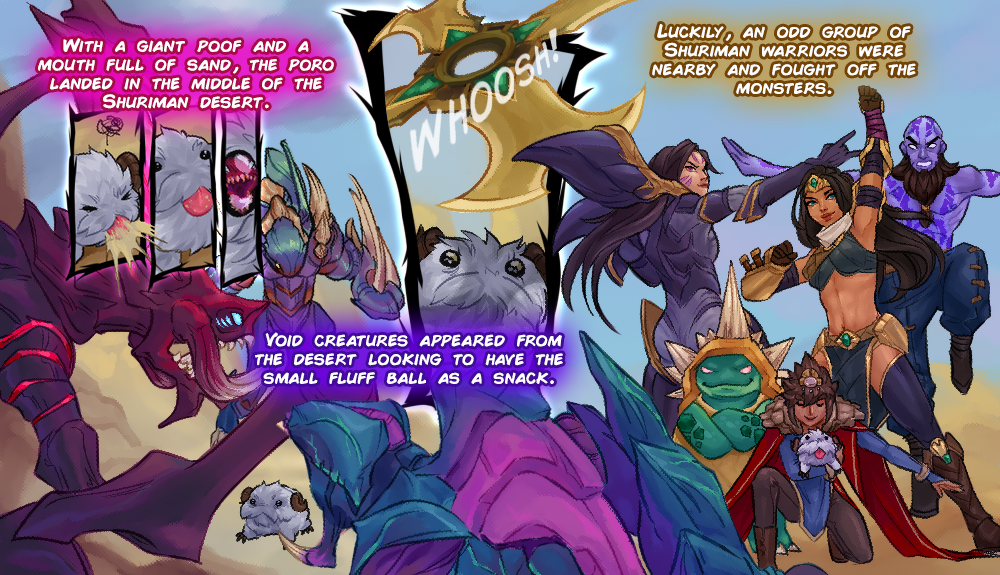 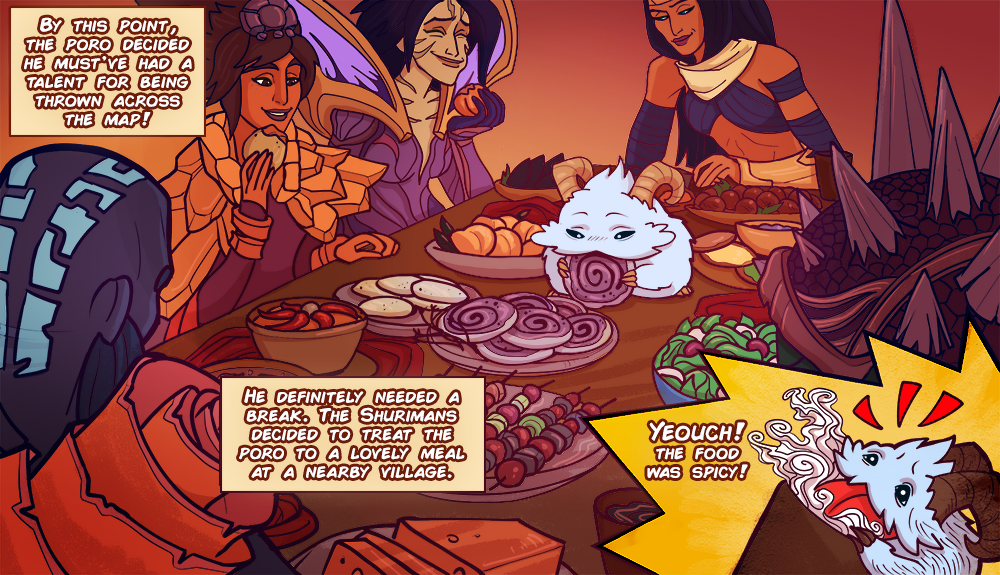 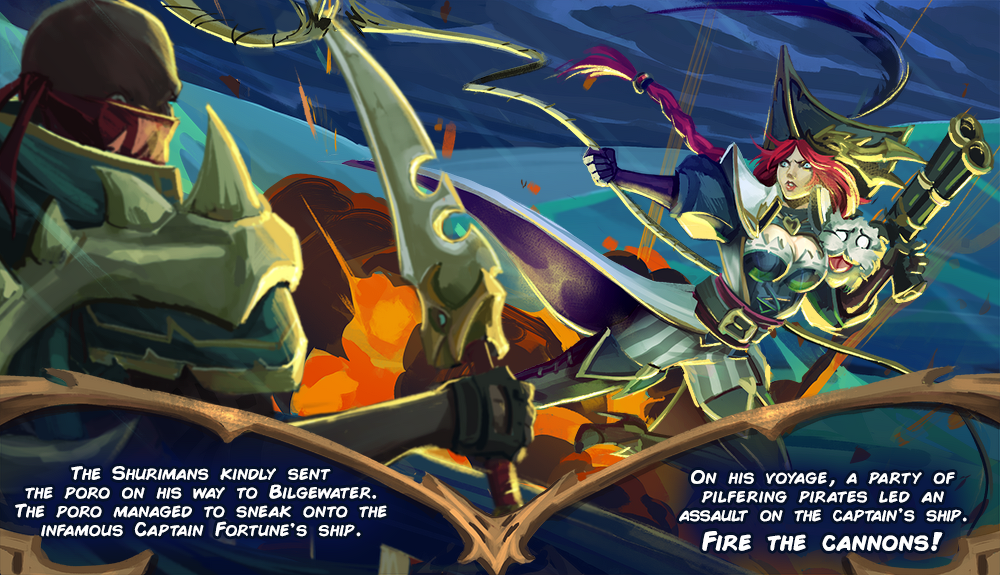 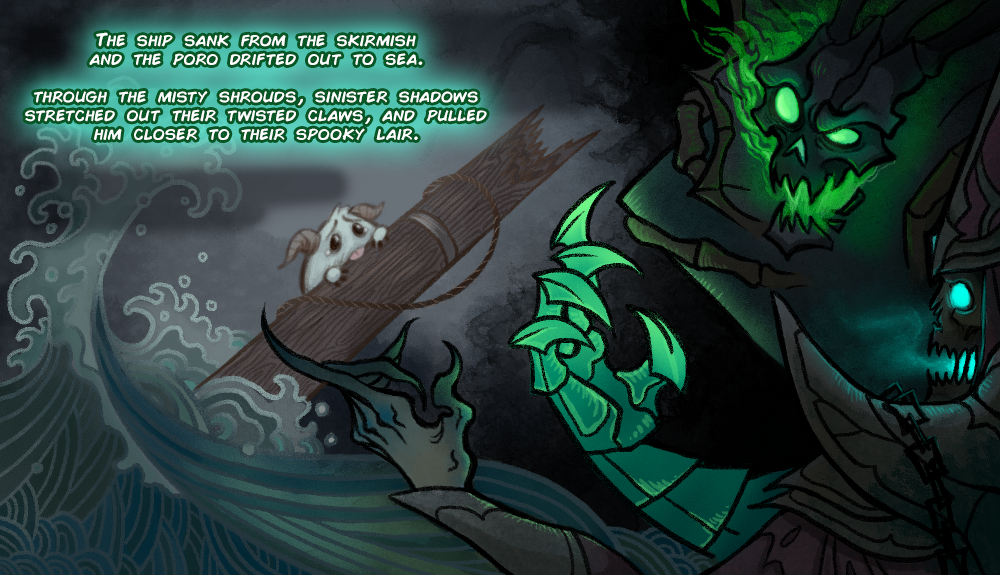 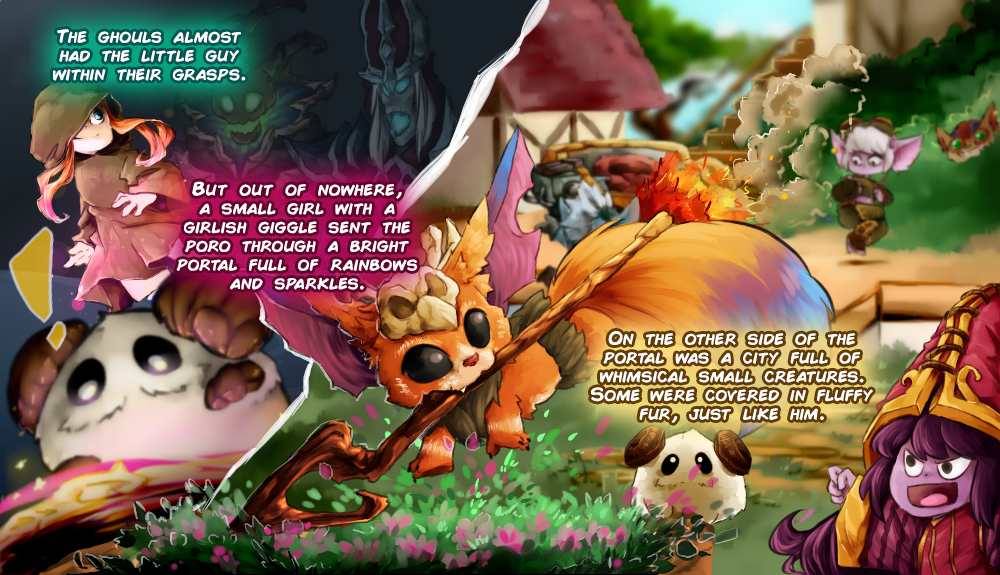 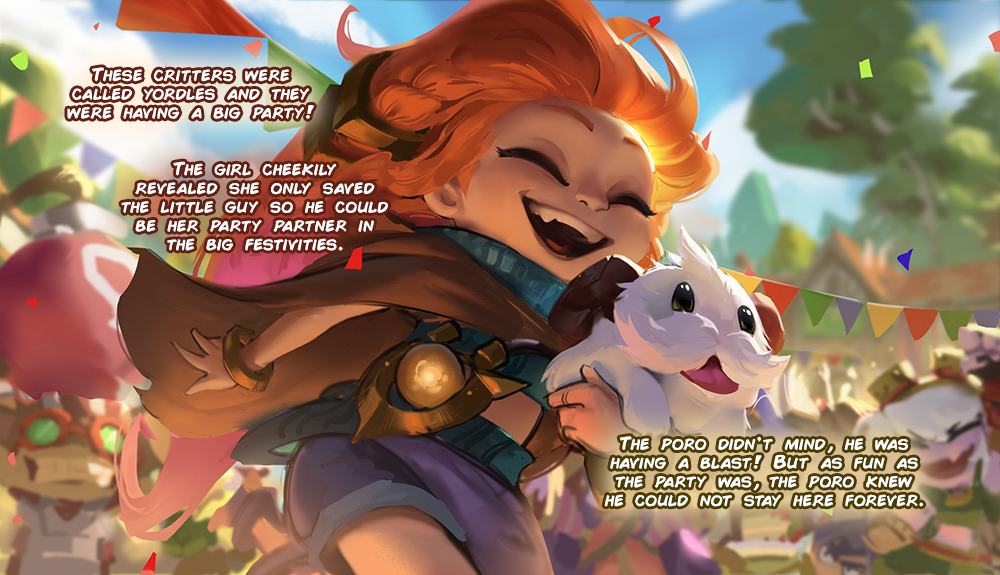 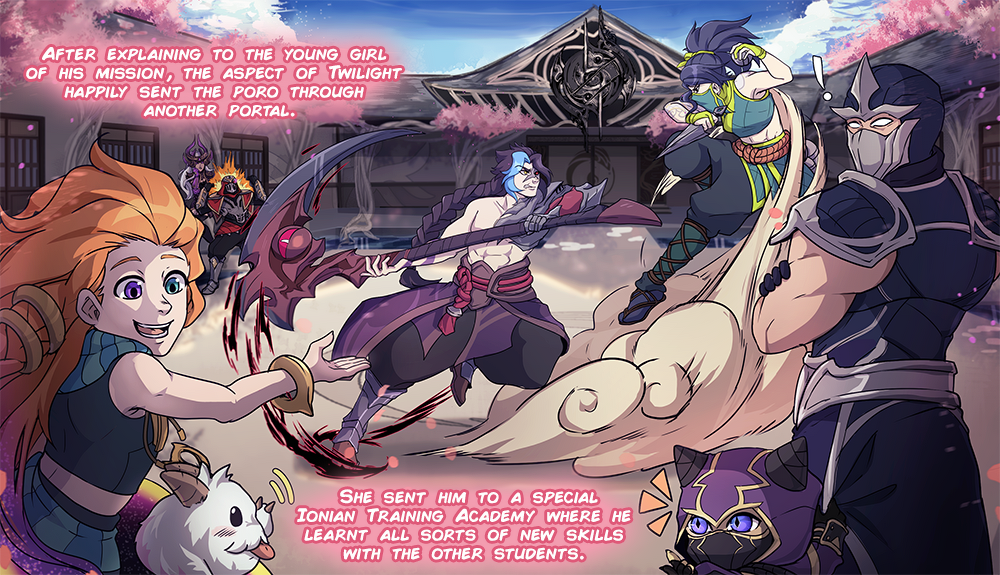 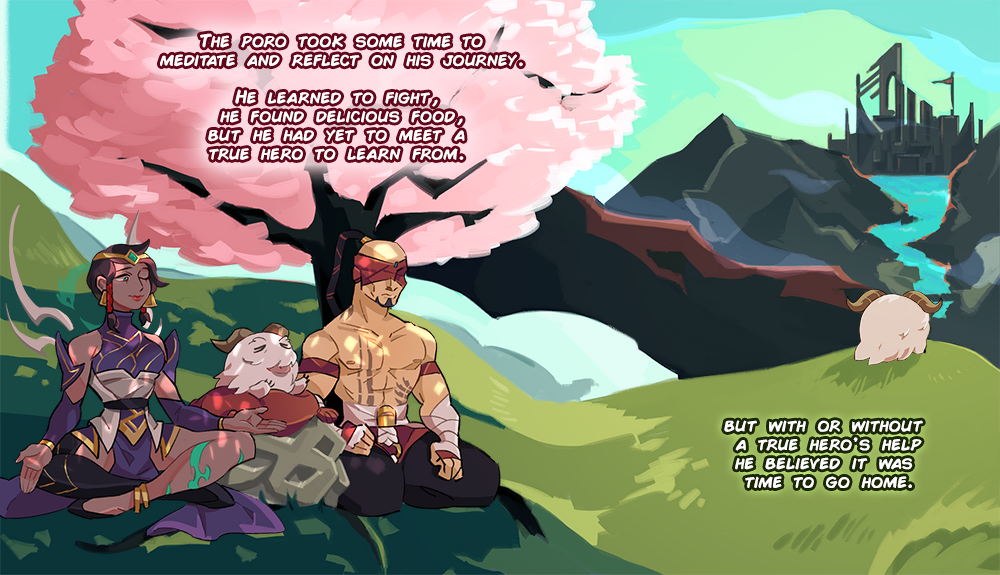 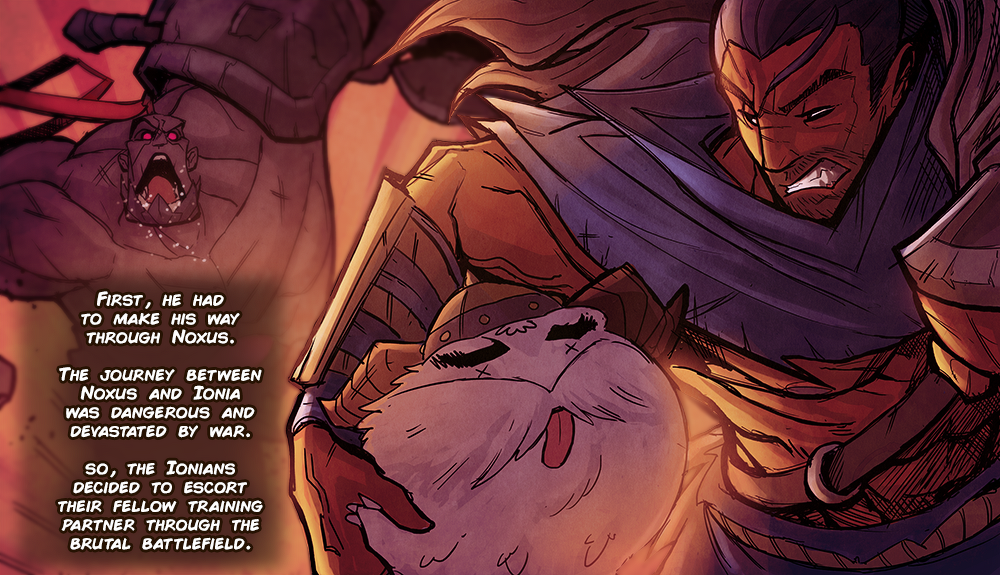 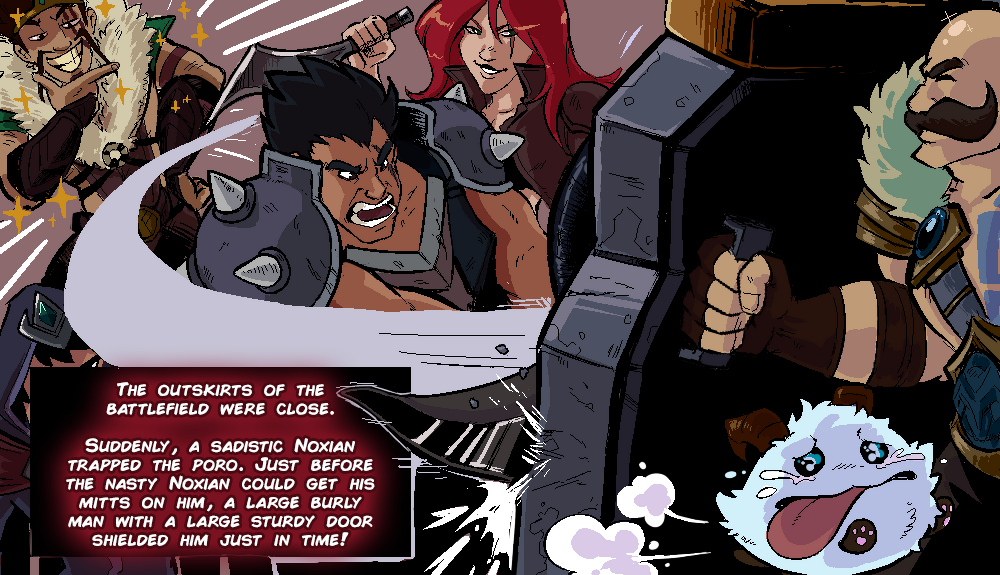 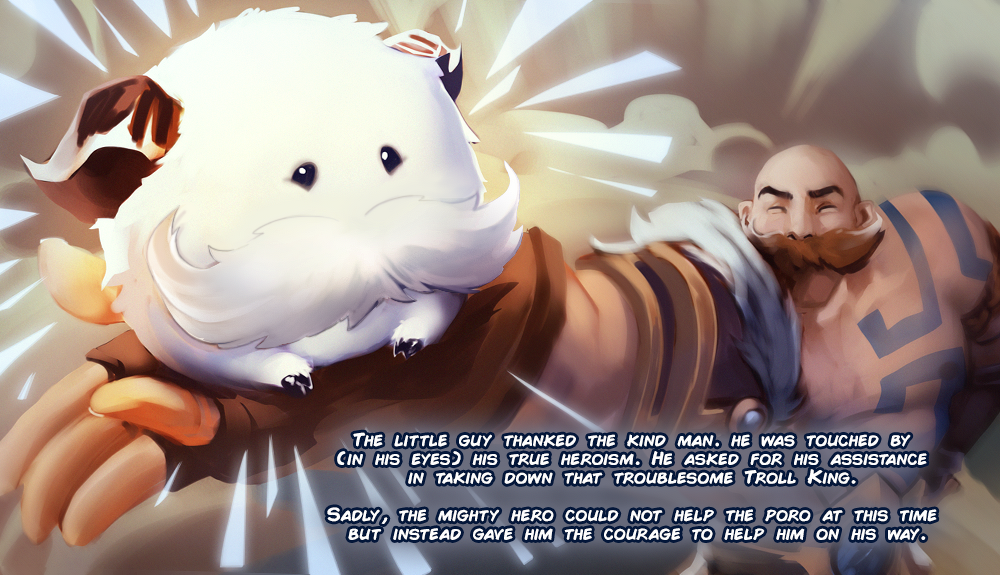 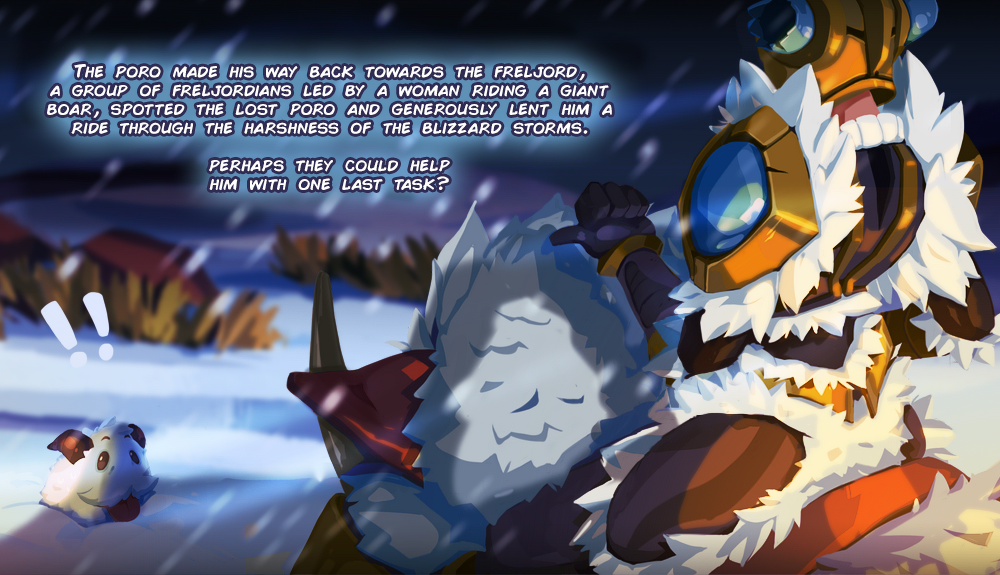 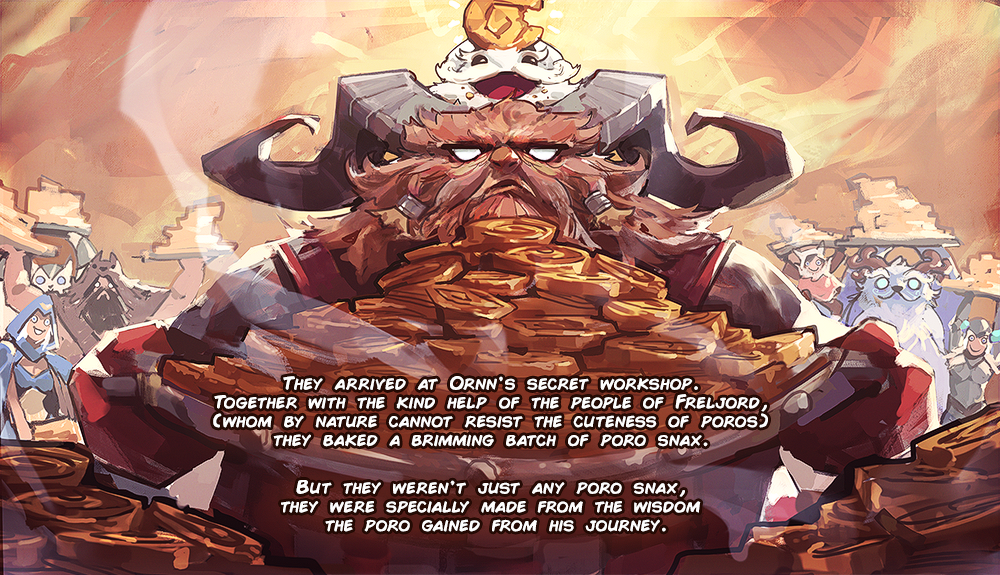 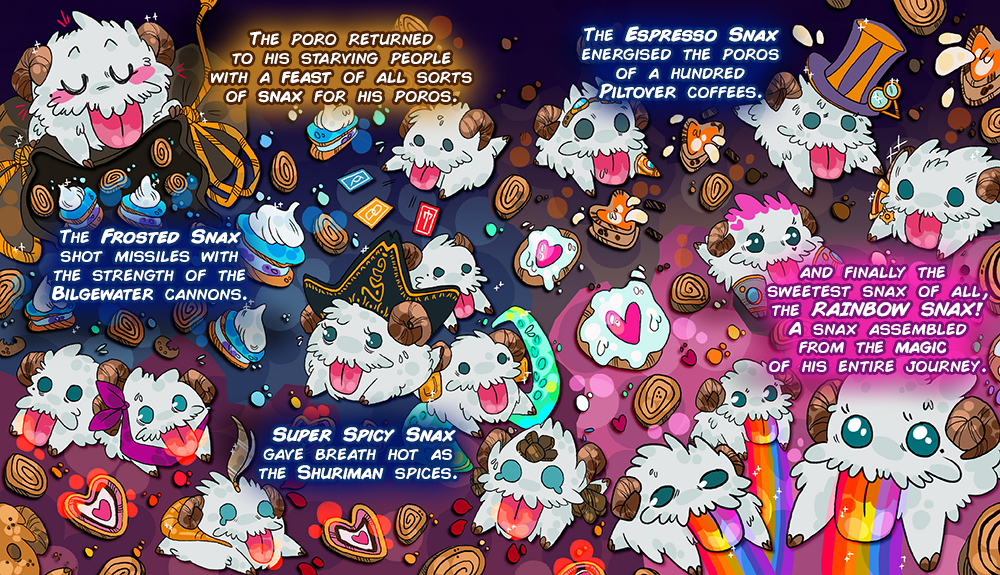 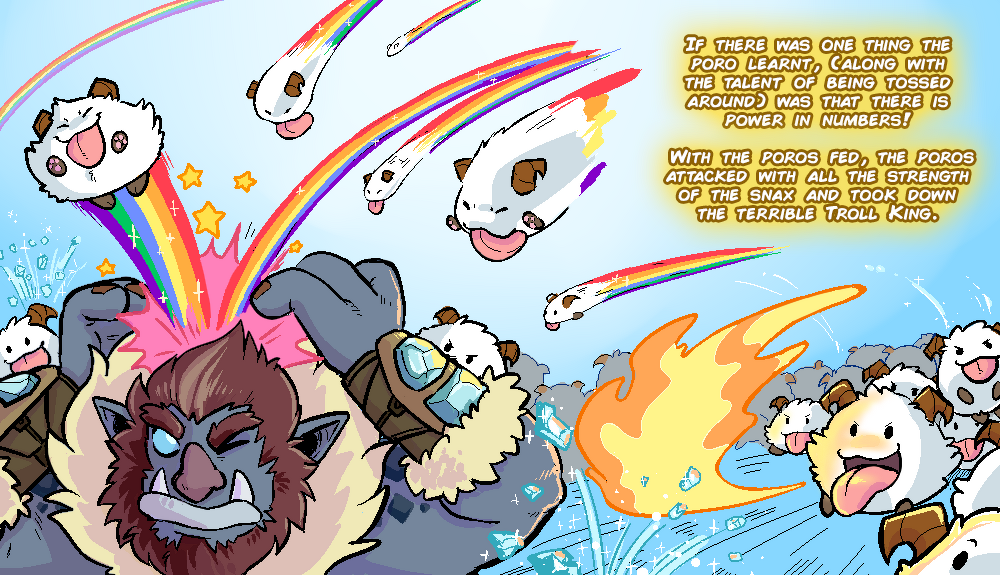 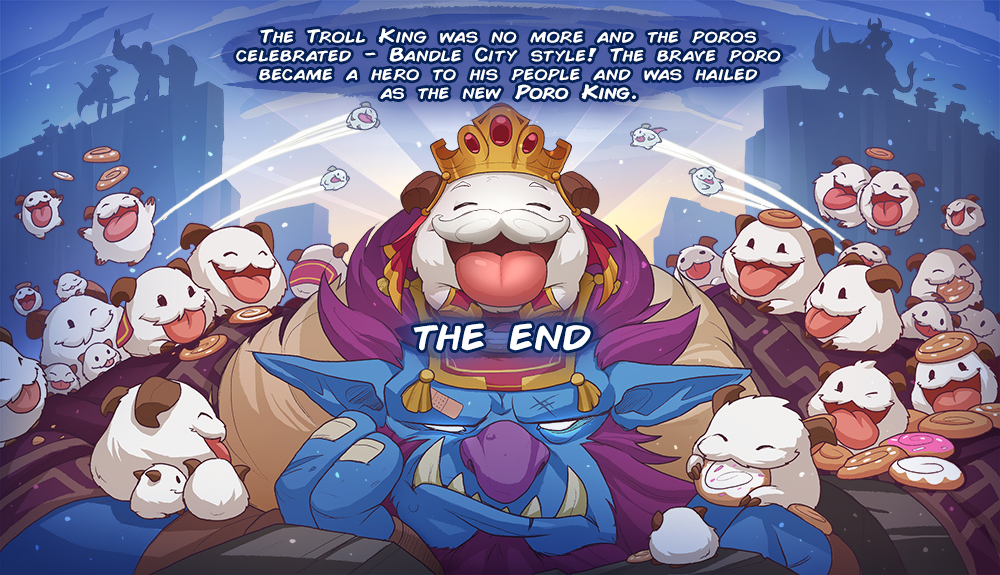 League of Legends fanartist extraordinaire Risu got together with a bunch of other League fanartists to create “The Tale of the Poro King,” a fun, silly illustrated story all about one small poro’s journey from zero to hero! We talked to her about how, she brought this project to life.

A cute story focused on Runeterra’s favorite fluff balls is such a fun idea! What inspired you to tell this specific tale?

Risu: I wanted to write a story that everyone could enjoy no matter what faction or champion was your favourite. Everyone had pitched some ideas but I knew what I wanted most was an exploration of Runeterra. We all agreed on a heroic poro (who would become the poro king) going on a journey as the final idea because they’re fairly neutral to all of the politics of the world and also well… poros are just so gosh darn cute!

And this is a collab between a bunch of artists right? How’d you pull everyone together?

Risu: Anyone who knows me knows that I LOVE comics and I love telling stories. I wanted to put together an animatic at first but it made more sense in the end to create a storybook. After I wrote the tale, everyone who was interested got to pick a scene from the story that they wanted to draw and they were off!

What the one thing you’re most proud of in “Tale of the Poro King”?

Risu: Honestly I’m so proud of all of the artists who worked on the drawings, so much talent! It was really fun to see someone else’s interpretation of a scene that maybe I would’ve done differently if I had drawn this myself. It just goes to show there are so many different ways to tell a story. Thank you everyone for your hard work!
▲ Nach Oben ▲